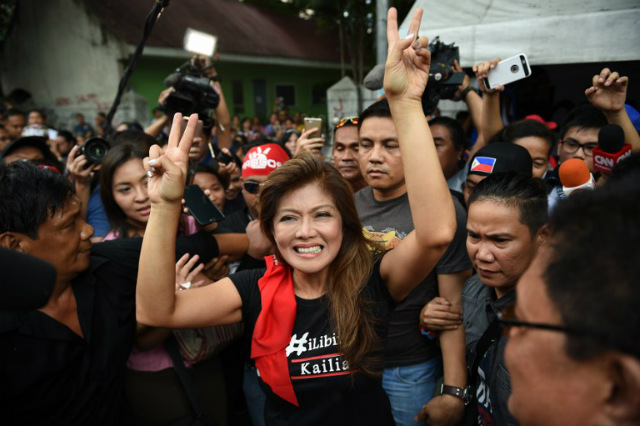 MANILA, Philippines – Following the lead of their bishops, the Catholic lay council of the Philippines slammed as “barefaced disrespect” the planned hero’s burial for dictator Ferdinand Marcos.

The Sangguniang Laiko ng Pilipinas (Council of the Laity of the Philippines) then urged the Cabinet to help “in influencing the heart and mind” of President Rodrigo Duterte on the matter. It was Duterte who approved a hero’s burial for the late dictator.

“The Sangguniang Laiko ng Pilipinas believes that the Supreme Court’s decision rejecting the petitions to stop the burial of the late dictator Ferdinand Marcos in the Libingan ng mga Bayani is a barefaced disrespect to the victims of one of the darkest moments in the history of our people and our country in general,” the council said in a statement signed November 11.

The group, also called Laiko, issued this statement after the Supreme Court on November 8 voted 9-5 to allow a hero’s burial for Marcos.

Laiko added, “Burying Ferdinand E. Marcos alongside our nation’s heroes who fought for our freedom is a great insult to the thousands of victims of atrocities committed during his reign.”

“Burying him at the Heroes’ Cemetery is a mocking act that will send a strong distorted message to our young people that in this country, dictators, plunderers, and executioners are being rewarded,” the group continued.

The Laiko statement was signed by its president, Zenaida Capistrano, on behalf of the group’s board of directors.

Laiko is the arm of the Catholic Bishops’ Conference of the Philippines (CBCP) that is in charge of implementing lay initiatives.

On November 9, the CBCP also condemned the SC ruling to allow a hero’s burial for Marcos.

“We see this as another step to build the culture of impunity in the country,” CBCP president Lingayen-Dagupan Archbishop Socrates Villegas said. – Rappler.com