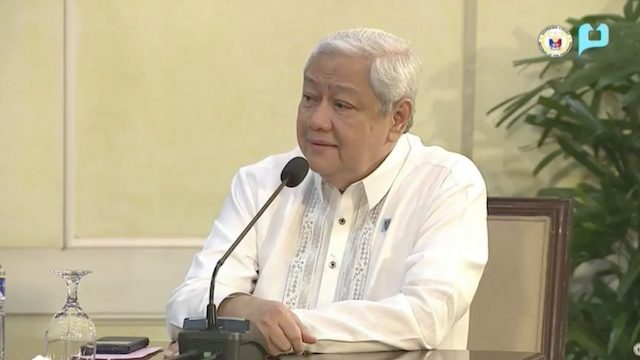 MANILA, Philippines – Court of Appeals (CA) Associate Justice Romulo Borja brought up two proposals to help bring down the caseload of justices and speed up the resolution of cases: provide financial security for justices and cut down on the sources of delay in judicial processes.

Borja raised the suggestions during the public interview conducted by the Judicial and Bar Council on Thursday, November 17, for the post of Supreme Court (SC) associate justice. The JBC was conducting interviews for candidates vying for the position of retiring Associate Justice Arturo Brion. (READ: EXPLAINER: How the Judicial and Bar Council works)

The 68-year-old Borja was first asked by JBC member Maria Milagros Fernan-Cayosa how he planned to resolve his caseload, given his case disposition of an average of 19 cases a month. If appointed to the SC, Borja would have about 22 months before he reaches the mandatory retirement age of 70.

Borja acknowledged that he cannot resolve all his assigned cases in 22 months without risking his health, adding that he does not believe in “assembly line decision making” and must study and review each case.

Asked for his other proposals, Borja said the SC should aggressively pursue an income policy for justices that would allow them to focus on their work without worrying about their financial concerns.

“Most of the judicial officers express financial insecurity. That erodes your confidence, your independence, your integrity sometimes. I feel the Supreme Court should aggresively pursue an income policy for justices, divorce it from the pay standardization rule. It should be made to seek its own level depending on its resources and objectives,” he said.

“Not only will it improve financial security, it will tend to attract the best and the brightest in the profession,” he added.

The CA justice also noted that there are too many sources of delays in judicial processes that must be reduced.

“Courts are now viewed as institutions of delay. Even the executive tends to blame the judiciary for delay. There are many occasions where we can reduce delay. We need to think out of the box,” he said.

He pointed out that in civil cases, parties are allowed 45 days to file an appellant’s brief. Factoring in delays caused by postal services and motions to extend, among others, cases could easily drag on for a year.

Meanwhile, in the resolution of drug cases, Borja said plea bargaining should be allowed in drug cases.

Section 23 of Republic Act 9165 or the Dangerous Drugs Act prohibits plea bargaining in such cases.

Borja also said that for the mere use of illegal drugs, focus should be on rehabilitation.

“There should be more liberality in allowing rehabilitation. Take it out of the court systems, put it in the Department of Health. Because the problem is not legal, the problem really is medical. If you remove all of that, you can reduce the dockets,” he said.

Borja took up law at Xavier University, graduating in 1984 with honors and placing 19th in the bar exams. He has also taught at the law school since 1985, and had been a partner at the Borja Quimpo and Dela Serna Law Office.

Borja was also a member of various legal associations, including the Philippine Association of Law Schools, which he chaired from 2001 to 2002.

According to his profile on the CA page, Borja was also chairman of the board of Iligan Light & Power, Inc, the franchise holder for electric power distribution in Iligan City. He was also corporate secretary of Southern Cablevision Inc, which serves Iligan City and neighboring municipalities in Misamis Oriental. – Rappler.com