Duterte to look into rising cases of child abuse, crimes vs women 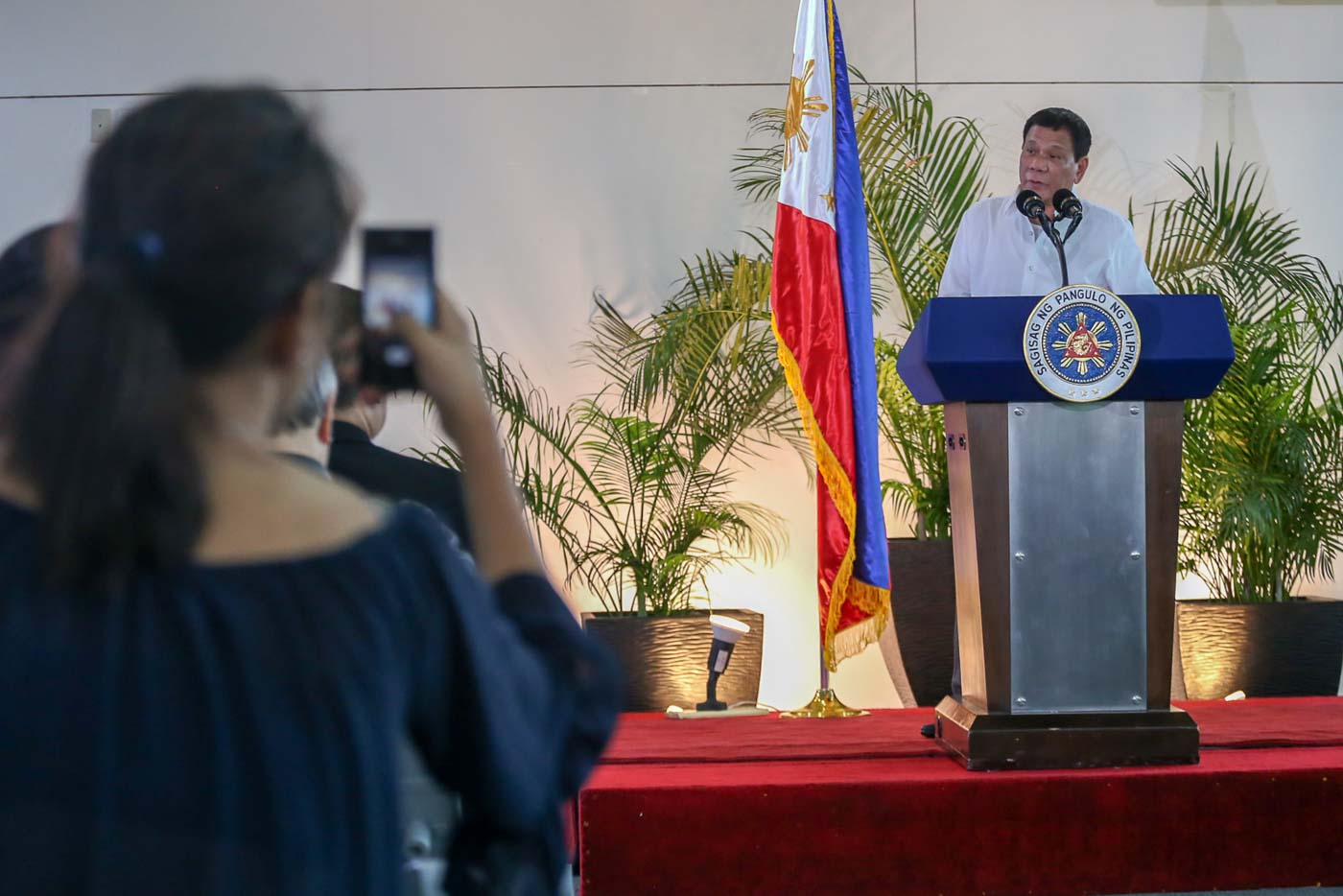 MANILA, Philippines – President Rodrigo Duterte on Thursday, November 17, promised to look into the reported rise in child and sexual abuse cases in the country when he gets back from an overseas trip.

“On the rise itong…child abuse, sexual or battery. And itong crime against women medyo tumataas (Child abuse, sexual abuse, battery is on the rise. And crimes against women are also rising),” he said in his speech at the Davao International Airport before catching a flight to Peru to attend his first Asia-Pacific Economic Cooperation (APEC) Leaders’ Summit.

“I think we’ll have to talk to DSWD (Department of Social Welfare and Development). I might really [oversee] this thing when I come back,” he added.

His concern over the reports was the first thing he mentioned after reading his prepared speech on his participation at the APEC Summit. The President also mentioned that while his government’s campaign against illegal drugs may be “nearly over,” other common crimes are reportedly on the rise.

Duterte said he was disturbed by reports of a two-year-old child of an overseas Filipino who was battered to death after being neglected by family members who were supposed to look after him.

“Someone died out of neglect by cousins and the mother is working in the Middle East – a two-year old child, battered,” he said in a mix of English and Filipino.

“This is really very disturbing, for a human being who cannot defend himself to die in a brutal manner through negligence,” said Duterte.

The President commiserated with overseas Filipino workers whose children are abused while they are abroad.

“We’ll have to do something about this. You know there are a lot of these, people who left their kids with their sibling or cousin, and they work their ass to death,” said Duterte.

Children of OFWs are also prone to drug addiction because of their parents’ absence, he said.

(When they return home, their hard work is wasted either because their children are not at par with expectations to finish their education; some are addicted to to drugs.)

During the the 2016 presidential elections, Duterte enjoyed strong support from OFWs. He has promised to create an OFW department devoted to addressing their concerns. Under his presidency, the Department of Labor and Employment has put up a one-stop service center for OFWs. – Rappler.com