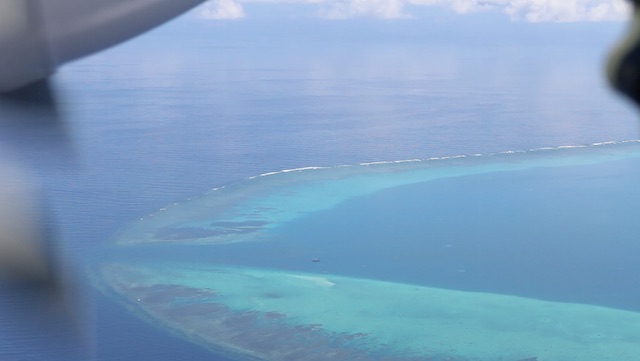 MANILA, Philippines – The Philippine Coast Guard completed another sortie to Panatag (Scarborough) Shoal in the West Philippine Sea (South China Sea) Thursday night, November 17, with no untoward incident with the Chinese Coast Guard that has practically occupied the fishing ground off Zambales province.

It was the 4th PCG sortie since President Rodrigo Duterte’s state visit to China a month ago, although “regular patrols” were resumed discreetly as early as August 5, 2016, after 3 years of absence.

It was Transportation Secretary Arthur Tugade who announced the regular patrols early this month after news spread that the Chinese are no longer blocking Filipino fishermen who want to access the shoal. 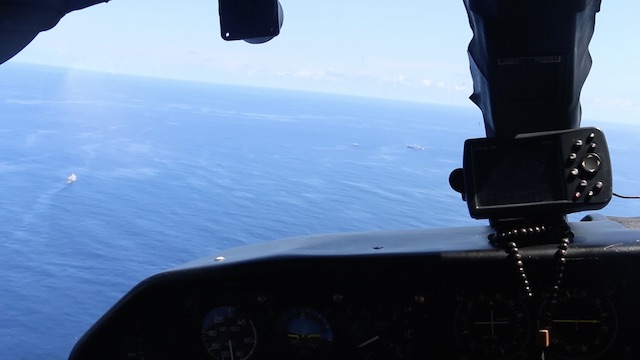 Following orders from the National Security Council (NSC), the PCG “tested the waters” on August 5 and deployed two ships – the BRP Pampanga and BRP Nueva Vizcaya – to the shoal. Philippine authorities have been quiet about it, however.

“Three years after the filing of a case at the international tribunal, we resumed patrol last August 5 based on the consensus of the National Security Council (NSC) that we should send back our ships in Bajo de Masinloc to test the waters,” Balilo told Rappler.  Scarborough Shoal is called Bajo de Masinloc in the Philippines.

PCG ships and planes are sent to achieve two goals:

The patrols were conducted despite Duterte’s pronouncements that he no longer wanted patrols in the West Philippine Sea. Balilo said they consulted with Defense Secretary Delfin Lorenza, who gave the signal because the President had not issued written orders against the patrols.

The “regular patrols” were only temporarily suspended during typhoons and duringDuterte’s state visit to China as a “precautionary measure not to jeopardize” Duterte’s negotiations with China. 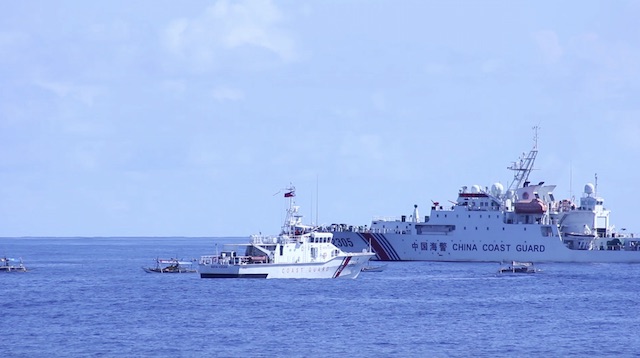 The first PCG sortie on August 5 had a tense encounter with the Chinese Coast Guard, however.

But Balilo said the Chinese “eventually just went away” after the commanding officer of the PCG ship messaged over the radio that the Philippines is conducting “routine patrol on the Philippine’s exclusive economic zone.”

After the tense first sortie, Balilo said there were no more untoward incidents.

“We will continue to patrol and we will get guidance form the government and the National Security Council. We’ll just follow orders,” Balilo said.

The Chinese Coast Guard practically occupied Scarborough Shoal since 2012, after a tense standoff with the Philippine Navy which tried to arrest Chinese fishermen in the shoal located within the Philippines’ 200-nautical mile exclusive economic zone (EEZ). In 2013, the Philippines filed a case  before an international arbitral tribunal against China and halted ship patrols in Scarborough.

The ruling that was released in July dismissed the military superpower’s sweeping claims over the West Philippine Sea, but fell short of recognizing Philippine sovereignty over Scarborough Shoal on the ground that it doesn’t have the jurisdiction to decide on the issue. However, it declared that the shoal is a common fishing ground for Filipinos, Chinese, and other neighboring fishermen. – Rappler.com