Petitioners on stealth burial: We won’t take this sitting down 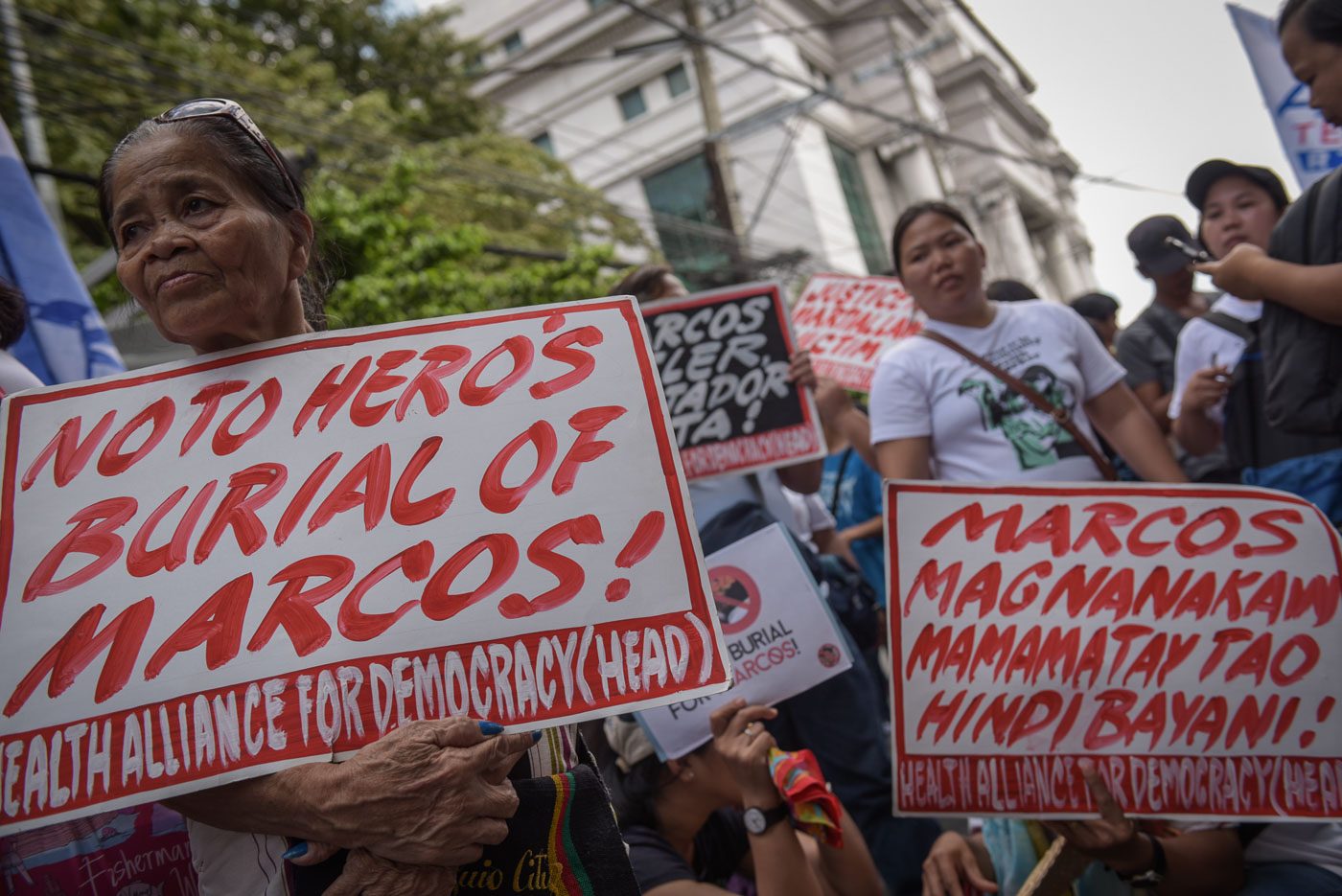 MANILA, Philippines (3rd UPDATE) – The groups that opposed before the Supreme Court a hero’s burial for former President Ferdinand Marcos condemned the secrecy by which the dictator’s heirs and the Philippine government held the internment on Friday, November 18.

The rites – discovered by the media less than an hour before it started – took place 10 days after the SC handed its ruling that President Rodrigo Duterte did not abuse his discretion when he ordered Marcos to be buried at the Libingan ng mga Bayani.

It happened too while petitioners had informed the High Court that they would be filing a motion for reconsideration once they had received copies of the ruling.

Following are the reactions from some of the petitioners:

It’s vintage Marcos – burying the dictator like a thief in the night. Marcos also declared Martial Law and ordered its execution in the dead of night in 1972. We believe that the Marcoses were so insecure about the people’s outrage they had to resort to the sneak attack.

Hindi pa final and executory ang SC decision. So this was done in defiance of the law and the Court’s authority.

This is a dastardly act characteristic of the Marcoses and a slap on the face of the victims of human rights violations during Martial Law. It is an outright insult to the Supreme Court as the Marcoses did not even wait for the finality of its decision. We will not take this sitting down and more protests would be launched against the Marcoses.

Immediately after the burial was broadcast by no less than Marcos’ daughter, Ilocos Norte Governor Imee Marcos, protest rallies were scheduled by groups and sectors opposed to the late dictator. Check the schedule of rallies on Friday here. – Rappler.com