Nov 18, 2016 9:29 PM PHT
Paterno Esmaquel II
Facebook Twitter Copy URL
Copied
'I'm suspending your class today. There are bigger lessons to be learned outside the classroom now,' a teacher tells students after the dictator was buried a hero. 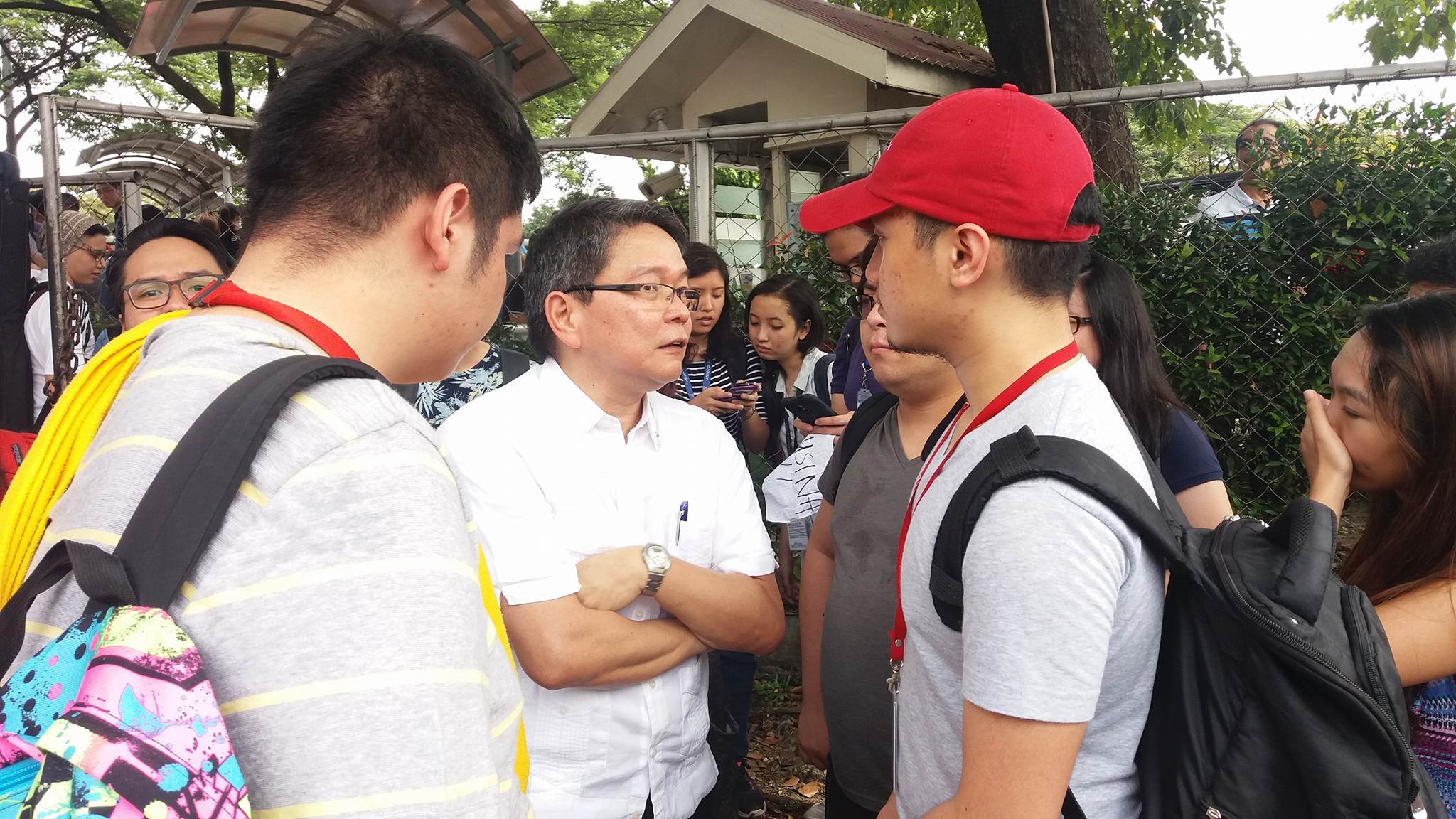 MANILA, Philippines – Hours after dictator Ferdinand Marcos was buried a hero in the Philippines, Twitter user Amaris (@amarissorcha) tweeted the screen shot of a message said to be from a teacher.

I’m suspending your class today. There are bigger lessons to be learned outside the classroom now.

See you at the indignation rally!”

Amaris, who was identified as a student of Ateneo, tweeted this with the hashtag #MarcosNOTaHero and #MarcosBurial.

“There are bigger lessons to be learned outside the classroom now.” ❤️ #MarcosNOTaHero #MarcosBurial pic.twitter.com/yMLwmLnUmD

The Twitter user was referring to the surprise burial of Marcos at the Libingan ng mga Bayani on Friday, November 18.

Later, the netizen tweeted photos of the rally against the Marcos burial outside the Ateneo de Manila University campus in Quezon City.

Like Amaris, hundreds of other students across the country voiced their anger against the burial of Marcos at the Libingan ng mga Bayani on Friday.

For those who know or have read about the Marcos years, the student involvement on Friday reminded them of the anti-Marcos protests in the 1970s.

On Friday, one of the first schools to voice its rage was Ateneo de Manila University, the school of Marcos critics like Edgar Jopson. (READ: Edjop, Imelda Marcos, and the fear of forgetting) 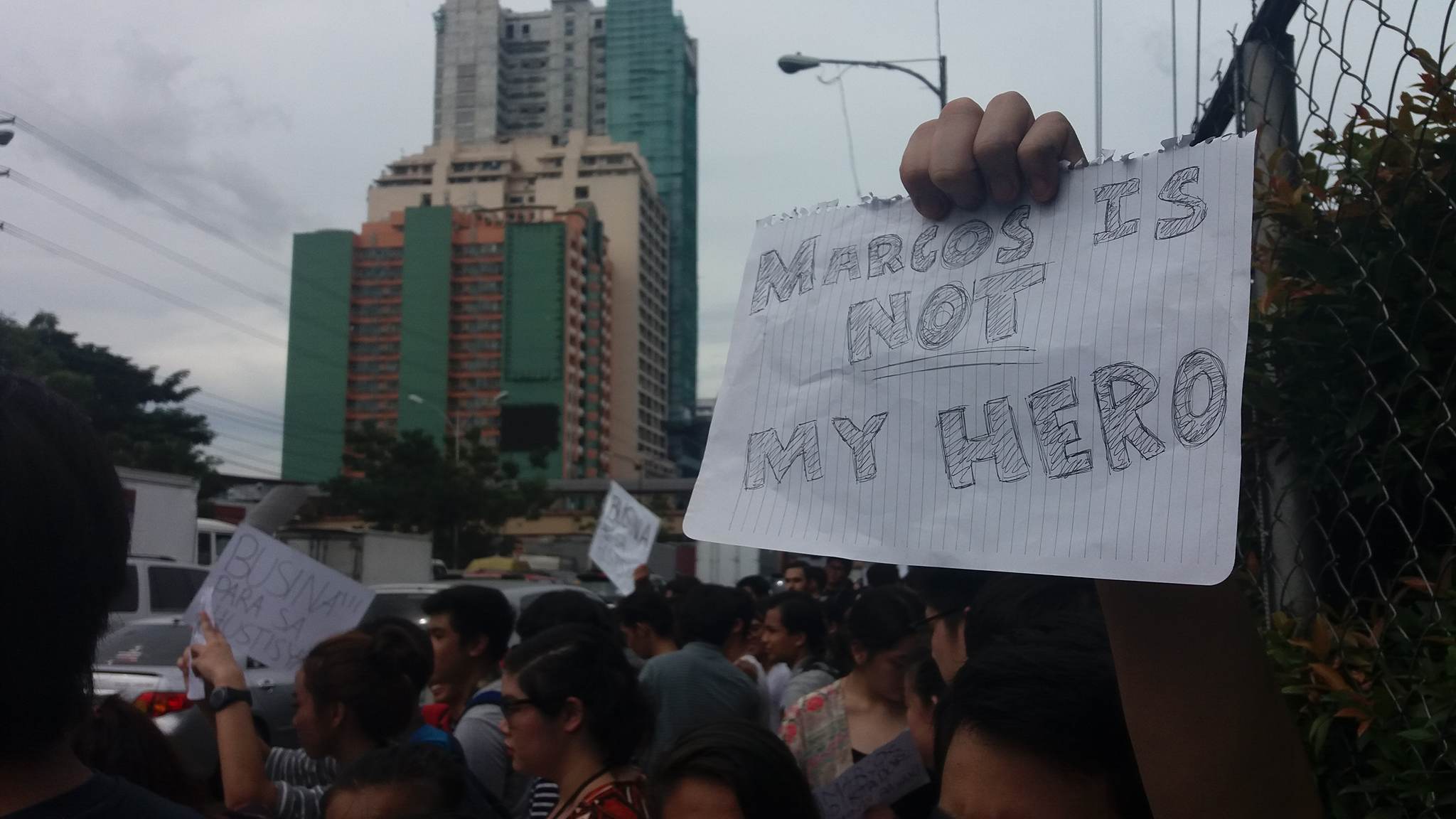 In Ateneo, the fences were covered black, and a huge screen by the gate displayed the words, “Hindi bayani si Marcos!” (Marcos is not a hero!)

Students from Ateneo, Miriam College, and the University of the Philippines (UP) staged a protest along Katipunan Avenue, Quezon City, against Marcos’ burial on Friday.

The Metropolitan Manila Development Authority said up to 2,500 students joined the ongoing rally.

Other students from UP Diliman also held a rally in their own campus.

Students and teachers from the following schools, as well, staged rallies on Friday:

Rappler has a running list of groups staging rallies in different venues to protest the hero’s burial for Marcos. – Rappler.com