Nov 20, 2016 7:10 PM PHT
Bea Cupin
Facebook Twitter Copy URL
Copied
'Don't ever think that your 'cooperation' will spare you your life. Sooner or later this government is going to make sure you end up like your father,' Senator Leila de Lima tells the alleged drug lord 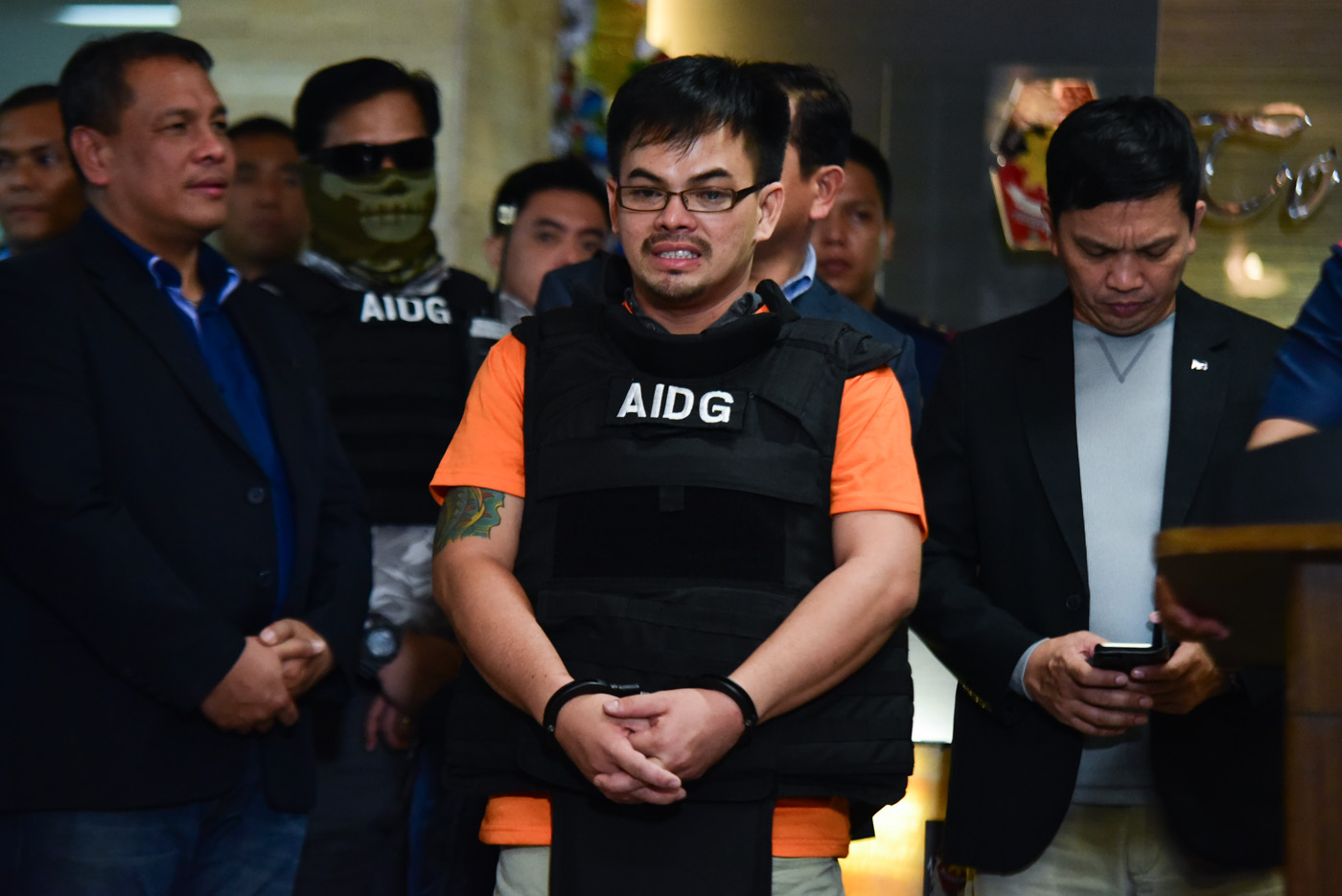 MANILA, Philippines – Ahead of alleged Eastern Visayas drug lord Kerwin Espinosa’s scheduled appearance before a Senate probe, Senator Leila de Lima has “advice” for him: you can cooperate with the government, but don’t think that will assure you of your safety.

“This is my advice to Kerwin. Don’t ever think that your ‘cooperation’ will spare you your life. Sooner or later this government is going to make sure you end up like your father. I make the same prediction for Jaybee Sebastian,” said De Lima in a statement on Sunday, November 20.

Espinosa arrived in the Philippines on Friday, November 18, almost 5 months after he fled the country.

He is the son of the late Albuera mayor Rolando Espinosa Sr, who was killed inside his jail cell after he supposedly “fought back” against police trying to serve a search warrant. Mayor Espinosa’s death is the subject of a Senate probe, which Kerwin is expected to attend.

The younger Espinosa is expected to reveal the details of his drug operations and name government officials who shielded his illicit business. (READ: ‘Big time drug lord’: Who is Kerwin Espinosa?)

“I would not like to preempt what Kerwin will testify on, but I will also not deny that given everything that the government has thrown at me, it won’t be farfetched that he will just be another of the witnesses to be brought against me in their effort to destroy me,” said De Lima.

She added: “Be that as it may, I will be listening to Kerwin’s testimony, and let the people judge as to its credibility given the circumstances of the moment where drug lords / drug personalities left and right are being stabbed or killed whether they cooperate with the government or not.”

De Lima was referring to the death of the Albuera mayor and the recent stabbing of New Bilibid Prison inmate Jaybee Sebastian.

Prior to his death, the older Espinosa had named De Lima in his affidavits as among the officials who got money from his son. He attached a photo of the former justice secretary and of son Kerwin in his affidavit as supposed proof of their links.

The younger Espinosa, however, has so far kept mum on De Lima’s supposed links to his drug operations.

Sebastian, meanwhile, initially kept silent in a recently-concluded House of Representatives probe into the spread of illegal drug inside Bilibid and De Lima’s supposed role in it. But days before he was set to be brought to testify, he was stabbed in what was initially reported to be a prison “riot.”

A police investigation later revealed it was not a riot, but a deliberate attempt to silence Sebastian. A fellow inmate claims this was so Sebastian would not implicate De Lima.

Sebastian claimed he gave millions to De Lima directly or through her aides. Parts of his testimony, however, contradict earlier claims made by other convicts who stood as witness against De Lima.

The senator, a member of the Liberal Party, had denied all these claims. She again criticized the slew of witnesses brought forward to testify against her.

“All this parade of witnesses has not proven a single thing, except its own deadly partnership with criminals and drug lords against me. It hasn’t shown a single evidence of where the money is,” she said.

“Show us the money. I assure you there is none. No amount of browbeating the AMLC can make me a billionaire in its records overnight. In the meantime, maybe we should look at whose bank accounts are getting fatter as this great distraction of the stoning of De Lima is being performed to the delight of some of the public,” she added.

The Senate is set to resume its probe into the death of the Albuera mayor on November 23.

But senators – even those allied with President Rodrigo Duterte – have long concluded that it was not a legitimate operation but a “rubout.” (READ: Duterte on Espinosa slay: I believe the police’s story) – Rappler.com