Marcos to Robredo: Why are you afraid of vote recount? 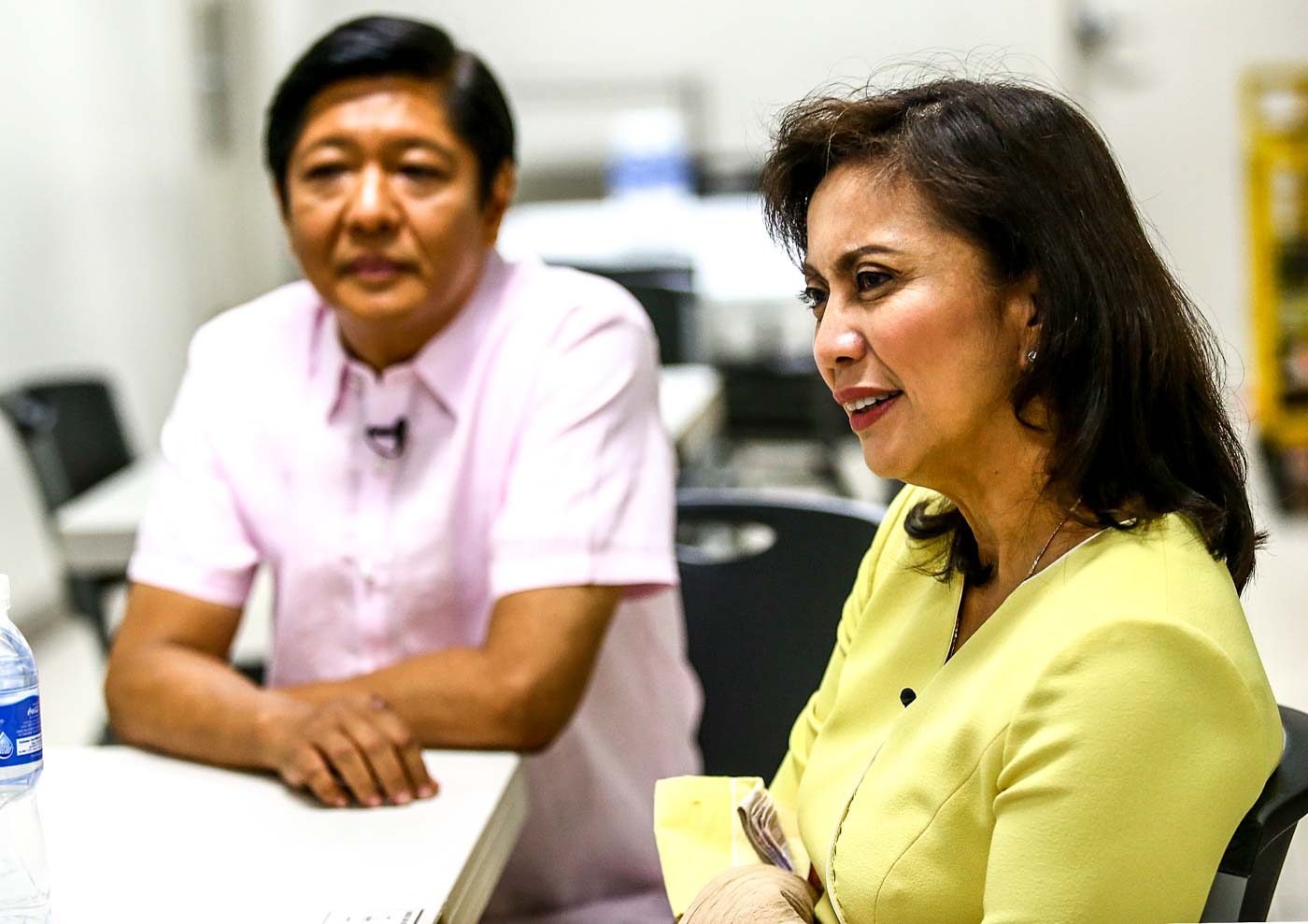 MANILA, Philippines – The camp of former Senator Ferdinand Marcos Jr denounced Vice President Leni Robredo for attributing to them unverified text messages that claimed a speedy recount of votes would be conducted and favor his electoral protest.

Robredo sounded the alarm on Monday, November 21, based on text messages that circulated over the weekend, saying they possibly came from her “opponent in the case.”

Her spokesperson, lawyer Georgina Hernandez, said in a statement Sunday that the objective of the supposed recount outside of the Presidential Electoral Tribunal (PET) was “to steal vice presidency from VP Leni.”

Marcos, through his spokesperson on legal matters Vic Rodriguez, said they “have no plans of stealing something that we obviously won to begin with.”

Using the same metaphor that Robredo used to describe the surreptitious burial of former President Ferdinand Marcos at the Libingan ng mga Bayani, Marcos Jr’s lawyer said: “Yes indeed there was a thief in the night, and it happened on the night of the elections – shortly after the script in the Transparency Server was changed.”

Marcos has maintained that Robredo, candidate of the ruling party then, offset his early lead on election night after an employee of poll supplier Smartmatic introduced a new script to the server that was receiving vote transmissions from the precincts nationwide.

“The entire Filipino electorate witnessed how – after commanding a 1-million-plus lead in the votes at 7 pm on May 11, 2016, with 75% of the votes counted – the numbers suddenly dwindled in favor of Robredo at a uniform ratio of 40-1. This was countenanced by the ‘thieves in the night,’” he said.

Robredo defeated Marcos by only 263,473. Marcos filed a protest before the PET a day ahead of Robredo’s inauguration. (READ: Robredo vs Marcos: The long and winding road to the vice presidency)

Rodriguez called the Robredo camp’s accusation as a “malicious lie and a figment of one’s imagination.” He asked if Robredo was afraid that the “truth” in the vice presidential poll results would come out after a recount.

“A preliminary conference and the order of retrieval have yet to be issued. Clearly, they are getting ahead of themselves,” he said, pointing out that the recount may or may not be done “depending on the weight of the evidence presented.”

After the SC favored the burial of the Marcos patriarch in a vote of 9-5, there have been speculations that the magistrate would vote the same way on Marcos Jr’s electoral protest.

“Anything is possible. Last Friday, we were not expecting that (burial), but it happened. Maybe this should be a lesson that we should not be complacent,” Robredo said when asked if the text messages are connected to the recent state burial of her opponent’s father.  (READ: Robredo: Have faith SC will be fair in Marcos election protest)

“More interestingly, with all these unfounded and uncalled for accusations on the election protest and trying to connect it to the burial issue and President Rodrigo Duterte, are they gearing up for the so-called Plan B?” he said, concluding his statement.

During the homestretch of the campaign in May, Marcos warned that Robredo’s Liberal Party, in power in the past 6 years, had a “Plan B” to stay in power since its standard-beaer would clearly lose  the presidential election. The plot supposedly involves working for the ouster of President Rodrigo Duterte so Robredo could take over.