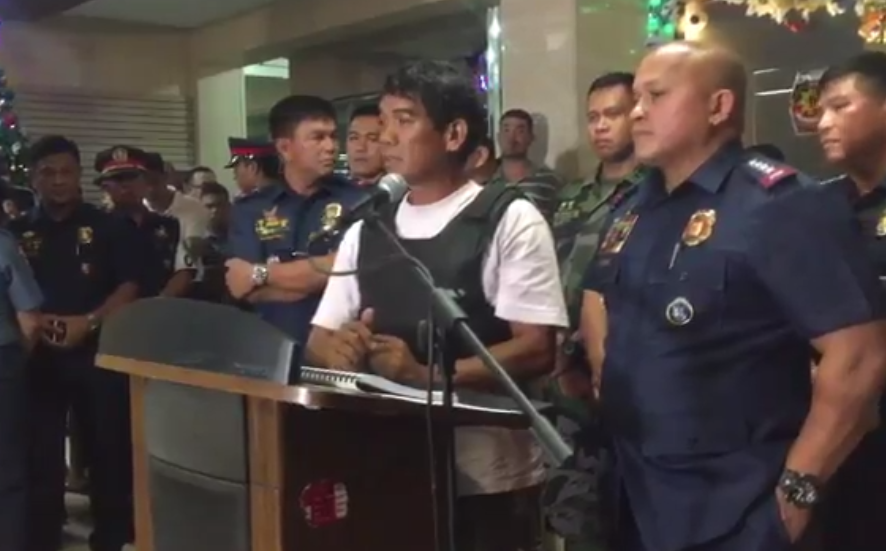 Dayan, who supposedly facilitated and collected money from drug personalities in behalf of De Lima, was nabbed just before noon in San Juan, La Union. He was first brought to the La Union provincial police office, and then to Camp Crame, the Philippine National Police (PNP) headquarters in Quezon City.

The House committee on justice had ordered Dayan’s arrest and cited him in contempt last October 10, after he failed to attend the hearing on the New Bilibid Prison (NBP) drug trade on October 6.

“He will have to be brought before the Speaker who issued the warrant for his arrest, and will testify before the committee on justice,” said Fariñas.

Fariñas said another hearing should be conducted “immediately, since it involves the liberty of a witness.”

Dayan, De Lima, and 7 others were also earlier placed on an immigration lookout bulletin so their travel and whereabouts would be monitored.

De Lima and Dayan were linked to the NBP drug trade by no less than President Rodrigo Duterte. The President claimed that Dayan collected drug money for De Lima, who allegedly let illegal drugs proliferate in the national penitentiary during her term as justice chief of the Aquino administration.

De Lima has repeatedly denied the allegations against her. (READ: De Lima to Duterte: ‘What do you want from me? Do you like me?’)

The senator admitted last November 14 that she had once been in a relationship with Dayan for “a few years,” but insisted she did not finance the construction of his house in Pangasinan, as alleged by Duterte.

Congressmen had almost approved showing an alleged sex video of the couple during the House inquiry, prompting various sectors to denounce the slut shaming.

Following De Lima’s admission of her former relationship with Dayan, the President said on November 15 that this fact alone would not be enough to prove the senator’s alleged links to drugs.

Duterte had said he hopes Dayan would be able to testify against De Lima. “He is a vital witness,” added the President.

Albay 1st District Representative Edcel Lagman, who previously slammed the House probe as a “shame” campaign against De Lima, warned on Tuesday that Dayan might face pressure to testify.

“It’s hard to anticipate, but he might be coerced to testify against those which have been chastised by the administration for involvement in the narcotics trade,” Lagman said. “That should make us worry and wary.” – Rappler.com