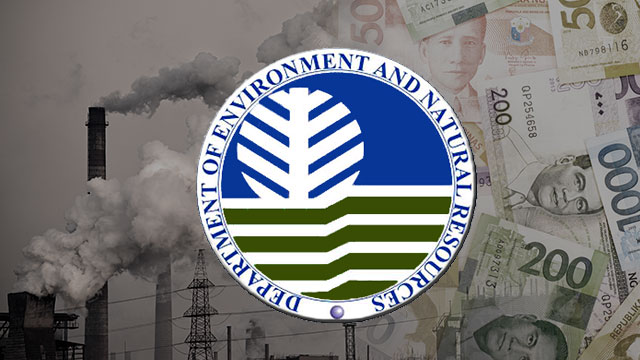 MANILA, Philippines – The Department of Environment and Natural Resources (DENR) has already begun its audit of all coal-fired power plants in the country which involves the evaluation of their environmental compliance certificates (ECCs).

She further explained that they will select the 25 most critical environment projects based on complaints received by the DENR, and whether the project might cause irreparable damage to the environment. The department will audit those projects first.

“Any conditions that remain unfulfilled with the ECC will result in a suspension of the ECC if they can’t comply with the condition,” Luna added.

Environment Secretary Gina Lopez said “it doesn’t make sense at all to have any more coal plants.” (READ: Lopez: Clean energy is the way to go)

“I’ve had 4 studies on coal plants done with two gentlemen with doctorate degrees and in the 4 studies, the people’s health suffered, agriculture suffered, and fishery resource suffered. The economy suffered. And I kept thinking, that’s why coal is cheap, because the company doesn’t pay for the negative externalities,” she explained on Tuesday.

She noted that the cost of renewable energy is already going down, and may even be cheaper then coal in 5 years’ time.

“What happens with coal is when you agree with coal, you’re stuck with it for 25 years. And if the price of solar goes down and other renewables go down – and it’s better to go to renewables because it’s cheaper – then that coal becomes a liability because the government has to continue to pay for 25 years to sign the contract.”

She believes it makes “much more economic and benevolent sense” to run the country’s economy on “what we have, which is wind, solar, geothermal” energy since the Philippines, she said, is not an industrial country.

“We have to gravitate towards a situation where renewable can adopt baseloads. So I want to be able to do that in the convergence areas of DENR,” Lopez added.

President Rodrigo Duterte was initially hesitant about the Paris Agreement on Climate Change because he believes addressing global warming should not stymie the Philippines’ bid to industrialize.

Under the agreement, countries agreed to keep global temperature rise this century to below 2°C, with the aim of containing it below 1.5ºC, above pre-Industrial Revolution levels, by cutting greenhouse gas emissions.

The Philippines pledged to cut by 70% its carbon emissions by 2030 – a target conditional on assistance from the international community.

Duterte eventually agreed to sign the Paris agreement after he was persuaded by his Cabinet. Lopez said she expects it to be ratified by the country this year.

During the recently concluded world climate conference, COP22, in Morocco, Lopez got to talk to other countries such as Germany and France about renewable energy.

The environment department already has initial plans to go renewable in at least 3 areas: Sorsogon, Palawan, and Guimaras. – Rappler.com