Nov 22, 2016 3:13 PM PHT
Patty Pasion
Facebook Twitter Copy URL
Copied
(UPDATED) The main rally will be held at the People Power Monument along EDSA from 4 pm to midnight, with simultaneous mobilizations in key cities across the country and abroad. People attending are asked to wear black 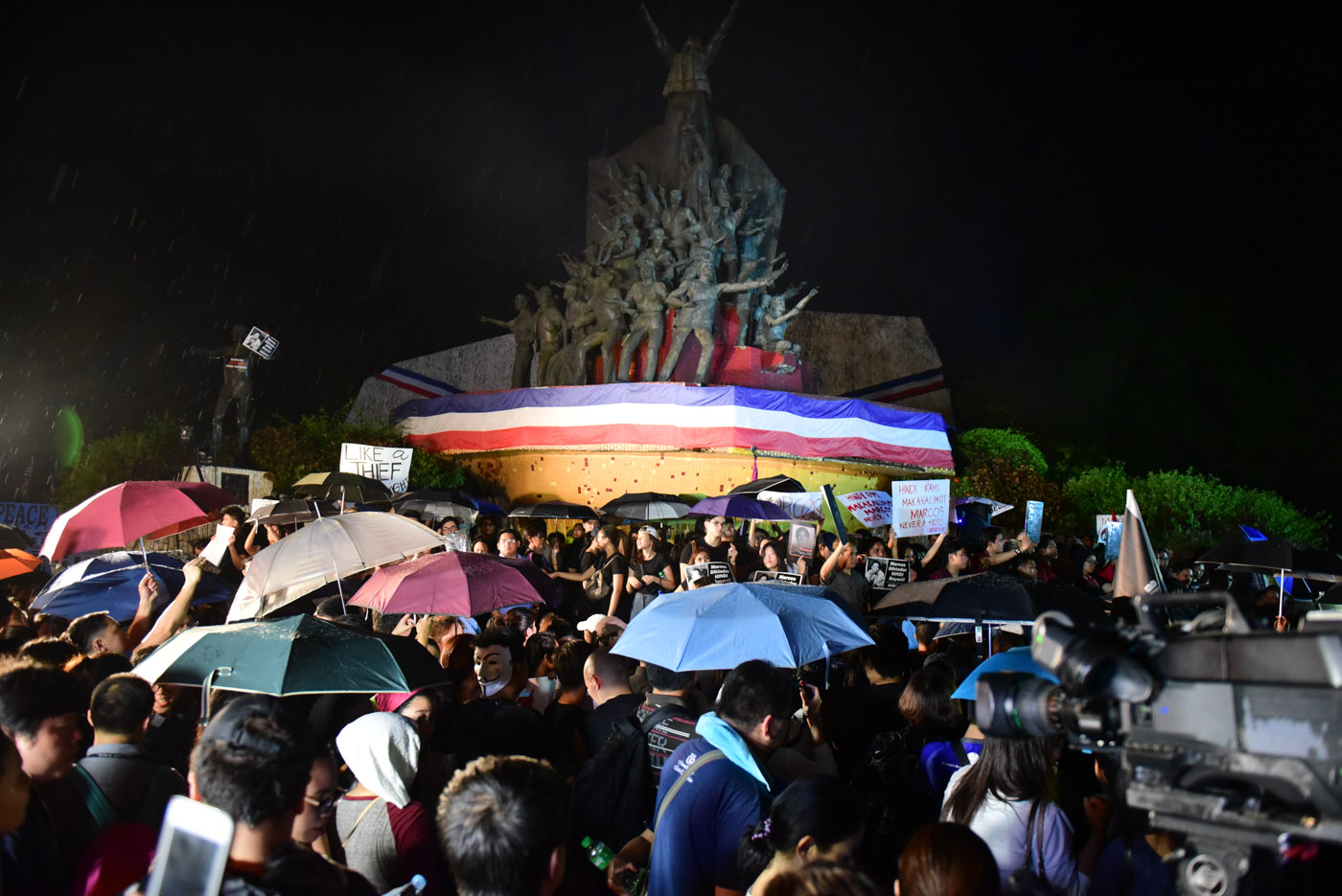 The Coalition Against Marcos’ Burial at the Libingan ng mga Bayani (CAMB-LNMB) will hold the Bonifacio Day gathering from 4 pm to midnight at the People Power Monument, at the corner of EDSA and White Plains Avenue in Quezon City.

This is the second major rally staged by mostly young people since the hurried burial of the dictator on November 18. Thousands showed up at the Luneta in a grand rally on November 28, where leftist organizations called on President Duterte to end his alliance with the Marcoses.

People attending the November 30 event are asked to wear black, as they did during their first gathering at the shrine, where protesters peaked at 3,000 as they expressed their dismay at the Marcos family and President Rodrigo Duterte, who allowed the state interment.

These are the scheduled rallies for November 30. We are updating this list as advisories come in:

On Tuesday, the Marcoses, the Armed Forces of the Philippines, and Malacañang Palace were ordered by the Supreme Court to explain in 10 days why they should not be held in contempt for surreptitiously burying the former president when the SC order was not yet final and executory. (READ: Post-Marcos burial rage: Rallies to go on until Nov 30)

Various groups have blamed President Rodrigo Duterte for allowing the burial. The military said the Marcos family informed them only at 5 pm, November 17, a day ahead of the event. Preparation, said the military, was kept discreet, as requested by the family. (READ: Behind the scenes: 12 hours to prepare for Marcos burial)

Duterte, who had promised to allow the burial way back during the campaign period, said he had no knowledge it would take place November 18. The President was in Lima, Peru at the time to attend the Asia-Pacific Economic Cooperation (APEC) meeting.

Aside from the rally at the monument, the Block Marcos group will also troop to the national shrine on Bonifacio Day to reiterate that only heroes like Andres Bonifacio are worthy of being buried there.

In a statement posted on their Facebook page on Tuesday, November 22, CAMB said it welcomes all “freedom-loving citizens” and groups “whether they be from the Left, or supporters of the previous administration” who are one with their cause.

“CAMB believes this is the only condition by which we can truly forge a united front against the immediate foe: the Marcos family and their efforts at twisting historical facts to suit their return to power, with Duterte as their enabling agent,” the group said in a statement posted on its Facebook page on Tuesday, November 22.

“After Duterte’s victory, this burial became a unilateral, undemocratic exercise of presidential prerogative in total and absolute defiance of the people’s collective disgust and continued pursuit of justice for the Marcos family’s crimes,” the group also said.

“Because with this treacherous glorification of the dictator, patalikod tayong sinaksak ng Duterte administration gamit ang punyal ng panakaw na paglilibing (we were stabbed in the back using the dagger of the surreptitious burial),” it added. – Rappler.com