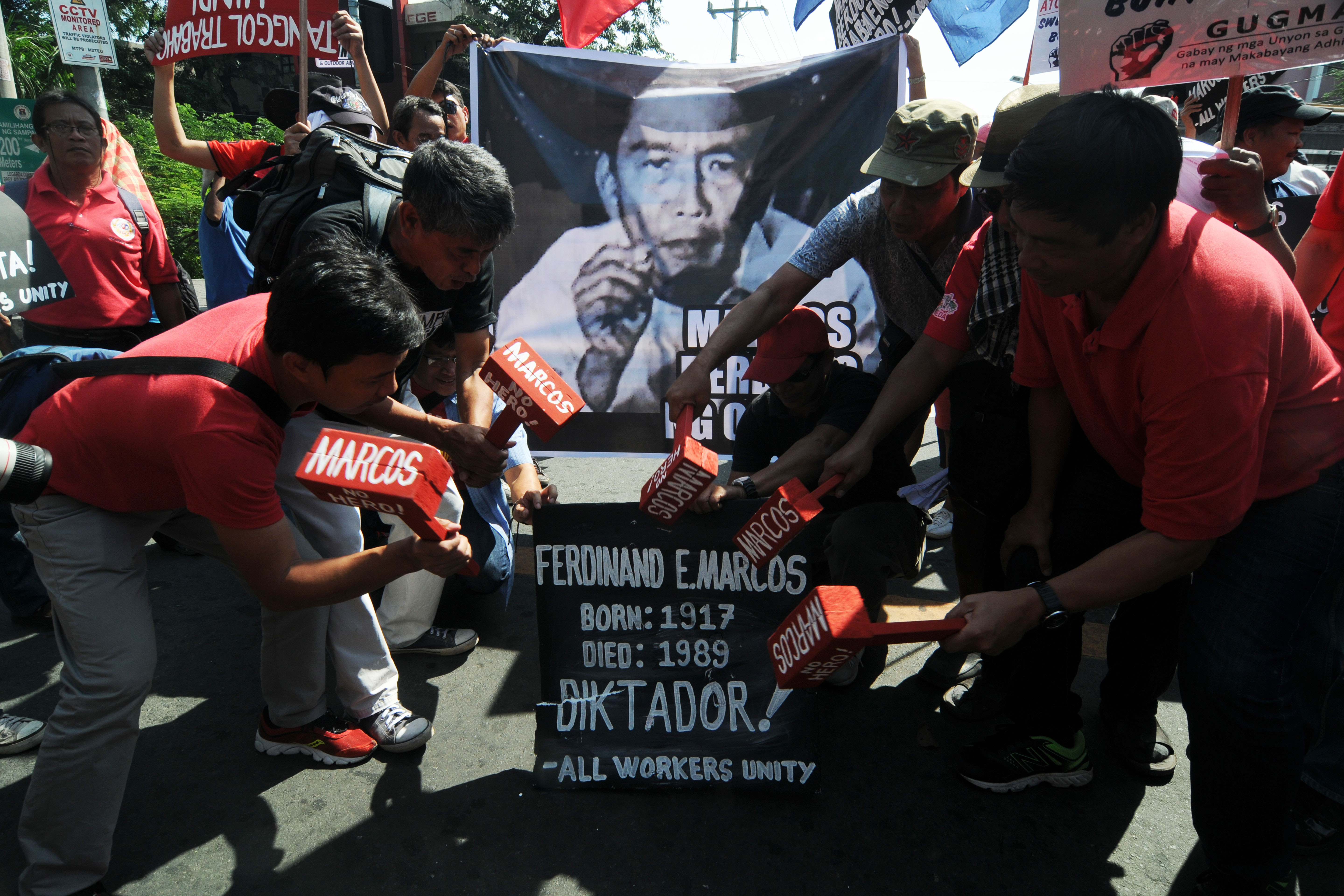 MANILA, Philippines – For the country’s workers, the late dictator Ferdinand Marcos was no hero because he was the one who started labor contractualization in the Philippines.

All Workers Unity (AWU), composed of labor groups from private and public offices, made the statement as its members expressed their dismay over the burial of the former president at the Libingan ng mga Bayani at a rally in Mendiola on Tuesday, November 22.

“We are gathered here today to remind the Filipino people, as part of AWU’s call, that the plight of the labor sector started during Marcos’ time,” AWU spokesperson Rey Cagomoc said in Filipino. “It is clear that labor-only contracting started during his time.”

“Contractualization was made especially for those who operate in free trade zones. To ensure cheap and repressed labor, that is what Marcos’ contractualization policy was all about,” Cagomoc said.

Contractualization is employers’ practice of hiring workers on a 5-month contract basis, or a month short of regularization. Their contracts will be renewed once it expires so the company can avoid regularizing employees and giving benefits such as paid leaves and bonuses.

This abusive labor practice started in the 1970s, when the country saw the establishment of its first export processing zone.

“Marcos signed a decree that allowed the hiring of temporary workers because the economy was unstable and unemployment was high,” Cid Terosa, vice dean of the Economics Program at the University of Asia and the Pacific, said in a previous Rappler interview.

Just as President Rodrigo Duterte had fulfilled his campaign promise to the Marcoses to allow their patriarch’s state burial, labor groups reminded him of his promise to end contractualization.

“He promised during the elections that he will end contractualization or ‘endo’ but up to now, why has he not [fulfilled] it?” asked Cagomoc.

AWU also wants an increase in the minimum wage for employees in both private firms and government agencies.

Labor Secretary Silvestre Bello III said on Tuesday that at least 25,000 contractual employees have been regularized as of November.

Bello said this number only represents 1% of the 250,000 contractual workers in the country. – Rappler.com