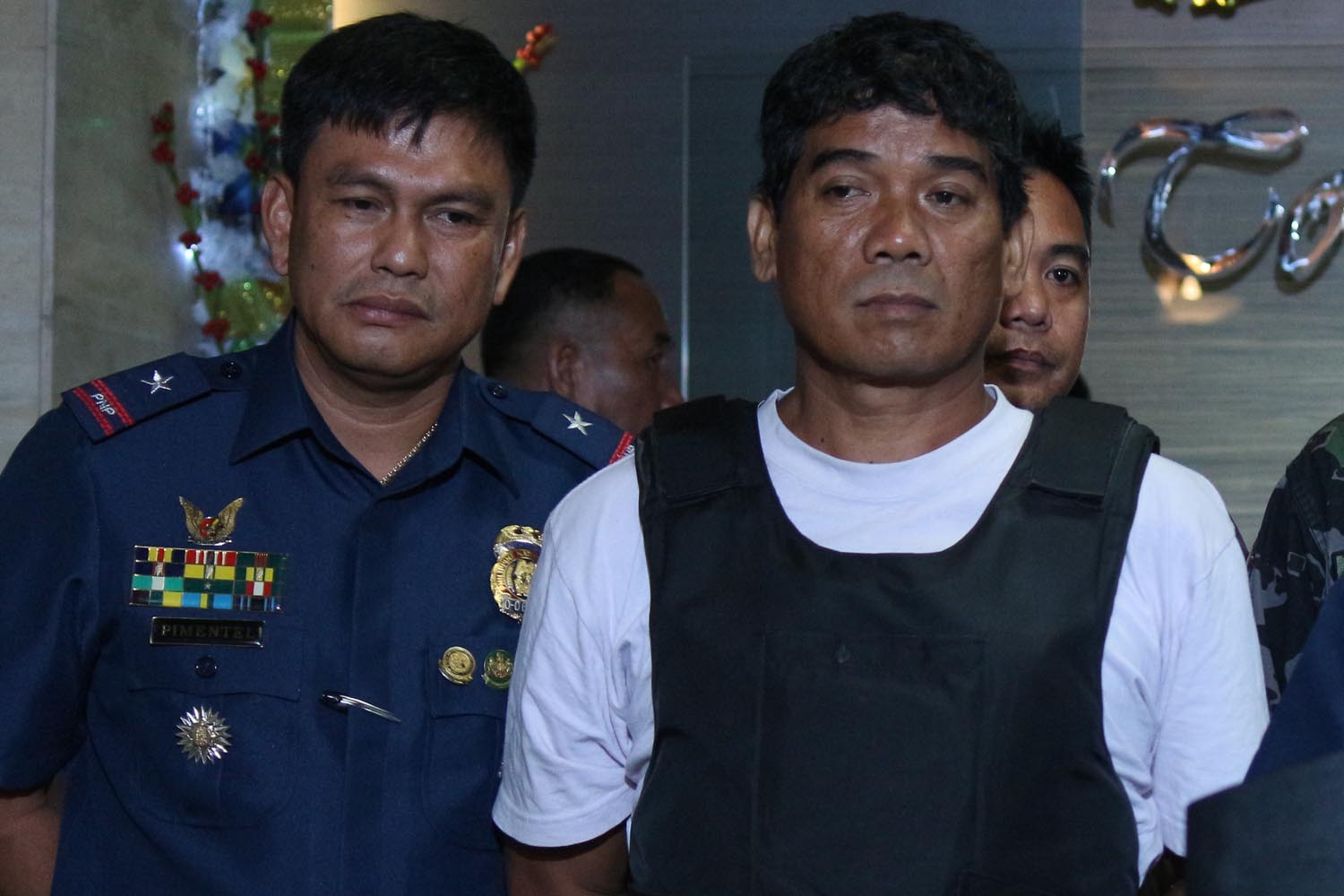 Speaking at a press conference at Camp Crame on Tuesday, November 22, Director General Ronald dela Rosa said such rumors distract and take meaning away from the PNP’s “honest-to-goodness investigations.”

When asked if Dayan himself could confirm or deny the pressure to link Robredo to the drug trade, Dela Rosa turned to him and said: “Pine-pressure ka ba? Na i-link ‘yung Vice President?” (Are you being pressured? To link the Vice President?)

Dela Rosa did not allow Dayan to speak directly to the microphone then. “I-control natin ito dahil baka mamaya sabihin niya na, alam mo na,” said the PNP chief. (Let’s control this because he might say, you know.)

Dayan is set to testify before a House of Representatives probe into the spread of illegal drugs inside the New Bilibid Prison (NBP) during De Lima’s stint as justice secretary. He refused to comment on Tuesday about allegations he collected money from drug lords at the NBP for De Lima. (READ: Dela Rosa: Ronnie Dayan will tell all in House probe)

De Lima has been the target of allegations – from President Rodrigo Duterte, Justice Secretary Vitaliano Aguirre II, and even Bilibid inmates, among others – that she was a protector of drug lords. The neophyte senator has denied these claims.

Robredo and De Lima are both members of the once-ruling Liberal Party (LP).

“Wala effort na ganoon (There are no efforts to do that),” said Dela Rosa, referring to a text message going around that claimed police were pressuring Dayan to say Robredo has links to illegal drugs.

(Stop thinking about that kind of news. It’s like people want to make up stories to enrage the public against the administration, by linking a decent vice president to illegal drugs. It’s very obvious that… she’s a woman with integrity, she’s a clean vice president.)

Robredo, among the LP members, has the highest-ranking elective position. She is also part of Duterte’s Cabinet as his housing czar.

The LP had several head-on collisions with Duterte and his party, the Partido Demokratiko Pilipino-Lakas ng Bayan (PDP-Laban), during the elections.

Witnesses at the House hearing have claimed that Dayan either instructed them to raise funds for De Lima’s senatorial campaign or collected the money himself. Speaking to media, Dayan opted not to comment on this but confirmed a 7-year relationship with De Lima that ended in 2014. – Rappler.com