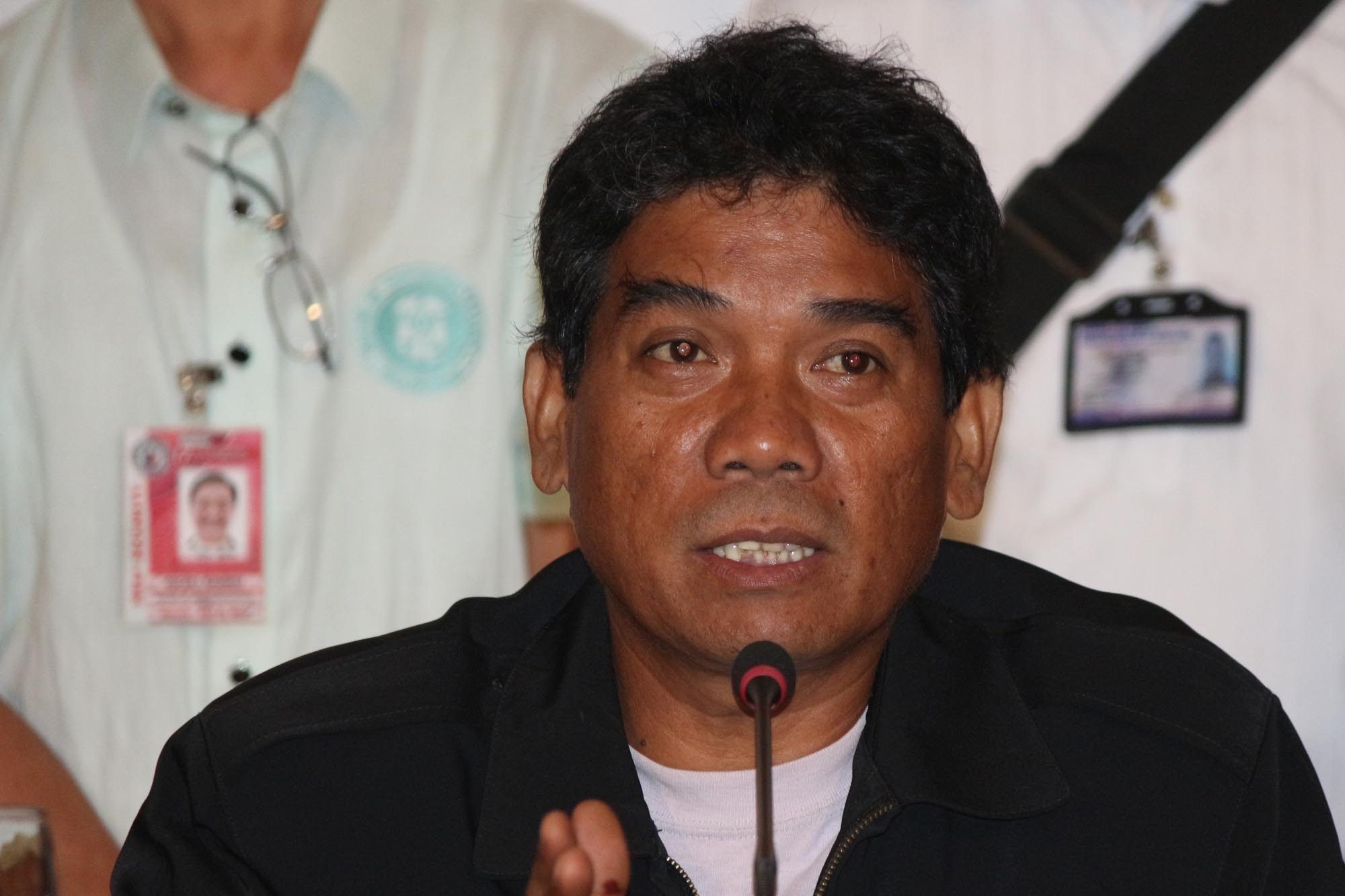 Facebook Twitter Copy URL
Copied
Ronnie Dayan, who admits having had an affair with his ex-boss, says he did not hear from Senator Leila de Lima while he was hiding from the authorities

MANILA, Philippines – His ex-boss and lover Senator Leila de Lima did not contact him while he was in hiding, but Ronnie Dayan still encouraged the embattled senator on Tuesday, November 22, to keep on fighting all the allegations being thrown at her.

“Magpakatatag siya. Labanan niya ang mga [binabato sa kanya] (Be strong. Fight all the things being thrown at you),” Dayan said, referring to De Lima, in a press conference at the House of Representatives on Tuesday night, the second one he had attended following his arrest at La Union hours before.

Dayan had admitted having a 7-year affair with De Lima, who is accused of coddling drug lords at the New Bilibid Prison (NBP) and using millions worth of drug money to fund her 2016 senatorial bid, the subject of a House investigation. (READ: The public trial of Leila de Lima)

Several witnesses, most of whom were high-profile NBP inmates, alleged that Dayan collected drug money for his former boss.

On Tuesday, Dayan denied having links with the drug lords inside the national penitentiary, but admitted he received money from alleged Eastern Visayas drug lord Kerwin Espinosa for De Lima.

Dayan had been in hiding in August after no less than President Rodrigo Duterte himself claimed that Dayan and De Lima had an illicit affair and the two were involved in the NBP narcotics trade.

The justice panel issued an arrest warrant against Dayan and also cited him in contempt for failing to appear before congressmen during the hearing on October 6 despite a subpoena.

According to Dayan, he did not receive any word from De Lima while he was hiding from the authorities.

“Hindi siya kumontact sa ‘kin, ma’am. Ni isang text, wala akong na-receive sa kanya,” Dayan replied to a reported. (She didn’t contact me, ma’am. I didn’t receive anything from her, not even a text.)

He added that De Lima also did not send any representatives to talk to him.

He said he had asked one of his children to text De Lima and ask her for financial help because Dayan no longer had money for food.

De Lima had urged authorities to give Dayan and Espinosa the “right treatment” after Dayan was first presented to the media by Philippine National Police chief Director General Ronald dela Rosa on Tuesday afternoon.

Fariñas assured De Lima that the House “will treat him (Dayan) nicely.”

Dayan, who had asked the justice panel to grant him immunity like the other witnesses, promised to tell the truth during the re-opening of the House NBP drugs probe on November 24. – Rappler.com