Dela Rosa to cops: Be decent on social media 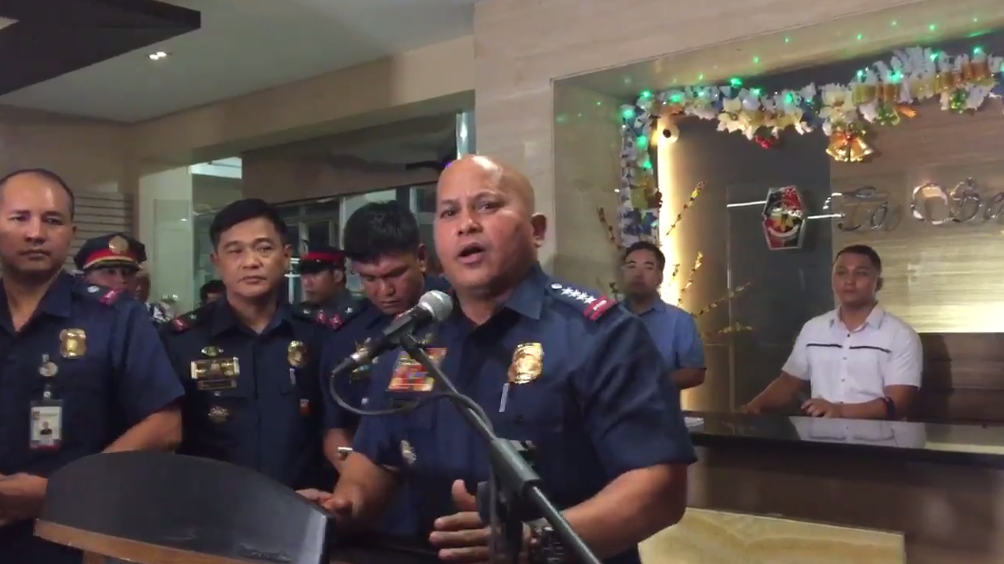 MANILA, Philippines – Amid speculation that a non-commissioned police officer was among those who made misogynistic and lewd comments against a female anti-Marcos protester, the country’s top cop reminded his personnel to be “worthy of respect” when posting and expressing their opinions online.

Over the weekend, Facebook users called out several men for targeting a female anti-Marcos protester whose photo was posted online. The comments ranged from rape threats to unsolicited invitations for sex. 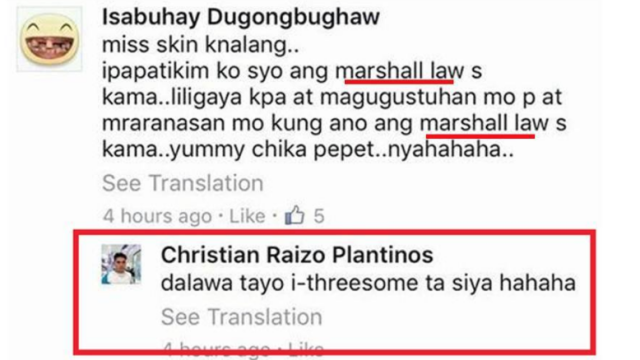 Senior Superintendent Wilfredo Cayat, chief of the PNP’s Morale and Welfare Division, confirmed that a certain Police Officer 1 Godfrey Celes Plantinos was among their list of personnel assigned to the Negros Island Region Police Office. They have yet to confirm, however, if PO1 Plantinos is the actual owner of the account.

Dela Rosa, who has headed the PNP since July this year, expressed surprise when told by reporters about the post that has since gone viral.

(How did he become a cop? Maybe he didn’t pass the neuropsychiatric exam. How did he even pass?)

Applicants are required to pass a neuropsychiatric exam before they can enter the police force.

Asked what he would do if proven that Plantinos owns the account, Dela Rosa said he would require the police officer to take the exam again. “If he fails, I’ll kick him out of service,” he added.

The comments made against anti-Marcos protesters have sparked indignation and action online, with some lawyers even offering their services for free.

Senator Risa Hontiveros on Tuesday also filed 3 bills that would give women more protection against sexual harassment and violence, including attacks on social media. – Rappler.com