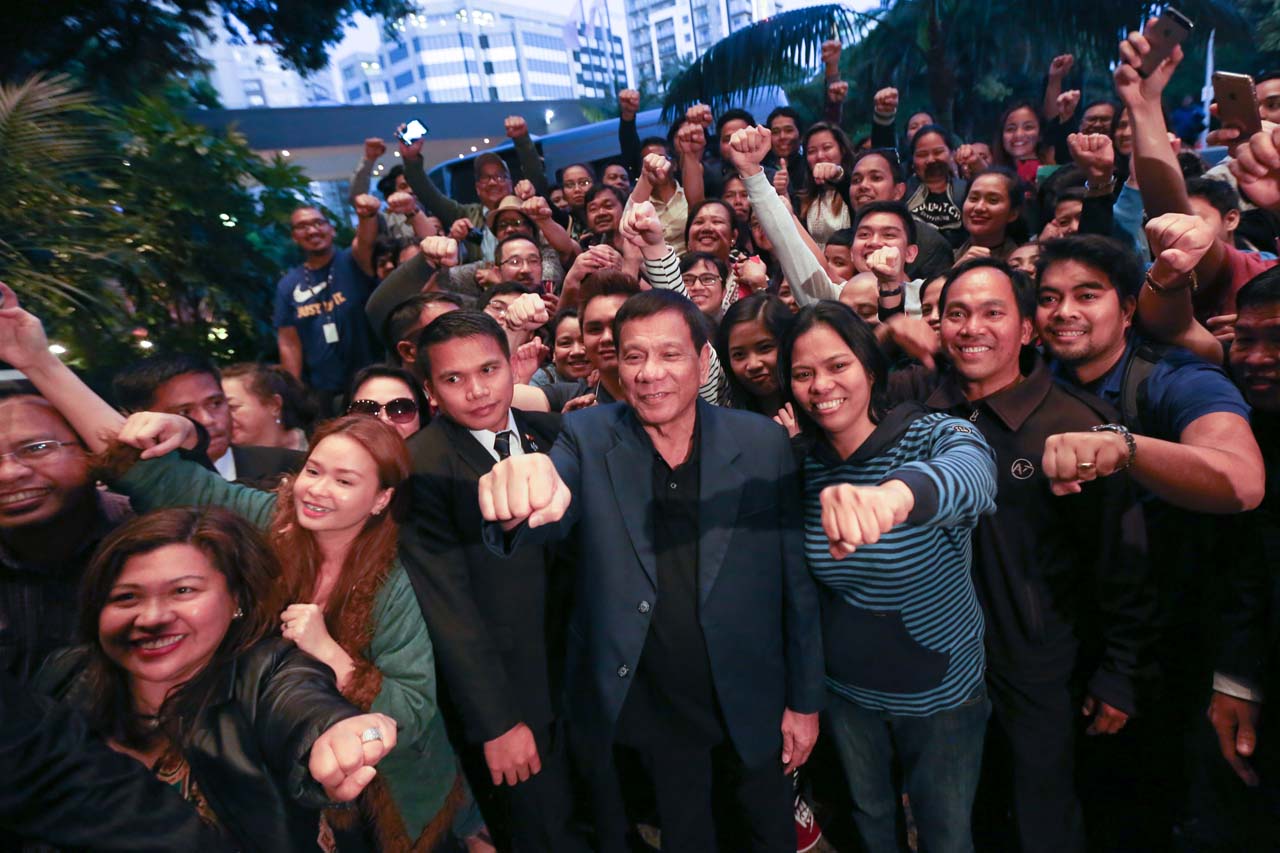 MANILA, Philippines – President Rodrigo Duterte made the most of his long stopover in Auckland, New Zealand by meeting overseas Filipino workers and paying a courtesy call on New Zealand Foreign Minister Murray McCully.

Duterte arrived in Auckland from Lima, Peru where he had attended the Asia-Pacific Economic Cooperation (APEC) Leaders’ Meeting from November 19 to 20.

In photos sent by Malacañang, Duterte can be seen posing with groups of OFWs outside a hotel on Tuesday, November 22. Filipinos had been waiting outside, hoping for a chance encounter with the President. 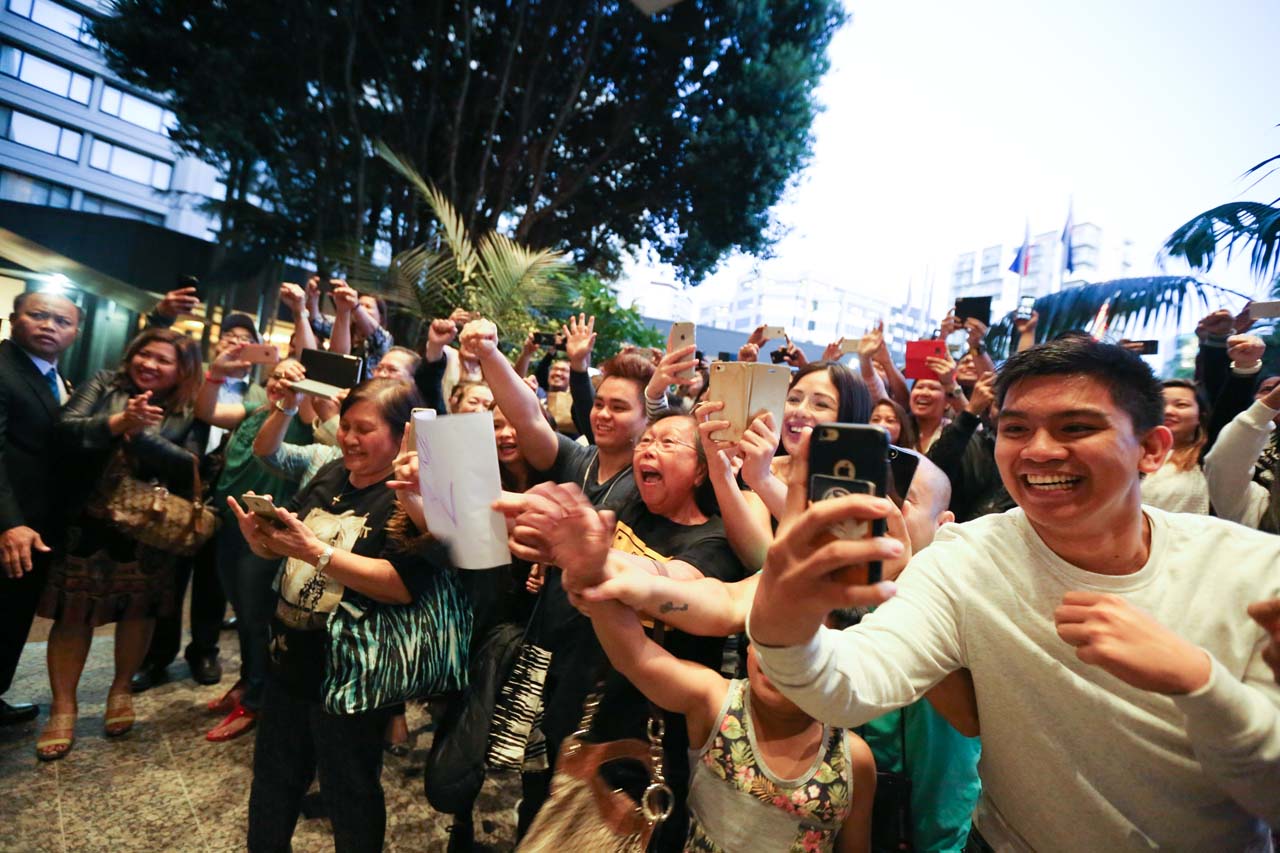 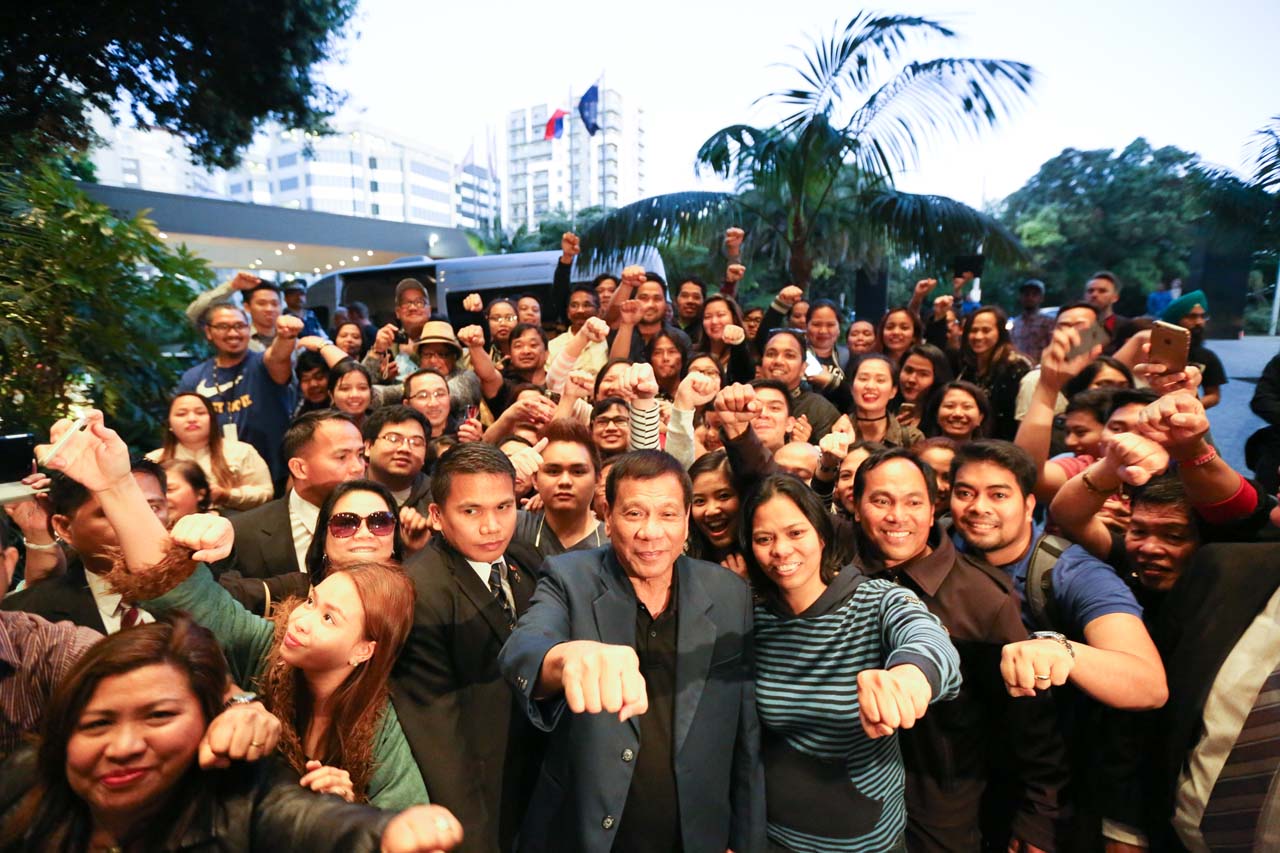 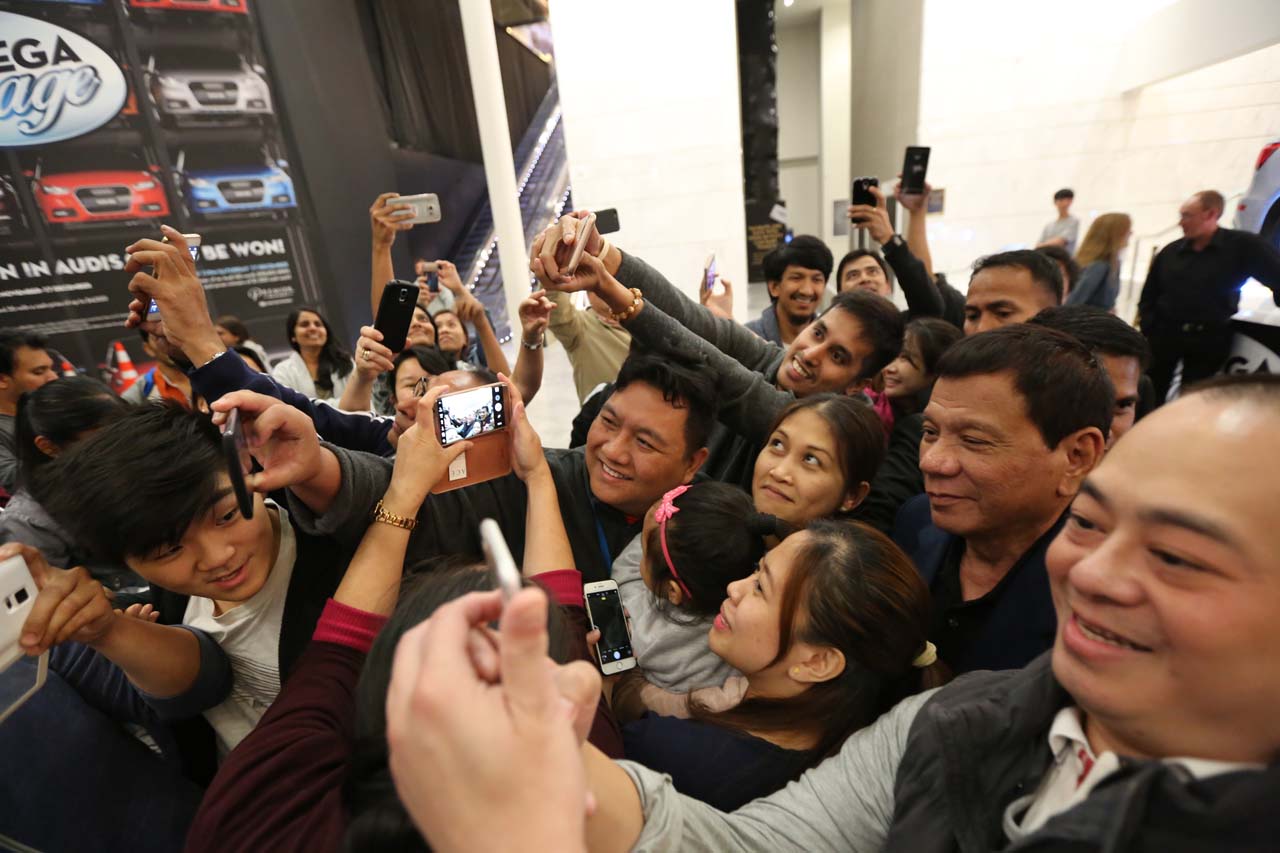 McCully brought up the West Philippine Sea (South China Sea) dispute with Duterte, according to a Channel News Asia report.

The foreign minister described Duterte as “warm, courteous, and actually quite charming,” said an article by the New Zealand Herald.

“He doesn’t beat around the bush. He has got quite firm views and he expresses them, and very colorfully,” the national newspaper also quoted McCully as saying.

During their meeting, Duterte took the opportunity to express sympathy for the victims of the strong earthquake that hit New Zealand’s South Island last November 13. 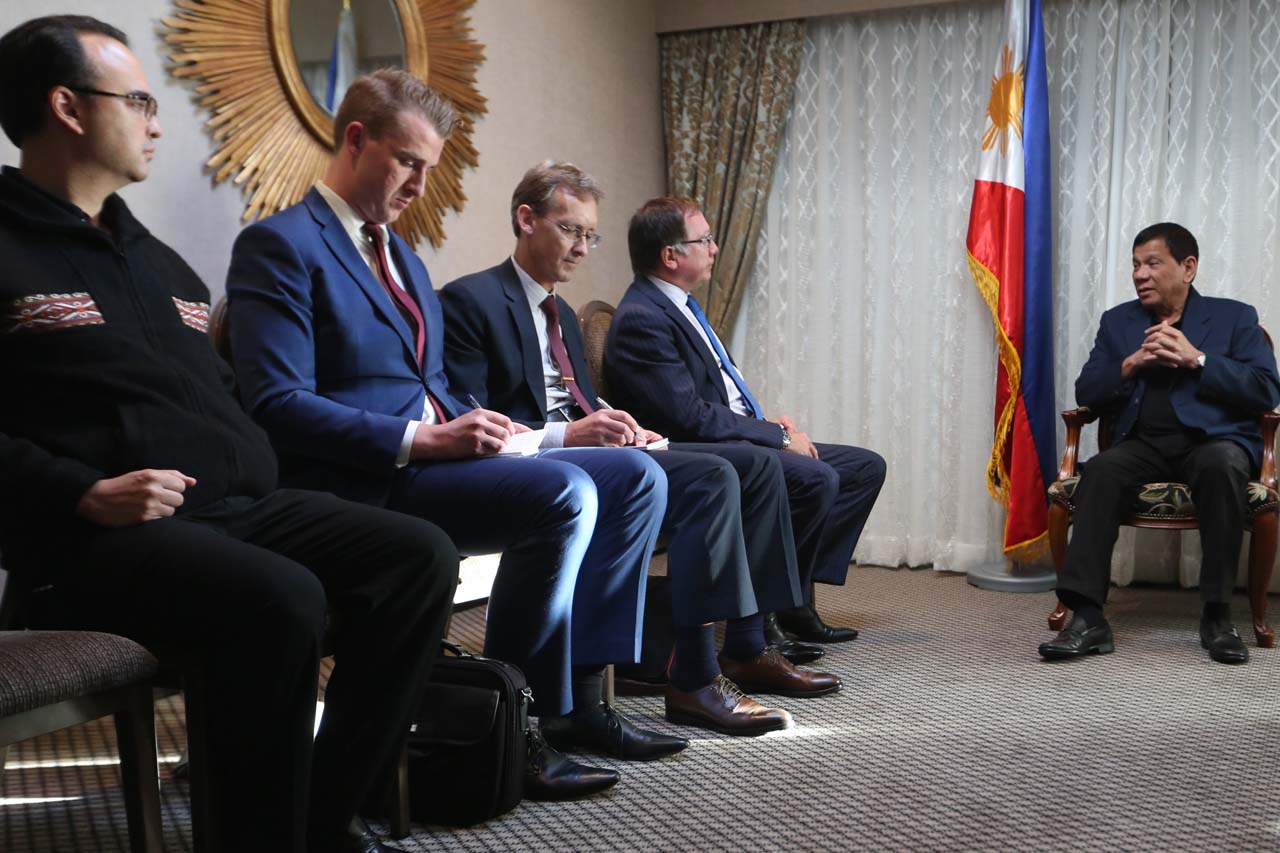 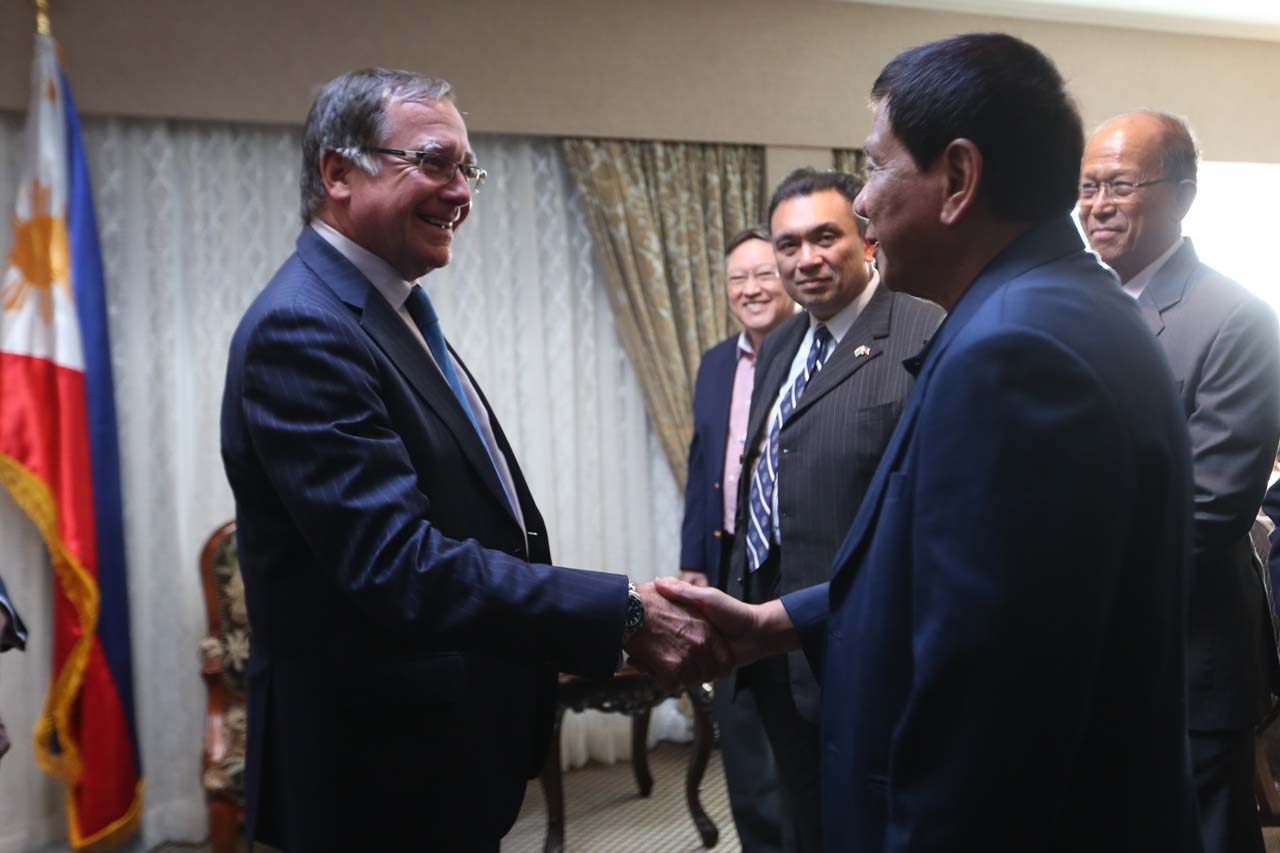 The Philippine President also thanked the New Zealand government for hosting over 44,000 Filipinos and for providing assistance to victims of typhoons back home.

McCully informed him that Filipinos play an important role in New Zealand’s economy, with most of them working in sectors like healthcare, dairy production, and construction.

Duterte did not pass up a chance to discuss his administration’s campaign against illegal drugs and criminality. But he also emphasized the need for international cooperation against another threat: terrorism.

Duterte “stated that guarding against rise of terrorism in Asia-Pacific region should be a shared priority of the two countries,” said Communications Secretary Martin Andanar.

At the end of the meeting, McCully invited Duterte to return to New Zealand for a longer visit.

From Auckland, Duterte flies to Davao City where he is expected to arrive late Wednesday night. – Rappler.com