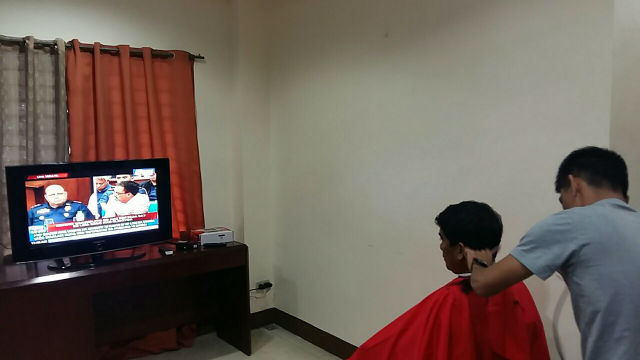 (He’s okay here in Congress. He’s with his family, his wife and daughter. He’s safe.)

According to Detabali, Dayan’s wife and child had joined him on his trip from La Union to Manila, and the 3 spent the night inside the House Legislative Security Building, where Dayan’s detention room is located. Guards are keeping watch inside and outside his room.

A television has been provided for the Dayans, but Detabali said they have no access to mobile devices.

(Our doctor here in Congress conducted a check-up on him because he still has bruises. We also asked a barber to enter to cut his hair for the hearing tomorrow.) 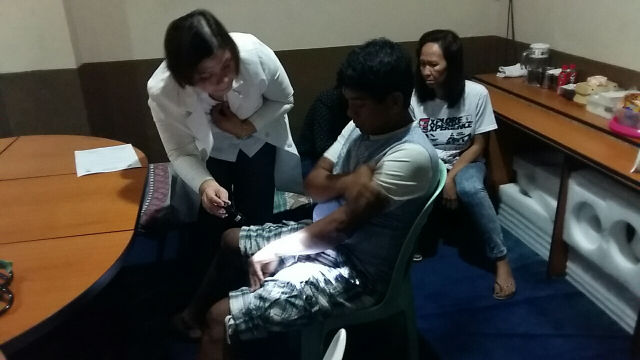 Dayan is set to testify as the House committee on justice reopens its probe into the narcotics trade inside the New Bilibid Prison (NBP), where past witnesses alleged that Dayan supposedly collected millions of pesos in drug money for his former boss, then justice secretary De Lima. (READ: The public trial of Leila de Lima)

No less than President Rodrigo Duterte himself first brought to public attention Dayan and De Lima’s relationship and supposed links to the prison drug trade in August, prompting Dayan to go into hiding.

The justice panel had ordered Dayan’s arrest and cited him in contempt for failing to appear during the October 6 hearing despite a subpoena.

After police arrested Dayan in San Juan, La Union on November 22, Dayan admitted having a 7-year relationship with De Lima and claimed he acted as her bagman for transactions with alleged Eastern Visayas drug lord Kerwin Espinosa in 2014. (READ: Kerwin Espinosa: Albuera top cop introduced me to Ronnie Dayan)

According to Umali, lawyers Manny Buenaventura and Abet Reyes from the Integrated Bar of the Philippines will be two out of the 3 legal counsels who will be assisting Dayan in drafting his affidavit and giving his testimony.

Umali added that Dayan is free to go home after Thursday’s hearing, since no arrest warrant stemming from a criminal case has been issued against him.

“Pagkatapos ng (After the) hearing, he’s a free man. Kaya lang naman siya inissuehan ng warrant (A warrant was only issued against him) was because he did not honor the House his presence when he was ordered to do so,” said Umali. – Rappler.com