AFP chief on Marcos burial: ‘They like us in jail? So be it’ 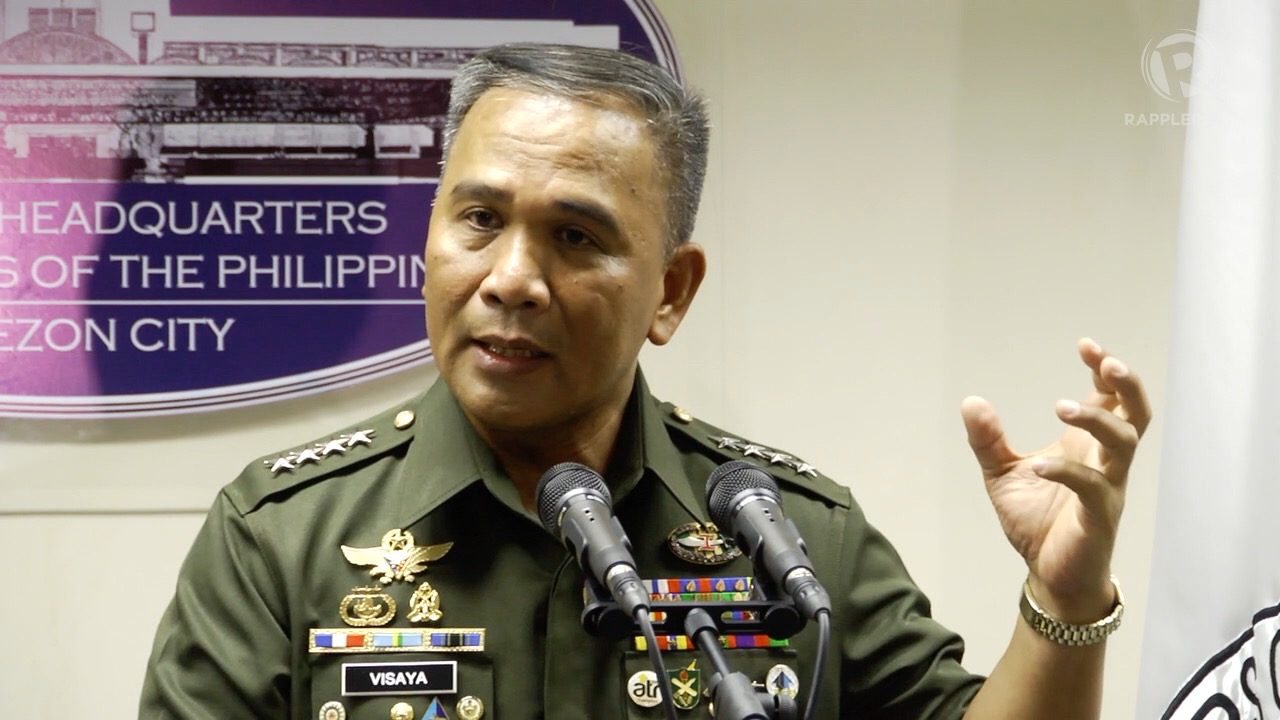 “We respect everybody. ‘Yung mga complaints nila sa amin na (Their complaints about us where) they would like us to be seen in jail? So be it. We respect also the Marcoses. The Marcoses would like the former president to be buried solemnly and privately. We have to respect that,” Visaya said in a press conference on Wednesday, November 23.

Former Bayan Muna representatives Satur Ocampo and Neri Colmenares led a petition before the Supreme Court seeking to cite in contempt the Marcos family and the military for the burial that surprised the nation. (READ: Marcos burial: Did AFP commit violations?)

It was the first time the military chief publicly spoke about the burial. Visaya was in Israel when the burial happened. The military’s No. 2, Vice Chief of Staff Lieutenant General Glorioso Miranda, led the military honors.

The burial was held only 10 days after the High Court ruling on November 8 to uphold the decision of President Rodrigo Duterte to bury Marcos at the Libingan. The petitioners argued that the Marcos family and the military should have waited for the court to resolve motions for reconsideration, which they said they declared they would be filing immediately.

But Visaya said there was no need to wait. “We just had to assist. We have to implement whatever the decision of the Supreme Court. Is there any illegallity there? No. I dont’think so,” he said.

It would appear that the Marcos family coordinated directly with the AFP on Friday.

Visaya said they implemented the August 7, 2016 order of Defense Secretary Delfin Lorenzana to prepare for the burial of Marcos at the Libingan. The order specifically instructed the military to “coordinate closely” with the Marcos family regarding the date of interment and the transport of Marcos’ remain from Ilocos to the Libingan.

Preparations began when the Lorenzana issued the order. Two weeks later, work was halted when the Supreme Court issued a status quo order on August 23.

Visaya said the go signal from the Supreme Court prompted the military to resume preparations for the burial.

“There was already a ruling coming from the Supreme Court that the president is allowed to be buried there. Because of that, the order coming from the DND ni-resume namin,” Visaya said.

Protesters will hold a grand rally on Friday, November 25. – Rappler.com