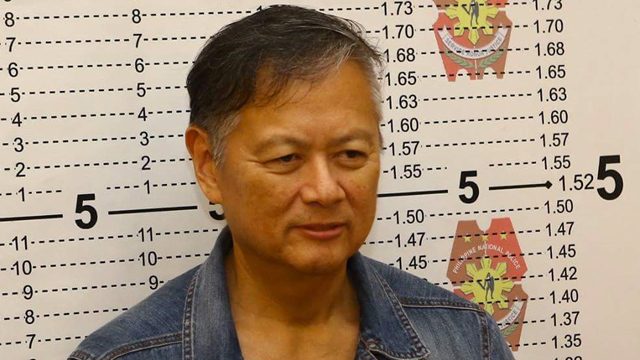 MANILA, Philippines – State prosecutors have asked the anti-graft court Sandiganbayan to uphold a graft case filed against former Palawan governor Joel Reyes for the alleged misuse of P3.25 million in public funds in connection with the fertilizer fund scam in 2004.

In their motion before the Sandiganbayan’s Fifth Division on Monday, November 21, the prosecutors asked the court to junk Reyes’ petition for a judicial determination of probable cause and deferment, or lifting, of the warrant for his arrest.

Reyes, two agriculture officials, and Marina Sula and Nathaniel Tan of the Masaganang Ani Para sa Magsasaka Foundation Incorporated (MAMFI) were charged in connection with the allocation of provincial funds under the Farm Inputs and Farm Implements Program (FIFIP).

Reyes and regional executive director Dennis Araullo and technical director Rodolfo Guieb, both of Department of Agriculture-Region 4, allegedly favored MAMFI as project implementor without conducting the necessary public bidding and even if MAMFI was not government-accredited.

Reyes, speaking through his lawyers, claimed the allegations had no legal basis. He said added the Department of Agriculture (DA) decided on the kind and amount of fertilizer that was to be bought, and that he did not participate in the transaction.

The prosecution argued that the filing of a judicial determination of probable cause is unnecessary, as the court is duty-bound to make such a determination.

The prosecution added that Reyes already admitted to signing the memorandum of agreement identifying MAMFI as the fund conduit for implementing the farm input project, with him as the endorser or proponent.

“In the instant case, neither manifest effort nor grave abuse of discretion can be attributed to the investigating prosecutor. The finding of probable cause is supported by substantial evidence on record,” the prosecutors said.

The prosecutors argued that, as in earlier Supreme Court rulings, the existence or absence of the elements of an alleged crime is evidentiary in nature, and must be deliberated in a full-blown trial.

Aside from the graft case, Reyes is facing charges for the murder of broadcast journalist Gerry Ortega. (READ: SC: Murder trial of Palawan ex-governor can proceed)  – Rappler.com