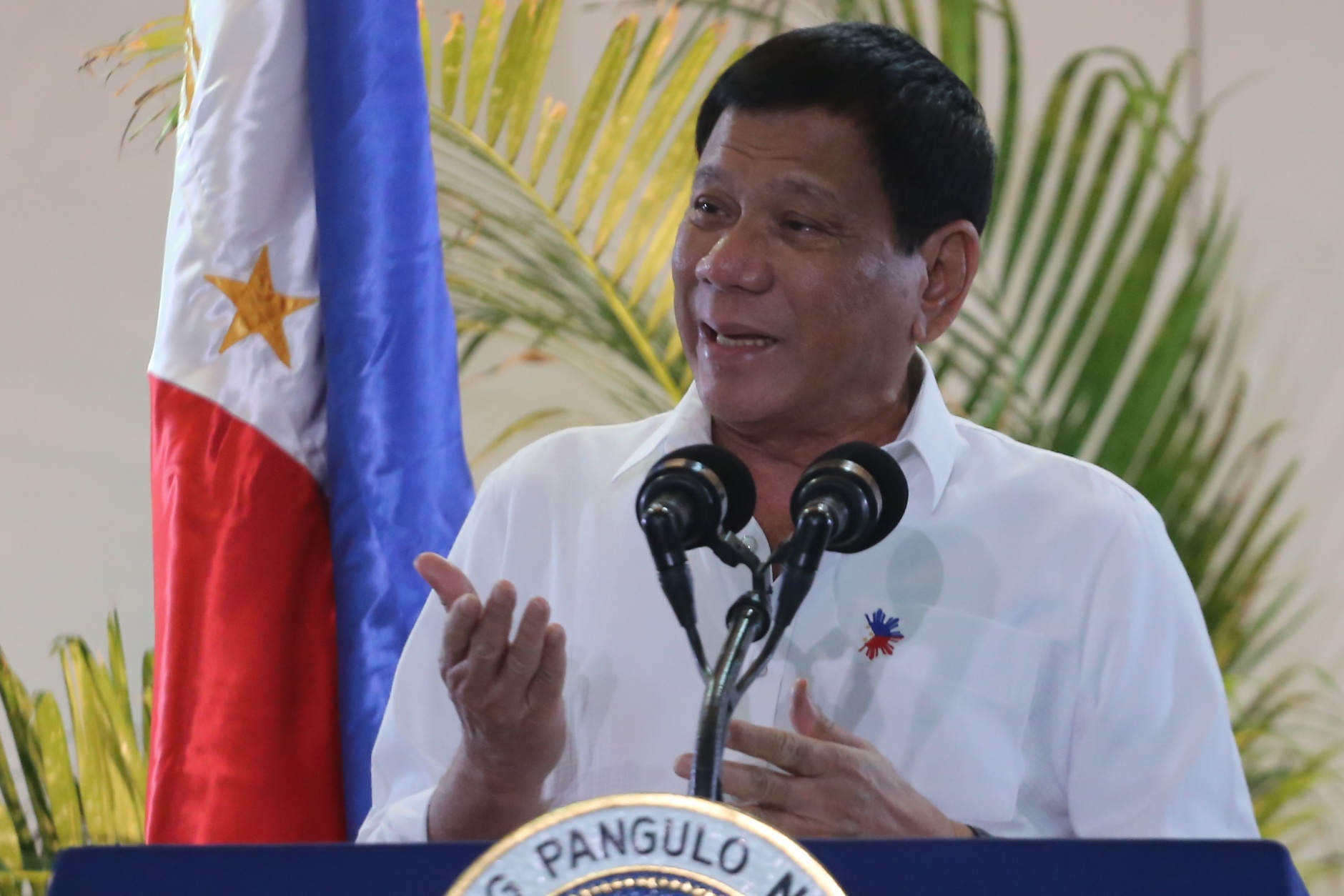 MANILA, Philippines – President Rodrigo Duterte gave his assurance to those joining protest rallies against the Marcos burial that they will be protected as they assemble in any public place and “for as long as they want.”

In a press conference that finished past midnight of Thursday, November 24, the President also said demonstrators will not need to secure permits from local government units – running against the requirement imposed by LGUs.

Duterte, speaking upon his return from the Asia-Pacific Economic Cooperation (APEC) Summit in Peru, said that the government’s actions should be guided by “the common good and the general welfare of the people.”

Addressing protesters, he said: “While your protest actions are being staged, our military forces will remain and be confined in their camps.They are restricted to be there in their proper places.” (READ: Post-Marcos burial rage: Rallies to go on until Nov 30)

He said the government will “keep a lean number of police personnel,” and their role “shall be limited to traffic enforcement and the basic public policy standards. They are prohibited from carying long firearms.”

The President said rallies “shall be allowed in all open public spaces for as long as they want, with no time limit. Hindi na kailangan (It won’t be needed) to secure rally permits or be in fear of being evicted.”

He explained that while “a permit is always required,” the participants in the ones being staged on November 25 will be “mobile, ambulant, and traveling from one jurisdiction to the other.” (READ: November 25 Luneta grand rally: What you should know)

“‘Pag cross mo (When you cross) from Paranaque, to Pasay, to Manila, with different mayors, with different entities that would issue the permit to hold a rally, there might be some local governments that might deny a permit to be issued, and then if there is the marching now of people they will confront it with the police. Kung ganon magulo, ako na mismo ang nagsasabi, as President, I assume that responsibility. (If it will be that chaotic, I will be the one to say, as President, I assume that responsibility.) I will answer for all legal issues there,” Duterte said.

Duterte added that his purpose was to ensure peace for the public. “To paraphrase what was said, I may not agree with what you say but I will protect your right to say it. That is our democracy. As your president you have my word and you have that commitment.” – Rappler.com