Nov 24, 2016 9:37 PM PHT
Raymon Dullana
Facebook Twitter Copy URL
Copied
The protests, dubbed as the “National Day of Unity and Rage,” will be simultaneously done with the anti-Marcos grand rally in Luneta on Friday 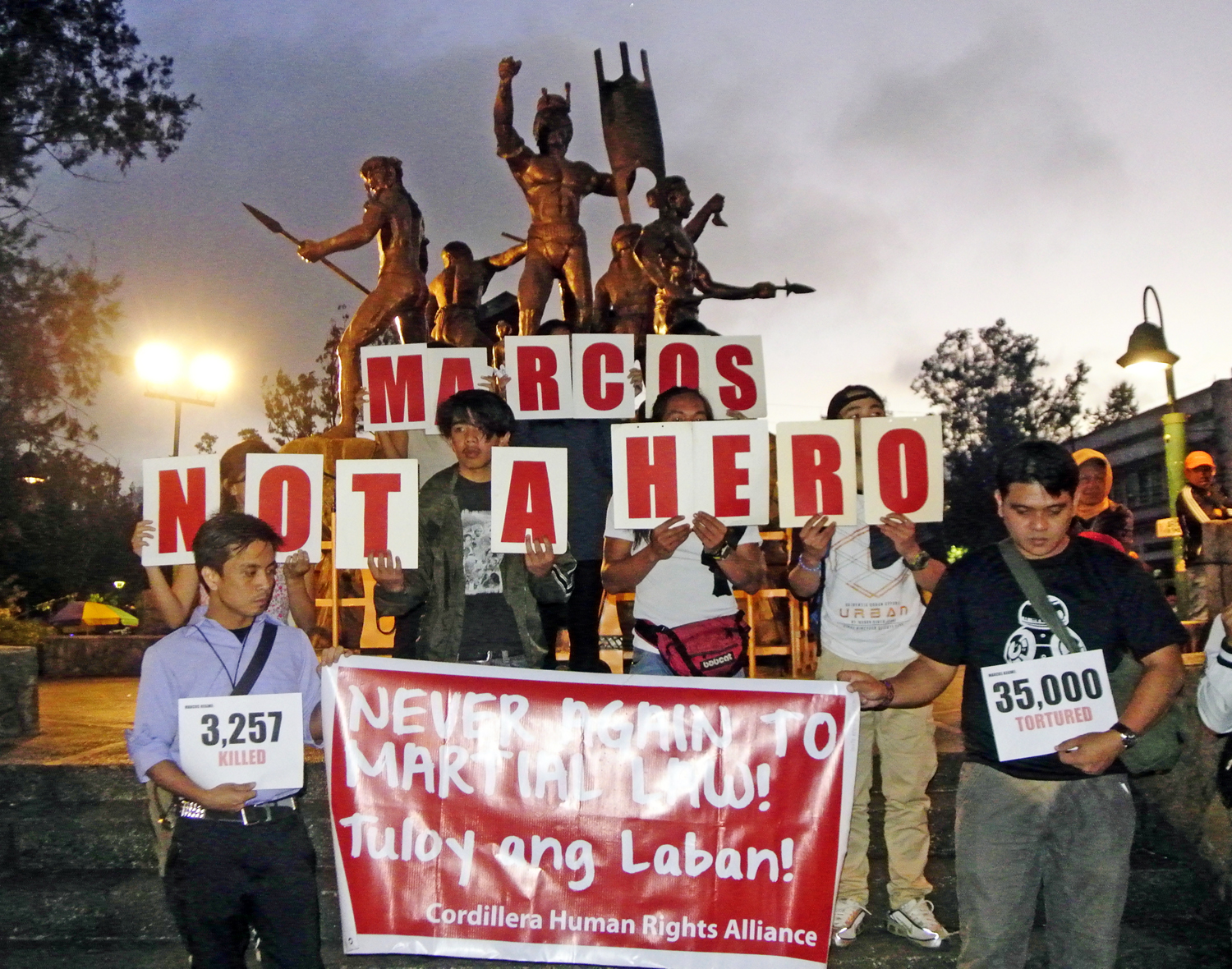 The Campaign Against the Return of the Marcoses to Malacañang (Carmma) Cagayan Valley regional chapter and militant group Karapatan linked with different youth and student organizations in the region.

Protesters in Tuguegarao will converge in Rizal Park and will march to the Mall of the Valley for a program at 9:30 am.

In Isabela, protesters will meet at the Maharlika Highway, in front of Santiago City Public Market at 10 am.

Protesters in Ilocos Sur will hold a protest in the Welcome Arch of Vigan City, in front of the statue of Filipino politician, writer, and labor activist Isabelo Delos Reyes.

Protesters are also set to have a rally in Baguio City.

The protests, dubbed as the “National Day of Unity and Rage,” will be simultaneously done with the anti-Marcos grand rally in Luneta on Friday, following the surprise burial of former President Ferdinand Marcos at the Libingan ng mga Bayani.

“Let us rage against the revision of history and the reversal of the people’s judgement. Let us work for genuine democracy and for a change in an unjust system that breeds tyrants and plunderers and fosters shameless political accommodation and compromise,” Romella Liquigan, regional coordinator of Karapatan Cagayan Valley, said in a press statement.

Liquigan said the rally is open for “Filipinos in all walks of life.” They are urged to wear black. – Rappler.com