Duterte may submit final ‘drug list’ to NSC next week 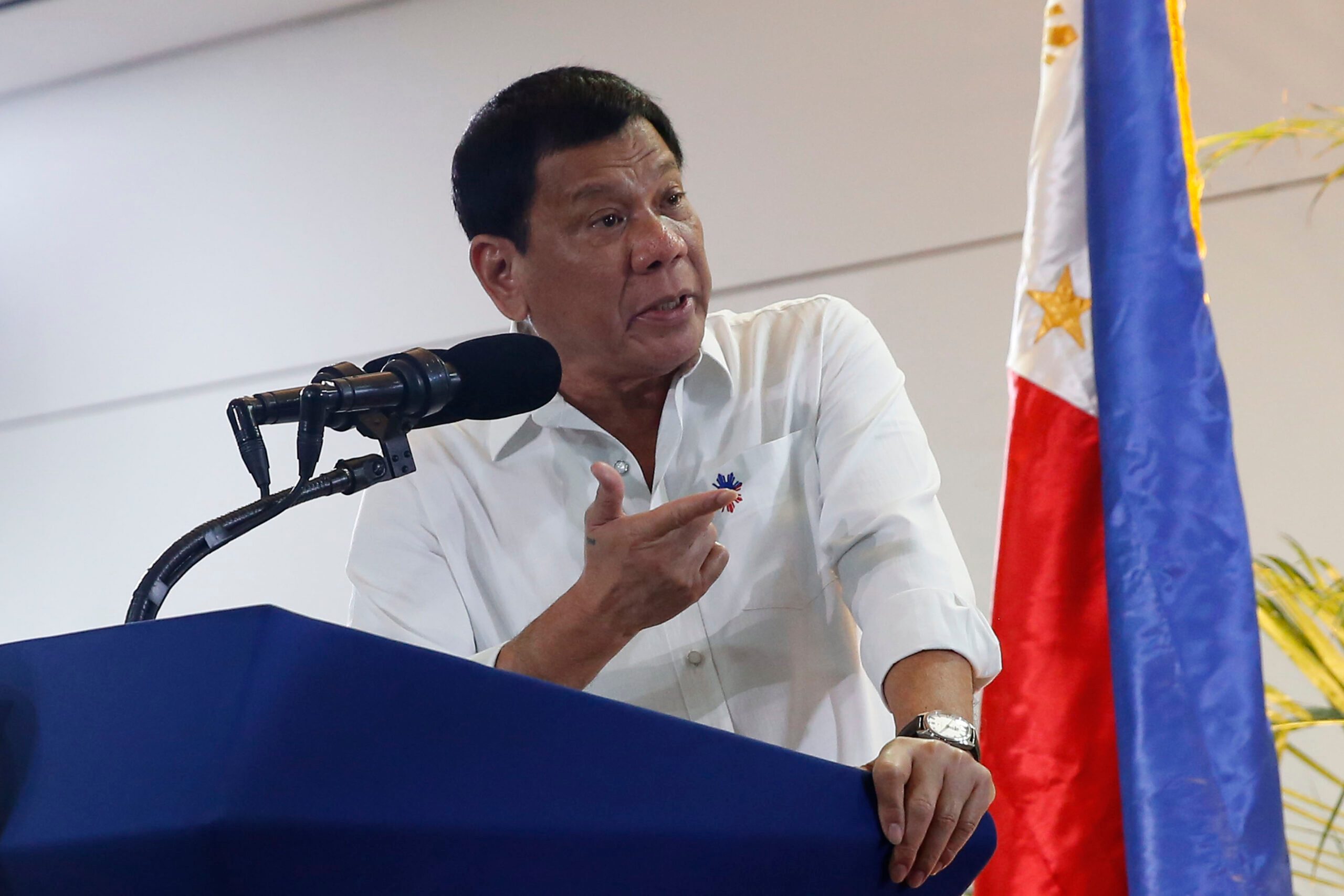 MANILA, Philippines – President Rodrigo Duterte said on Saturday, November 26, that he may submit his final, validated list of alleged drug personalities to the National Security Council (NSC) before the end of the month.

Duterte made the statement at the San Beda College law alumni homecoming, where he detailed the major challenges confronting his administration.

“Maybe before the end of the month, I will submit that report to the National Security Council. And I will give each of them a copy, and then the Senate President and the Speaker of the House. Then let us formulate how to prevent disaster for the next generation,” he said.

The President did not say, however, whether he planned to convene the NSC to present the “validated” drug list. The NSC has as members past presidents, key Cabinet members, Congress leaders, and security officials, among others.

Duterte convened the NSC for the first time on July 28 to discuss the Philippines’ victory against China in its West Philippine Sea (South China Sea) dispute, the Duterte administration’s peace roadmap, and its war on drugs.

He told his fellow Bedans on Saturday that in the course of validating the drug list, the names of several police generals he mentioned early in his term “keep on cropping up.” Duterte specifically mentioned retired police general Vicente Loot, who is now mayor of Daanbantayan, Cebu.

In his testimony before a congressional inquiry, alleged Eastern Visayas drug lord Kerwin Espinosa claimed that he paid protection money to several police officers, including Loot, who was then deputy regional director for administration of Police Regional Office 8 (PRO-8). Loot had denied the allegations.

Duterte had also earlier released an alleged drug matrix of personalities involved in the New Bilibid Prison drug trade, which reportedly included Senator Leila de Lima and her former bodyguard and boyfriend, Ronnie Dayan. Both denied the allegation but Dayan implicated De Lima when he appeared at a recent congressional inquiry.

Duterte’s initial drug matrix also included Pangasinan officials whom he later cleared of involvement in the drug trade, after further validation. The President issued a public apology to the officials, including Pangasinan 5th District Representative Amado Espino Jr, for his “negligence.” – Rappler.com