A can of contradictions in Ronnie Dayan’s testimony 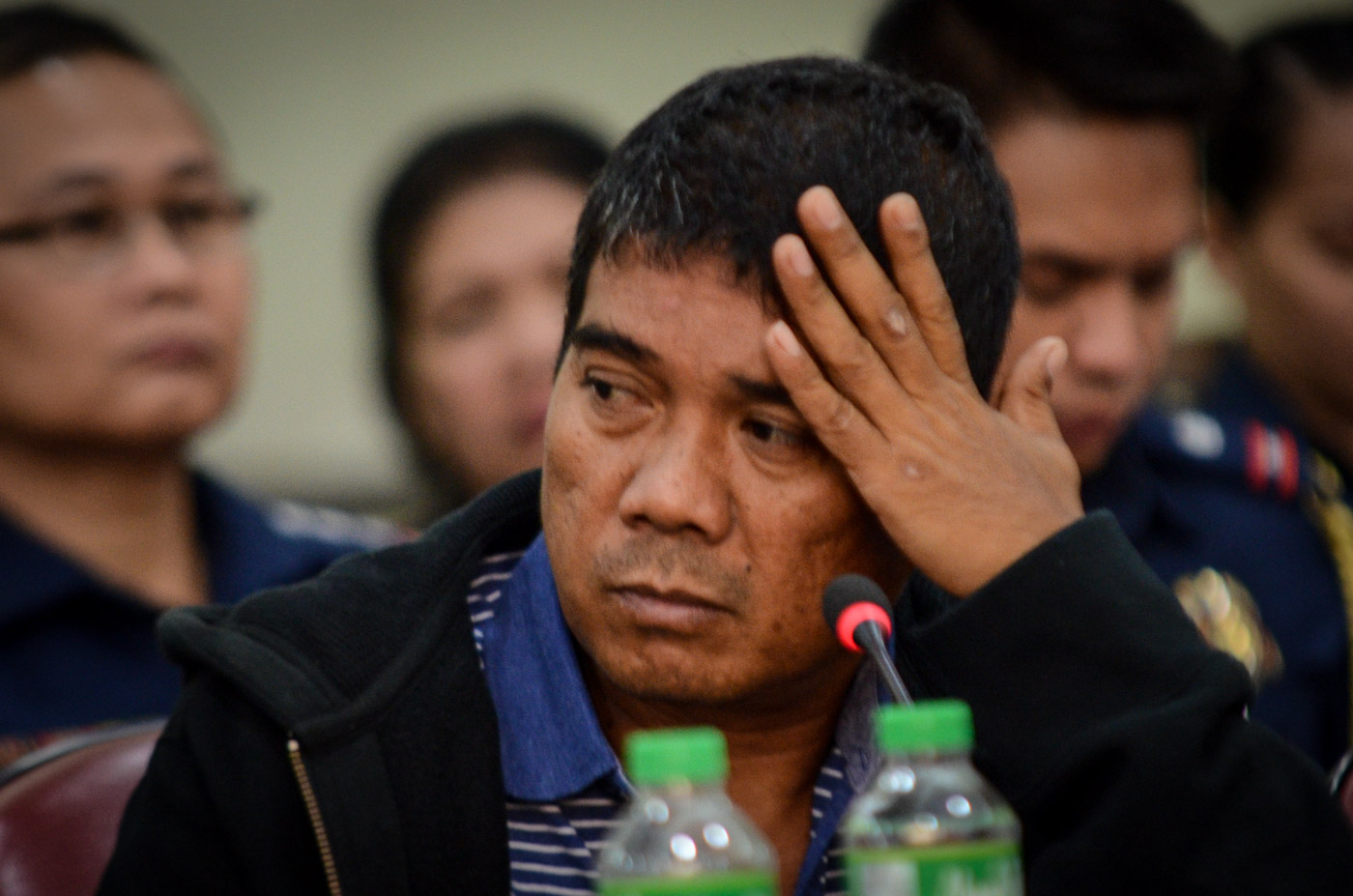 MANILA, Philippines – He was supposed to be the “missing link” in the House probe into the narcotics trade inside the New Bilibid Prison (NBP), but Ronnie Dayan’s testimony left more questions than answers.

The House committee on justice reopened its investigation on Thursday, November 24, after Dayan, former security aide of Senator Leila de Lima accused as her bagman, was nabbed by the police in San Juan, La Union.

He went into hiding and snubbed a subpoena from the panel after no less than President Rodrigo Duterte himself claimed in August that Dayan and De Lima had an illicit affair and also had links to the NBP drug trade.

Dayan, whom the justice panel already found accountable for the proliferation of drugs inside the NBP along with De Lima and other officials, had promised to tell the truth before congressmen.

But what exactly was he able to put on the table?

The bagman and his affair

He admitted having a 7-year love affair with De Lima, one that ended in 2015 after the former justice secretary supposedly found a new boyfriend and ordered Dayan to resign. It was a relationship that the embattled senator already admitted before Dayan’s arrest.

Dayan also said that he had collected money from alleged Eastern Visayas drug lord Kerwin Espinosa upon the orders of his former boss.

De Lima’s ex-driver and bodyguard also claimed that he was used by Rafael Ragos, former Bureau of Corrections (BuCor) officer-in-charge, to get closer to De Lima and rise through the bureau’s ranks.

But far from shedding light on why anomalies happened inside the NBP under De Lima’s stint with the justice department, Dayan opened a can of contradictions among all the testimonies presented before the House committee on justice.

Chinks in the testimony

All of the high-profile NBP inmates-turned-witnesses alleged Dayan either facilitated the fundraising or collected drug money from them himself to help fund De Lima’s 2016 senatorial bid. (READ: The public trial of Leila de Lima)

But Dayan denied knowing any of the convicts.

While Dayan admitted knowing Ragos, Dayan also denied the latter’s claim that he gave millions worth of “quota” to De Lima through her security aide at a house in Parañaque City, where De Lima and Dayan lived together for a while.

There is also a glaring one-year difference in the time Dayan and Espinosa met up for their transactions based on their testimonies before the House and Senate, respectively. For Dayan, it was 5 times in 2014, but for Espinosa, it was only 4 times in 2015.

It’s a classic case of he said, she said.

It’s no wonder, then, that several lawmakers cast doubt on Dayan’s testimony, documented in a 4-page affidavit that took only a day to finish with the help of his lawyers from the Integrated Bar of the Philippines.

(I think you are saying some truthful things, but I think you’re still trying to absolve the senator because you’re saying you didn’t know Kerwin is a drug lord.)

Deputy Speaker Ferdinand Hernandez urged the Department of Justice (DOJ) to carefully consider making Dayan a state witness “until he will tell the real truth in his participation.”

Dayan had repeatedly told congressmen that while he and De Lima had an intimate relationship, he does not have influence over all her actions.

This was supposedly the explanation as to why Dayan did not ask De Lima if the money he was collecting from Espinosa came from drugs.

“In the DOJ, in the BuCor, they go to you. You recommended people and she followed you, but you’re saying that you had no influence,” the South Cotabato 2nd District representative told Dayan.

The House released Dayan from their custody at the end of the hearing and turned him over to the Philippine National Police for his protection. Dayan is set to be under the DOJ’s Witness Protection Program by the end of November.

De Lima slammed Dayan’s appearance before the House committee on justice, who issued a show-cause order against her for supposedly barring Dayan from testifying.

She called the probe a “spectacle” after some congressmen directed questions with sexual undertones to Dayan on his relationship with De Lima. (READ: Lawmakers feast on De Lima-Dayan love affair)

In their defense, congressmen said the queries had to be asked to establish De Lima and Dayan’s relationship and to show if he had any influence over her. (READ: Female senators slam House probe ‘in aid of misogyny, voyeurism’)

“I did not watch the entirety of my public hanging. It’s a spectacle that diverts us from more important national issues, and I don’t believe I am one. But soon, I will face my detractors. As a woman, it breaks my heart that my private life and personal relationship have become subject of the public and Congress’ ridicule,” said De Lima.

“No woman, whoever or whatever she may be, whether a sitting senator or a humble secretary, deserves to be betrayed, to be treated with so much disrespect and without dignity, before the public eye, by any man she is with or had a relationship with,” she added. – Rappler.com