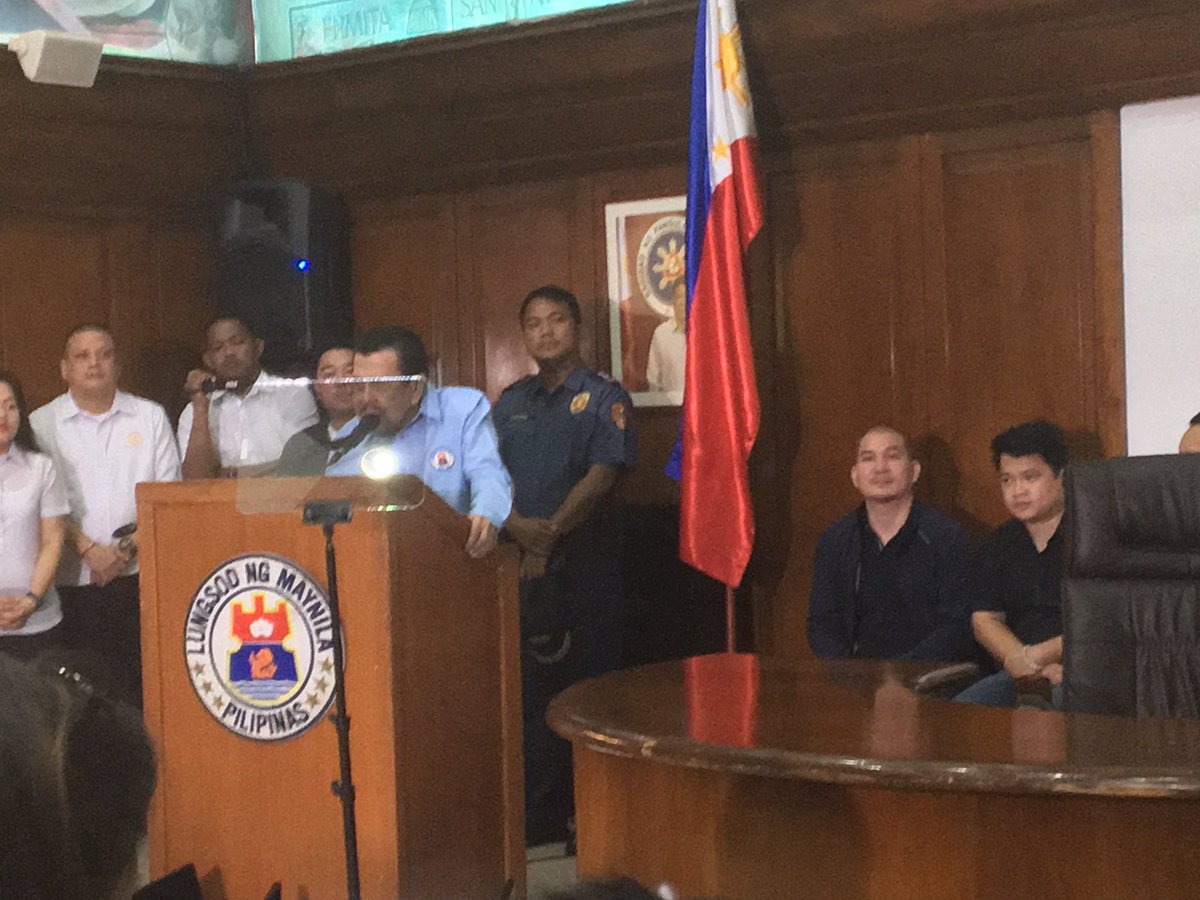 MANILA, Philippines – Manila Mayor Joseph Estrada on Monday, November 28, announced that he had fired all traffic enforcers and office personnel of the Manila Traffic and Parking Bureau (MTPB) amid reports of corruption.

The mayor said he received numerous complaints that many MTPB employees are involved in extortion and other illegal activities.

“I want them all out, no exception,” Estrada said.

The sacked employees can still reapply starting Monday, but they will have to meet a new set of standards to be determined by a special selection committee.

Only 300 applicants will be hired, since not all of the previous 600 actually reported for duty, according to MTPB chief Dennis Alcoreza.

Alcoreza also said training for enforcers will begin by Friday, December 2, at the Manila Police District-Traffic Enforcement Unit (MPD-TEU). The training will last for at least a month, with 100 trainees per batch.

The salary of an MTPB enforcer will also increase from P6,000 to P10,000 a month. Alcoreza said this increase would hopefully prevent enforcers from committing extortion.

In the meantime, 244 cops from the MPD will handle traffic management.

Estrada on Monday also launched a “traffic super body” to oversee the strict implementation of traffic rules in the city and come up with solutions to decongest roads.

“Traffic is everybody’s concern. We should come up with a collective effort to address our perennial traffic problems,” Alcoreza said.

Asked if the super body would be in conflict with the Inter-Agency Council on Traffic (i-ACT), which oversees traffic for the entire Metro Manila, Estrada said there would be no problems since they have the same goals.

Estrada said the Manila city government will closely coordinate with the i-ACT. – Rappler.com