Nov 29, 2016 12:40 AM PHT
Bobby Lagsa
Facebook Twitter Copy URL
Copied
The local government is expecting more residents to be displaced as the military continues its offensive against the local terror group 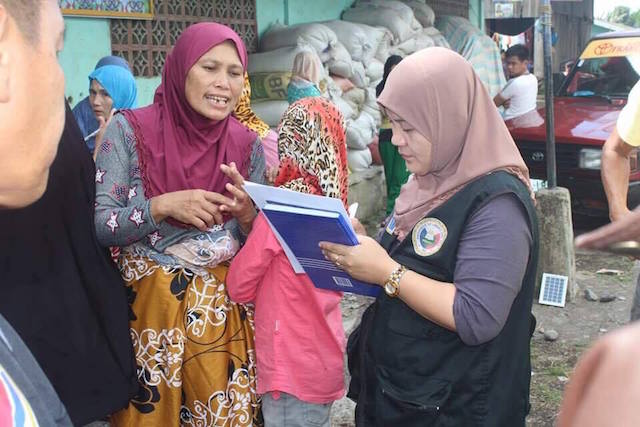 LANAO DEL NORTE, Philippines – A total of 1,955 families have been displaced in Butig town in Lanao del Sur days since the armed skirmishes between government forces and the Maute terror group erupted again.

The local terror group, which has pledged allegiance to the Islamic State (ISIS), occupied Butig’s abandoned municipal hall and nearby buildings. It prompted a military offensive to flush them out of the town center. (READ: AFP sends elite troops to retake Lanao town from Maute)

This is the 3rd time this year that the Maute group attacked the town of Butig. They attacked first in February and then in August.

Tamano said they are expecting more residents to be displaced as the military continues its offensive against the local terrorist group. The military said it could take  a full week to dislodge the members of the Maute group from Butig.

“Schools were not spared by the ongoing battles,” Alonto said.

The government has started repacking food supplies and emergency items and is expecting that the situation would become a national concern due to the interruption of classes and displacement of residents. – Rappler.com