Dela Rosa: I got orders to reinstate Espinosa protector 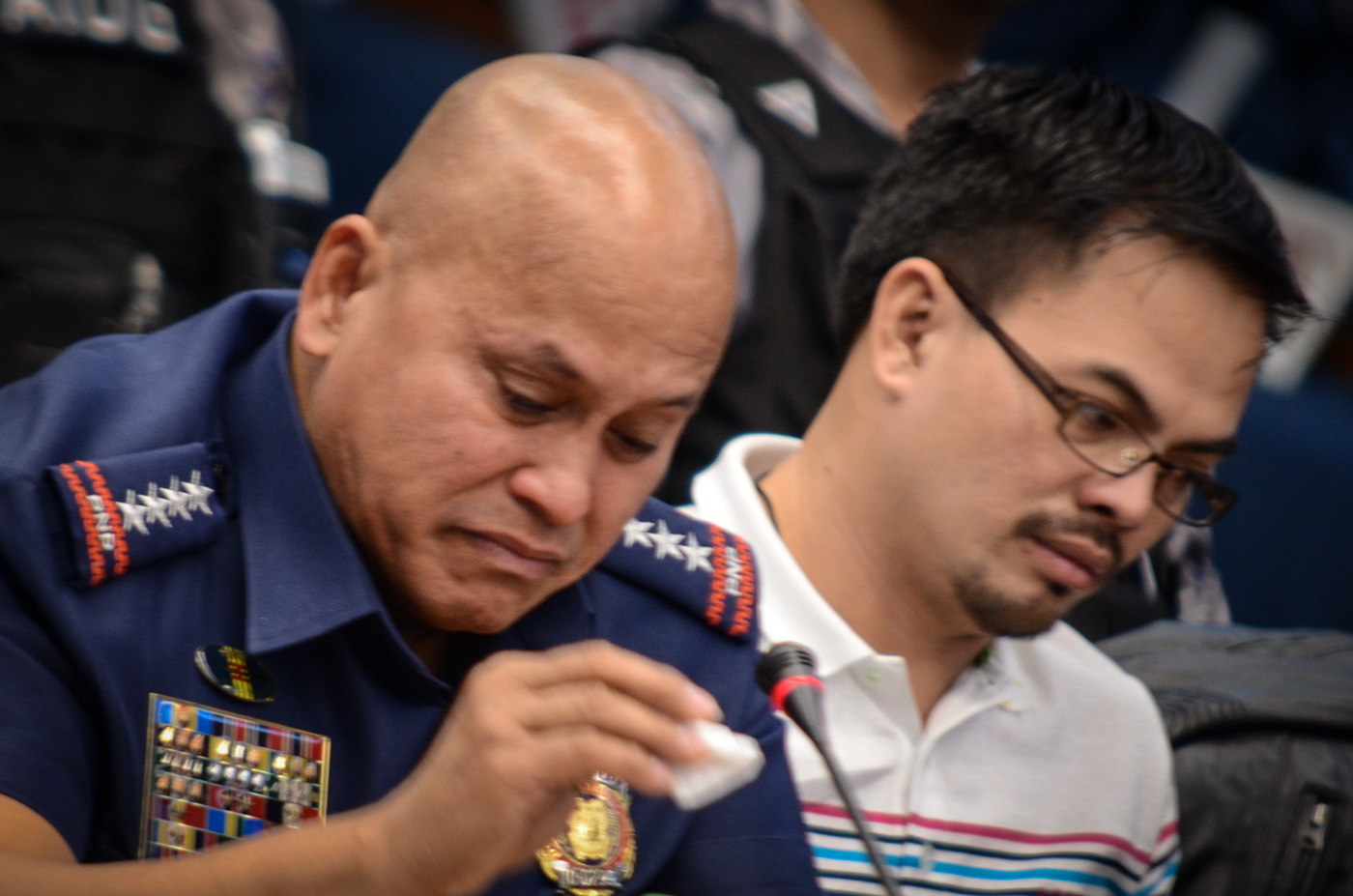 MANILA, Philippines – The police official who led the team that killed Mayor Rolando Espinosa Sr in jail had been relieved by the Philippine National Police chief Director General Ronald dela Rosa prior to the incident, but was reinstated upon orders by higher-ups.

Dela Rosa disclosed this on ANC’s Headstart with Karen Davila on Tuesday, November 29, explaining that before the police operation against the mayor on November 5, he had already ordered the relief of Superintendent Marvin Marcos after receiving information that he was on the payroll of the Espinosas.

But someone asked him to reinstate Marcos, Dela Rosa said. “May tumawag sa akin,” the PNP chief said, but refused to identify who the caller was.

Dela Rosa said that as a result of that call, he reinstated Marcos.

Asked by Davila if the call was made by someone higher in rank, Dela Rosa said yes. “Hindi ko sasabihin kung sino… doon sa taas.” (I won’t say who called me. Higher-ups.)

“Was it the President?” Davila asked.

The PNP chief let out a nervous laugh.

A member of his Cabinet?

It was Marcos who approved and supervised an operation of the PNP Criminal Investigation and Detection Group Region 8 (Eastern Visayas) unit to serve a search warrant against Mayor Espinosa inside the Leyte sub-provincial jail in Baybay town.

The mayor was shot in what Marcos and his group described as a shootout in jail. Senators and Espinosa’s son Kerwin said it was a rubout.

Dela Rosa said that he got wind of Marcos’ alleged links to the Espinosas weeks prior to the mayor’s death. His intelligence officers had gone to Abu Dhabi to secretly interview Kerwin Espinosa, who, at that time, was in jail there.

Kerwin as early as then gave the names of police officials on their payroll, and the list included Marcos, according to Dela Rosa.

The PNP chief then relieved Marcos but decided to retain him in the regional office so he could easily appear at the investigation that was initiated by investigators under the PNP Regional Internal Affairs Service, or RIAS.

But eventually, Dela Rosa said he was ordered to reinstate Marcos.

Asked if he regretted his decision, Dela Rosa said no, because at that point he was unaware of any plot – if any – to have the mayor killed. Asked again who Marcos’ patron was in the Duterte administration who had pushed for his reinstatement, Dela Rosa kept mum. 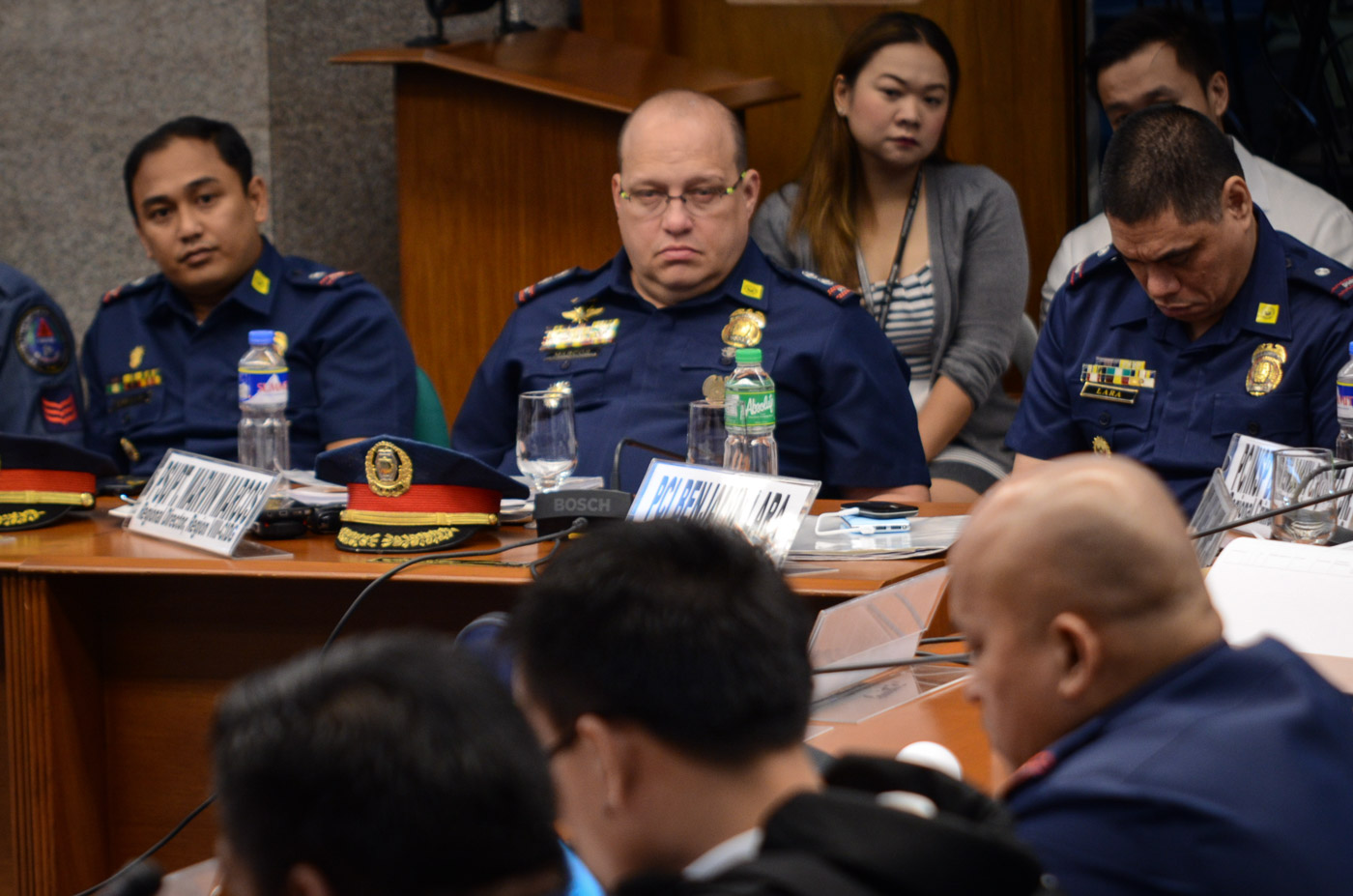 Espinosa said “Colonel Marcos” reached out to him through a certain “Major Abordo.”

Abordo, he said, contacted him to say that Marcos needed money supposedly to fund over 100 police deployed to secure the town during the 2016 elections.

(When he spoke, he said we should help each other. In the end, it was made clear that he needed my help because his wife was running for vice mayor of Pastrana and he was short on funding. He said he needed P3 million but I could only afford P2.5 million, and we eventually reached an agreement.)

In exchange for the cash, Espinosa said, Marcos promised to tell them ahead of time about the deployment and location of checkpoints in the area.

While the police officials who conducted the operation insist it was legitimate, senators have labeled it a “premeditated” operation to execute the late mayor. (READ: Espinosa case: Why were Marcos and team moved to CIDG 8?)

Yet, President Rodrigo Duterte stood by the local police. “I believe in the version of the police,” he said on November 11.

Espinosa was among the first local chief executives to be named publicly in President Duterte’s war on drugs. From being evasive from local police, Espinosa later said he would cooperate with authorities and even issued two affidavits pinning down politicians, police, and other officials who supposedly received “protection money” from his son. (READ: Senate probe: Poorly-written script in Espinosa killing?) – Rappler.com