Increase in malaria cases seen in IP communities in Palawan 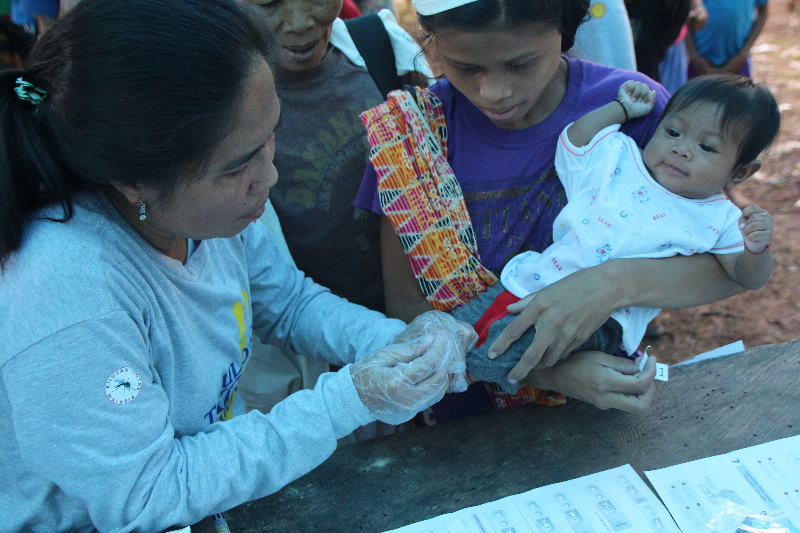 PUERTO PRINCESA CITY, Philippines – A high increase in malaria cases was recorded recently in some indigenous communities, mostly Palaw’an in Brooke’s Point, a first-class town in Southern Palawan, the Department of Health 4-B (DOH 4-B) recorded.

According to the DOH-MIMAROPA Regional Epidemiology Surveillance Unit (RESU), from January 1 to October 31, 2016, malaria cases in Brooke’s Point were 17% higher with 1,275 recorded cases compared to the same period last year which had 1,092.

The 5 barangays with the highest incidences of disease are the following:

Among the top 5 municipalities with malaria burden cases were Rizal, Brooke’s Point, Bataraza, Balabac and Quezon – all situated in Southern Palawan.

This prompted DOH-MIMAROPA, along with the Palawan Provincial Health Office and the local health officials of Brooke’s Point, to conduct its anti-malaria activities among indigenous communities at Sitio Cabangaan, Barangay Imulnod on Tuesday, November 29.

The one-day activity, which was done in line with observing Malaria Awareness Day, included a blood smear test and a Rapid Diagnostic Test (RDT). Meanwhile, Immunochromatographic Tests (ICT) for Filariasis and deworming were also administered to further prevent the increasing number of malaria cases in the province.

Long lasting insecticide nets were also given to 1000 families, as well as hygiene kits to every head of the family. 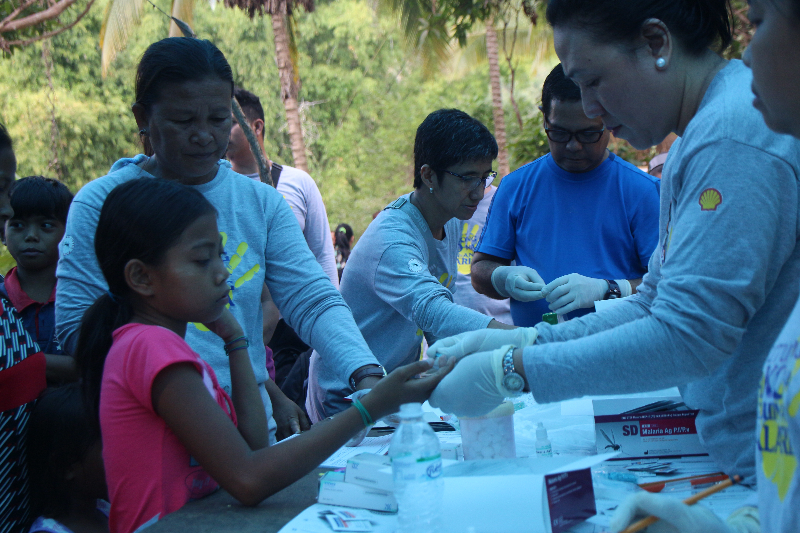 Ninth leading cause of death in PH

Malaria is the ninth leading cause of death in the country. It is a disease caused by parasites called plasmodium, which are transmitted by the anopheles mosquito. The anopheles mosquito thrives in rural and hard-to-reach areas such as hills, mountains, and coastal areas.

Malaria transmission is perennial and usually higher during the rainy season, putting at risks particularly upland farmers, forest workers, indigenous people and settlers in mountainous areas, such as migrant agricultural workers; and children below five years old and women.

The increase in malaria cases is due to lack of knowledge about the disease, the lack of random drug tests, the itinerant habits of the indigenous peoples (IPs) as well as wrong beliefs and customs about the disease.

According to DOH 4-B Regional Director Eduardo C. Janairo, malaria must be diagnosed and treated promptly to keep the illness from progressing and prevent further spread of infection in the community.

“I urge everyone, especially those in endemic malaria areas, to submit themselves for blood test in order to confirm their status and provide timely care and treatment. Malaria is everyone responsibility and the cooperation of every member of the community is vital in the elimination efforts,” Janairo said.

He added that his office continues its massive malaria prevention and control such as the continuing misting and spraying of outisde locations, with indoor residual spraying and clearing operations in endemic areas in cooperation with local government units to significantly reduce the spread of cases. – Rappler.com