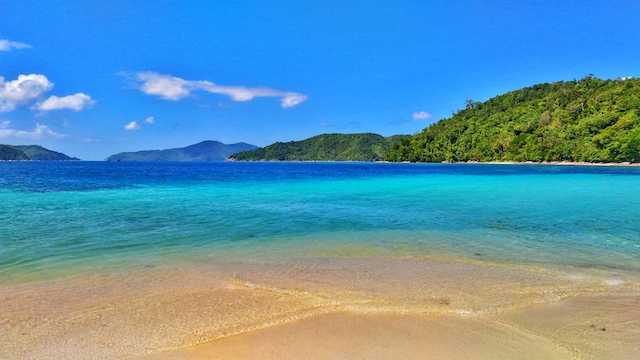 PUERTO PRINCESA CITY, Philippines – White sand beaches, towering limestone cliffs, lush forests, and incredible diving sites are just a few of the images associated with Palawan. This paradise-like island province has lots of breathtaking natural attractions to offer, making it one of the top choices for both domestic and foreign tourists.

But how much does it really contribute to the Philippine economy?

This is what the World Bank-funded Philippine Wealth Accounting for the Valuation of Ecosystems Services (Phil-WAVES) is trying to find out as it assesses the value of recreational services provided by Palawan’s rich environment.

Phil-WAVES aims to promote sustainable development through wealth accounting that focuses on the value of natural capital and on integrating national capital accounting (NCA) in development planning and policy analysis.

Considered as natural capital are natural tourist spots, biodiversity, coastal and marine resources, minerals, timber, and other forest products. In terms of tourism, keeping such capital in healthy condition and knowing its economic value are vital to creating a steady stream of tourism enterprises that provide jobs to locals and, eventually, a spike in the country’s economy.

This could only be achieved through ecosystems accounting that particularly focuses on recreational services, according to World Bank consultant Reynaldo F. Fulleros.

It is a new approach under the NCA that seeks to monitor changes in ecosystem condition and use, providing information that can influence policy-making.

“For this, the Philippines is actually the lead among developing countries,” Fulleros told Rappler.

The Palawan Council for Sustainable Development, through its technical implementing arm PCSD Staff, is taking the initiative, along with concerned government agencies, in developing the province’s recreational services accounting.

Recreational services include opportunities for sight-seeing, hiking, bird watching, snorkeling, and other activities that lure throngs of tourists.

With the assistance of World Bank’s Phil-WAVES project, the environmental body will use the System of Environmental-Economic Accounting-Experimental Ecosystem Accounting (SEEA-EEA) Framework.

SEEA-EEA Framework is an internationally agreed standard adopted in 2012 by the United Nations Statistical Commission. It is a useful tool that will “capture not only the contribution of tourism production activities but also the recreational services of the natural ecosystem.”

Fulleros said Tourism Satellite Accounts was introduced in the Philippines to measure the contribution of the industry to the economy. At present, this is based primarily on visitor expenses.

But nothing has been done so far in relation to natural attractions that are the backbone of the tourism industry.

The SEEA-EEA Framework is experimental in nature. “There are very limited experience in terms of ecosystem recreational services accounting and the, Philippines, through Palawan would be the first to implement using the said framework,” Fulleros said.

He added that there were similar efforts done in European countries, and in Thailand in Asia, but both used a different approach more specifically in the valuation of recreational services.

The UN Convention on Biological Diversity defines the ecosystem as a “dynamic complex of plant, animal and micro-organism communities and their non-living environment interacting as a functional unit.”

Recreational services accounting is one of the planning tools that would help the government in managing its ecosystems that have been impacted by a growing tourism industry, and striking a balance between tourism development and the preservation of limited natural resources, according to Fulleros.

By introducing it, the economist explained that it would also measure the “right amount that we should set aside for the protection of our ecosystem,” and “at the same time, how much is supposed to be the amount of resources that we will set aside to rehabilitate” it.

“Our ecosystem is like an economic entity or unit that supplies people goods and services, and therefore people should set aside a portion of their income, or should pay, in general, the benefits we get from it,” he added.

Considering that Palawan​​ is also touted as the country’s last ecological frontier, it’s really fitting to applying it there.

“We need to protect these assets to make them sustainable,” Fulleros said.

The technical report for Palawan’s recreational services accounting is expected to be out in February 2017. – Rappler.com