How did Duterte break with Robredo? Through text message 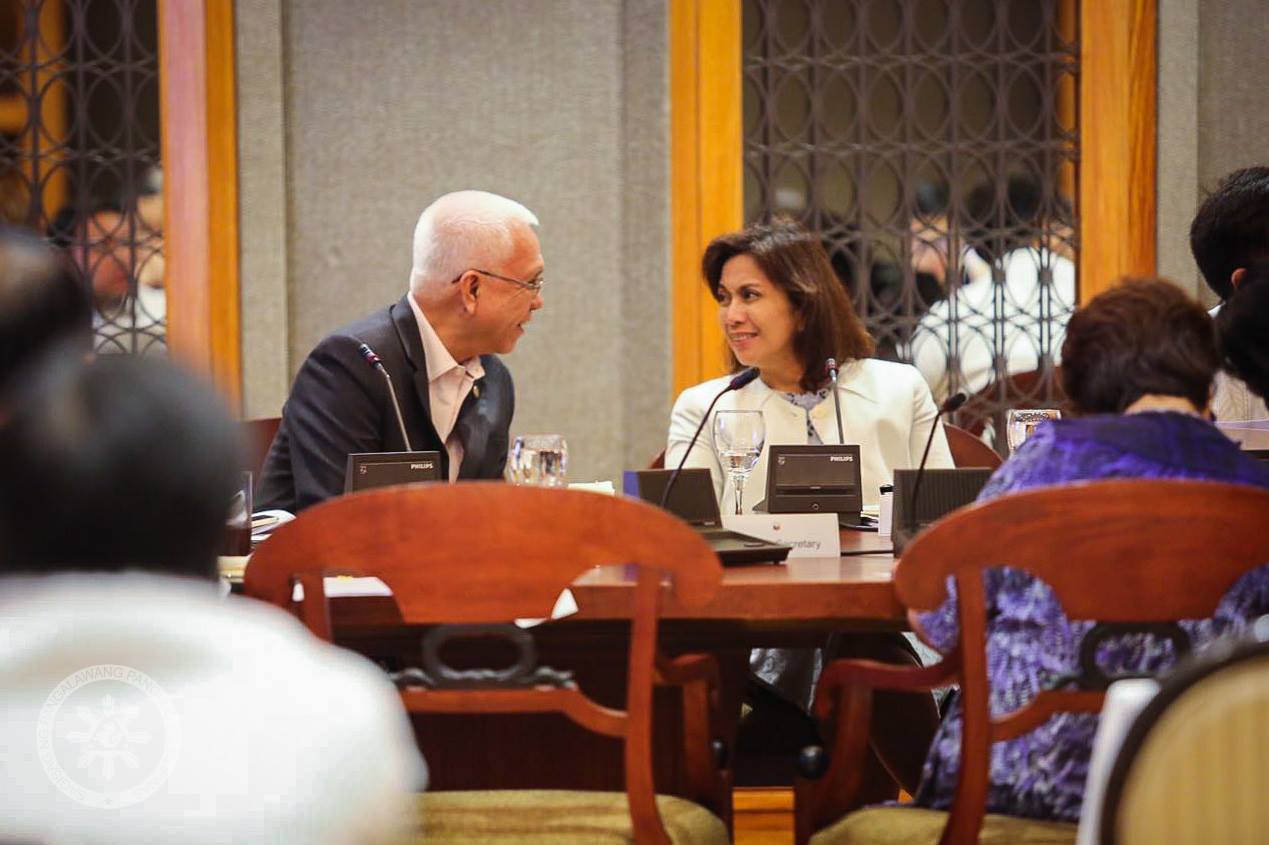 MANILA, Philippines – It began with a very public phone call and ended with a short text message.

Vice President Leni Robredo on Sunday, December 4, announced she was resigning from her post as President Rodrigo Duterte’s housing czar after being told to “desist from attending all Cabinet meetings starting this Monday, December 5.”

The message came a day before – Saturday, December 3 – in the form of a text message from Secretary to the Cabinet Leoncio “Jun” Evasco Jr.

He was relaying orders from “Mayor Rody Duterte” through “Bong Go,” the President’s longtime aide.

A photo of the text message from Evasco to Robredo was provided to Rappler by former Akbayan Representative and Liberal Party 2016 campaign spokesman Barry Gutierrez. 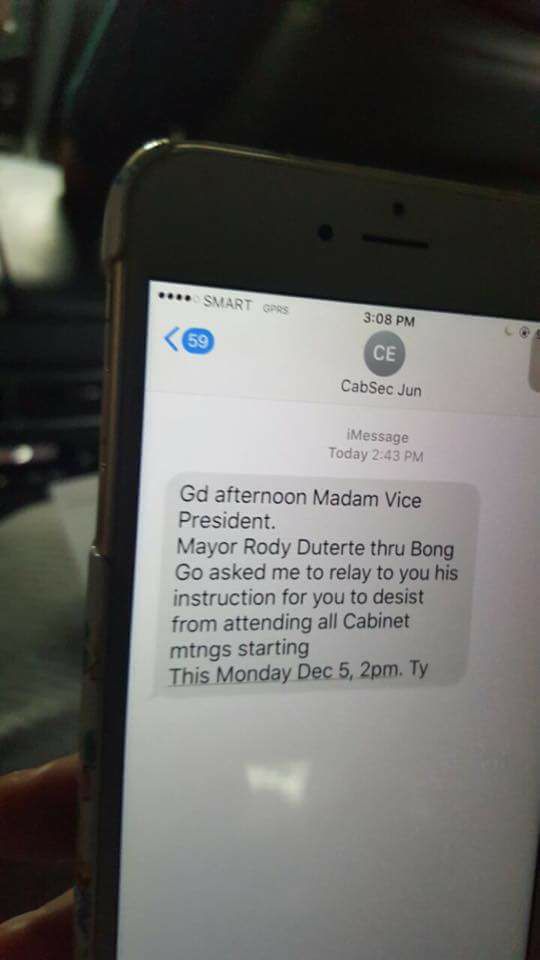 Gd afternoon Madam Vice President.
Mayor Rody Duterte thru Bong Go asked me to relay to you his instruction for you to desist from attending all Cabinet mtngs starting
This Monday Dec 5, 2pm. Ty

Ironically, just a few days earlier on December 1, Robredo and Evasco had met earlier in Malacañang to discuss “updates on typhoon Yolanda rehabilitation efforts at the Cabinet Cluster Meeting,” according to a post on Robredo’s official Facebook page.

In a statement released Sunday afternoon, Robredo said the order from Duterte was “the last straw.”

“This is the last straw, because it makes it impossible for me to perform my duties. Hence, I am tendering my resignation from the Cabinet on Monday, December 5, 2016. With this resignation, you can expect that I will continue to support the positive initiatives of this administration and oppose those that are inimical to the people’s interest,” said Robredo. (READ: Full text of Robredo’s statement)

Robredo also noted of a “plot to steal the Vice Presidency.”

The President and Vice President’s working relationship has long been shaky.

Before they officially assumed their posts, Duterte said he was not keen on giving Robredo a Cabinet post because it might hurt the feelings of his friend, defeated vice presidential candidate Ferdinand Marcos Jr.

But in early July, Duterte seemingly had a change of heart.

During a taping for a media address, Duterte was asked by a reporter from the government-owned PTV-4 if he would appoint Robredo.

He then gave Robredo a cold call, during which he offered her the post of Housing and Urban Development Coordinating Council chair. – Rappler.com