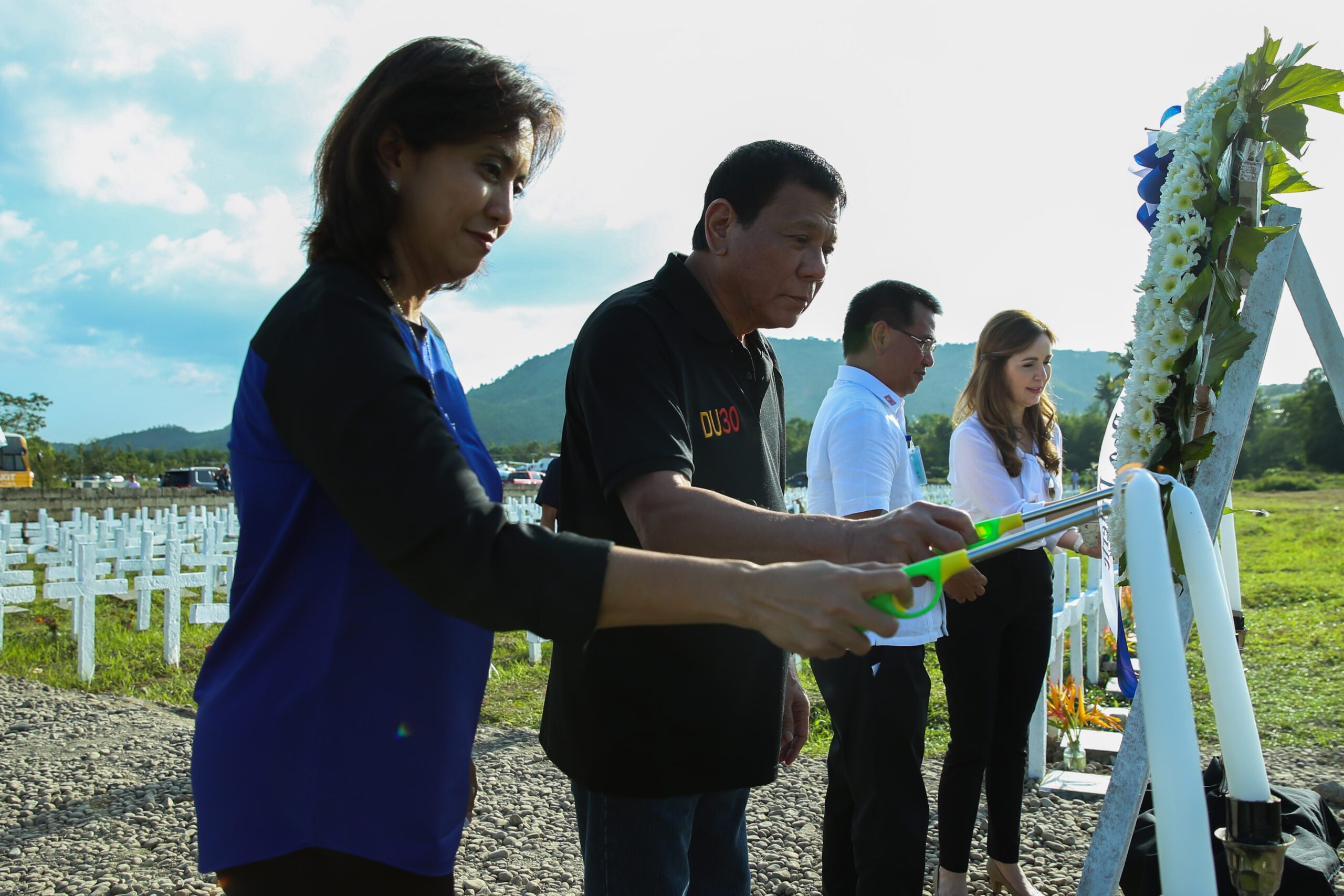 Those differences have been apparent since the President assumed office in June this year.  Robredo, in her December 5 resignation letter, conceded as much. “I have exerted all effort to put aside our differences, maintain a professional working relationship, and work effectively despite the constraints because the Filipino people deserve no less,” she wrote to Duterte. (READ: Full text: Robredo’s resignation letter)

While Robredo has said that she shared with Duterte the same vision for the country, she never hesitated to declare contrary positions on key policies and pronouncements made by Duterte. (READ: SONA 2016: Robredo, Duterte ‘share common direction’)

Two huge issues issues set them apart: the government’s conduct of its war on drugs, and Duterte’s decision allowing the burial of the late dictator Ferdinand Marcos at the Heroes’ Cemetery.

And there’s one person who stands between them, too: defeated vice presidential candidate Ferdinand “Bongbong” Marcos Jr. After winning the presidency in June, Duterte initially said he would not give Robredo any Cabinet position because this could “hurt Bongbong’s feelings.” But he later gave Robredo the housing portfolio. In a trip to China recently, Duterte brought Bongbong Marcos with him and introduced him to Filipinos there as possibly the country’s next vice president. (READ: If Marcos wins protest, ‘maybe we’ll have new VP’)

Below are the key policy differences of Duterte and Robredo:

Since the President launched his war on drugs, more than 5,869 Filipinos have been killed, based on the latest figures from the Philippine National Police (PNP). At least 2,028 were killed in police operations while 3,841 were victims of extrajudicial killings.

As early as July, Robredo urged the public to be vigilant toward the rising number of casualties, reiterating her stand that the rule of law must prevail.

In a speech before the PNP on August 22, she asked the police to “do what is right” in fighting drugs. She said: “It’s not about deciding who dies or who lives. It’s also about making sure that when the fighting dies down, what’s left is a community that trusts more than fears.”

And while the government was keen on building drug rehabilitation centers across the country, Robredo said the money could be put to better use elsewhere, saying only 10% of the 700,000 surrenderers of the anti-narcotics campaign are in need of medical intervention. Majority of the surrenderers must be re-integrated back through a community-based rehabilitation program, she said. (READ: Robredo: Family, church key in nat’l drug rehab program)

During the presidential campaign, Duterte pushed for the amendment of the juvenile justice law by lowering the age of criminal liability from 15 years old to 12 years old.

This found support at the House of Representatives under Speaker Pantaleon Alvarez with the filing of a bill amending the age of criminal responsibility to 9 years old. (READ: Children in conflict with the law: Cracks in Juvenile Justice Act)

Robredo is opposed to this.

Duterte wants to restore capital punishment. In a private meeting with lawmakers in Davao City last July, Duterte asked them to pass the measure, explaining that the revival of the death penalty would help his campaign against illegal drugs.

Alvarez and Senator Manny Pacquiao have filed bills supporting this.

Robredo, a former human rights lawyer, has been firm in her position against the death penalty, emphasizing the United Nations’ declaration that every person has the rigth to life. Various studies, she said, have also debunked the correlation between death penalty and lower crime rates.

4. Moratorium on land use

But Robredo joined other government units such as the National Economic and Development Authority, Department of Finance, and the Department of Budget and Management (DBM) in blocking this move. The then housing chief argued that a moratorium would “further delay the housing and resettlement processes” since most of the lands available are agriculture.

Although the President has no specific national policy on women’s rights, he has been widely criticized for how he’s been treating women publicly. During the election period, he drew flak for joking about the rape of an Australian missionary. (READ: Duterte needs training on gender, anger management – Robredo)

Robredo has also been at the receiving end of his sexist remarks. The President has called her beautiful on various public events, and she let them pass. But the Vice President drew the line when Duterte teased her about wearing a short skirt during his speech commemorating the anniversary of Super Typhoon Yolanda.

The President has committed to an independent foreign policy, slamming US President Barack Obama, UN Secretary-General Ban Ki-moon, and the European Union (EU). He has repeatedly said that the country can survive without foreign aid.

A long-time non-governmental organization (NGO) worker, Robredo said that it is best to maintain the Philippines’ good foreign relations because the country benefits from these bodies’ assistance on anti-poverty programs.

Robredo also transformed the Office of the Vice President into a more advocacy-based agency, linking poor local government units (LGUs) to aid groups. They are currently in partnership with the UN, EU and the Asian Development Bank.

This is perhaps the most divisive issue confronting the Duterte administration, and Robredo is the highest ranking leader to oppose him over it. Duterte allowed the burial of Marcos at the Libingan ng mga Bayani, triggering protests from various groups that went to the Supreme Court to question the decision. The SC voted in favor of Duterte in a November 8 verdict. Marcos was buried in a secret ceremony on November 18.

Robredo, who defeated the late President’s son and namesake, former senator Ferdinand Marcos Jr, in the last vice presidential race, denounced the ruling, arguing that it was not “consistent with morality.” She described the secret burial as a move by a  “thief in the night.”

Secretary to the Cabinet Leoncio “Jun” Evasco Jr explained that Robredo’s stance on the issue had nothing to do with the President’s decision barring her from Cabinet meetings. But Robredo considered the move as part of efforts to steal the vice presidency from her.

Marcos has a pending electoral protest against her before the SC, which acts as the Presidential Electoral Tribunal. The Marcos scion is accusing Robredo’s camp of electoral fraud. – Rappler.com