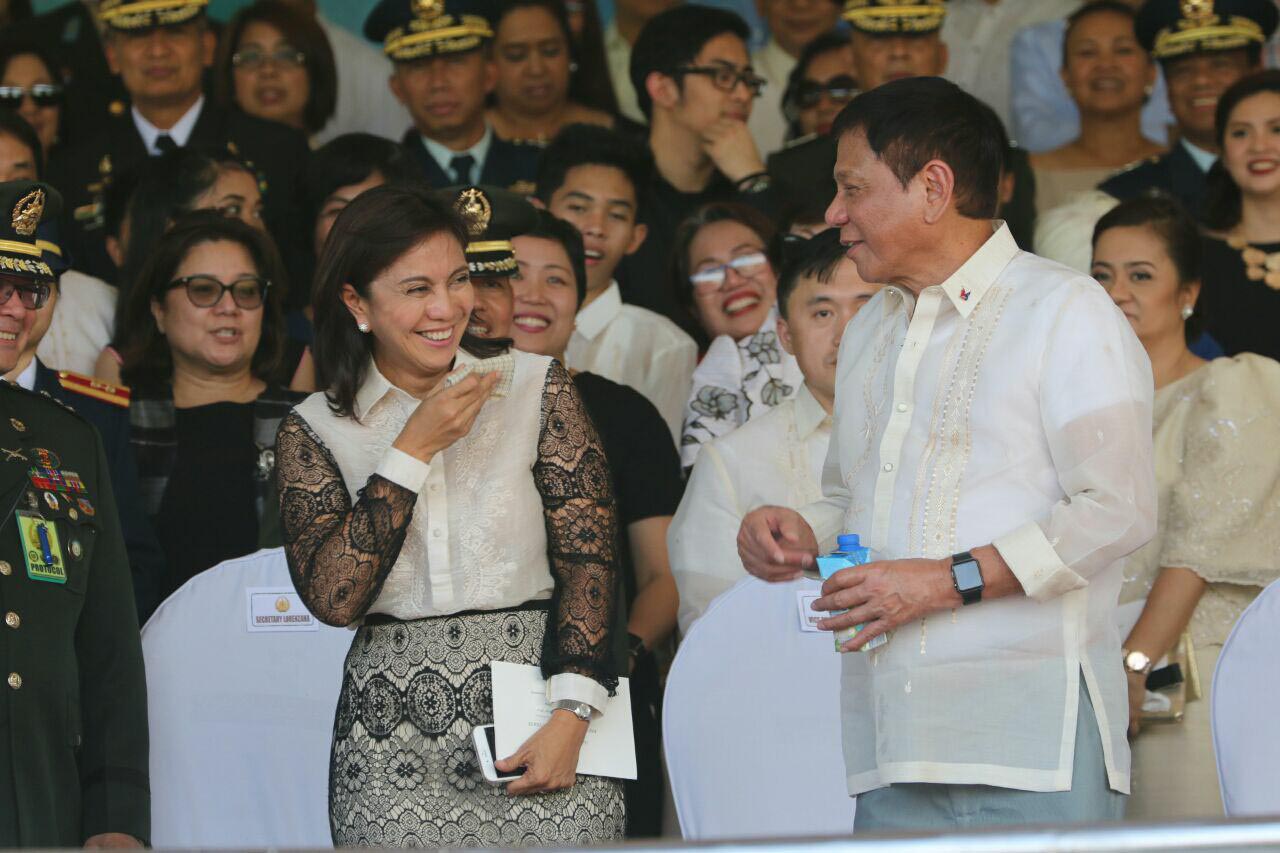 Robredo said her resignation as chairperson of the Housing and Urban Development Coordinating Council (HUDCC) is “effective immediately.”

“Remaining in your Cabinet has become untenable,” Robredo said in a 5-paragraph resignation letter.

She explained that Duterte’s directive for her to “desist from attending all Cabinet meetings” has “effectively made it impossible” for her to perform her job.

In her resignation letter, Robredo told Duterte that she accepted her appointment as HUDCC chairperson “given our shared commitment to the poor and marginalized.”

“I have exerted all effort to put aside our differences, maintain a professional working relationship, and work effectively despite the constraints because the Filipino people deserve no less,” the Vice President said.

Her letter was received by the Office of the Executive Secretary at 9:07 am on Monday. (READ: Palace: Duterte, Robredo have ‘irreconcilable differences’)

Robredo announced on Sunday, December 4, that she was resigning from the Cabinet after the President ordered her to stop attending Cabinet meetings. “This is the last straw,” she said.

The order was given through a text message sent by Cabinet Secretary Leoncio Evasco Jr, who in turn was relaying instructions given by Duterte through Special Assistant to the President Bong Go. (READ: How did Duterte break with Robredo? Through text message)

Before this, Robredo said she encountered “obstacles” in her role as HUDCC chairperson, caused by an apparent lack of support from the executive branch. (READ: Full text of Robredo’s statement) – Rappler.com