Dec 5, 2016 1:43 PM PHT
Tony La Viña
Facebook Twitter Copy URL
Copied
It's an exciting time for the country. Hopefully, we will now have a robust opposition to the Duterte government when it does bad things like killing the poor or protecting corrupt police officials implicated in illegal drugs. Even the most insensitive people know that it is not right and cool to break up with someone through SMS, personal messages, or email. For long distance relationships, a love letter might suffice, but the best practice always is to do it up close and personal. It will be painful, uncomfortable, some tears might even be shed, but that’s the best way to move on: I love you; sorry; goodbye; we will still be friends.

Alas, the way the Duterte-Robredo separation came about was far from best practice. In the same way as she was appointed, it came as a surprise, and through text of a message President Duterte passed on to Presidential Assistant Bong Go who then passed it on to Cabinet Secretary Jun Evasco who had the misfortune of being the one to actually send what will now be notoriously known as the breakup text of 2016. In fairness, Evasco has said that he tried to call first but there was no answer.

But other than the ungracious way this was done, this latest development is very good for Vice President Leni Robredo and the country.

For Robredo, it was no longer tenable for her to stay in the Cabinet with her strong disagreement on many important issues with the President. Ordinarily, I would have expected a Cabinet member, who is an alter ego of the President, to actually keep his or her opinions to herself when opposed to the President’s, but Leni was not an ordinary Cabinet member. As Vice President, she has her own political mandate and constituency. (READ: Where Duterte and Robredo part ways)

As to whether she has been fired or she is resigning as Speaker Alvarez claims, does not matter. On the side of the Duterte administration, this could be part of a set of consolidation moves. This explains why Chairperson Patricia Licuanan of the Commission on Higher Education has also been asked not to attend Cabinet meetings. In her case, she does not have to as the work of CHED does not require as much coordination as  that of the housing portfolio. Licuanan should stay put, not resign, and finish her term in office as a mater of principle.

As for the Vice President, she is now liberated to lead the opposition against the Duterte government. Until a month or so ago, my preference would have been for the Vice President to stay in the Cabinet so that she can prepare for her constitutional role as successor if circumstances conspire for her to become president. I was hoping that other people could rise up to lead the opposition. That unfortunately has not happened.

The courageous Senator De Lima can play an important role but it is limited by her own admissions regarding her personal life. For the record, I do not believe Kerwin Espinosa’s and Ronnie Dayan’s false testimonies against her. The testimonies in the Senate showed very clearly that there is no case for illegal drugs against Senator De Lima. But while I certainly do not judge her for the romantic choices she has made, her credibility has been diminished by her admission of a relationship with her employee. I will not say, absent other facts, that she has committed a crime in carrying on that relationship, but continuing that relationship while she was a public official and Dayan remained in her employ certainly was inappropriate. In fact, perhaps Senator De Lima should have refrained from being the face of President Aquino’s war against corruption as the credibility of that effort has now been diminished by her own admissions.

With Robredo breaking from Duterte, I hope the Liberals in the Senate and the House all now move to the opposition. In the Senate, it is not necessarily a Duterte coalition that Senate President Koko Pimentel leads but in fact a tripartite coalition of Duterte allies, independents, and Liberals. However, I expect the Liberal senators to be more assertive. But in the House, it is clear what LP members must do. For the country, they should give up their committee and leadership posts.

The Liberals and their allies must stand ready to oppose Duterte in all legal and non-violent ways possible. I dare say that President Aquino must now come out of retirement and speak his mind about affairs of the state. Fidel V. Ramos, Joseph Estrada, and Gloria Arroyo are anyway speaking up already.

It’s an exciting time for the country. Hopefully, we will now have a robust opposition to the Duterte government when it does bad things like killing the poor or protecting corrupt police officials implicated in illegal drugs. 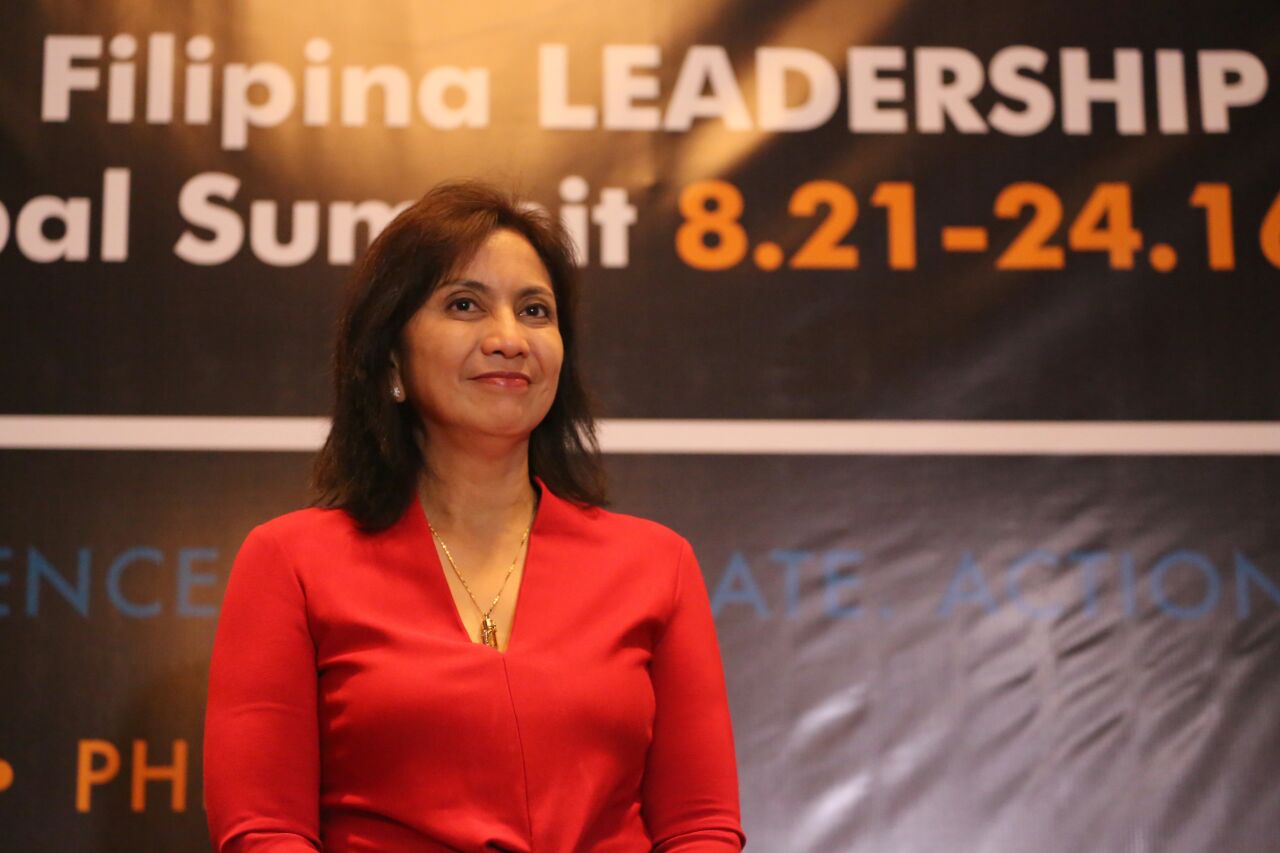 As for the Supreme Court case, I would tread very carefully if I were in the Robredo camp. I would monitor closely what is actually happening and not react to rumors. From what I can gather so far, and based on precedent, the Marcos petition is years away from resolution, at least a year or two. The key thing to watch here are the appointments Duterte will make to the Court and whether they will shift the balance of votes in the Court. Of course, vigilance is good in cases like this.

Two weeks ago, when the Marcoses, with the connivance of government officials, surreptitiously and dishonorably buried their patriarch in the Libingan ng Bayani, I was ready to give up on this country. But then the millennials came out in full force to protest the burial of the dictator and plunderer.

The award-winning documentary film maker Ditsi Carolino filmed this remarkable coming out of the young, ending with a haunting version of Bayan Ko. That made me cry, remembering the hundreds of times I sang this in the last 40 years and the tens of thousands of times Filipinos in this and the last century who have sung this protest song.

This is only the beginning of a democracy and human rights movement and we must learn the lessons from the past. Among the many, above all, it is important to have a united front. Let’s pay attention to what could distract and divide us – for example, transforming this movement to become mainly anti-Duterte or worse to collaborate with military or other regime change adventurists.

Already rumors of plots and subplots abound, including of a sick president who has no control of the police and military. As I have said before, an extra-legal ouster of a popularly elected president will only make matters worse as we have seen at EDSA 2, which ushered in 10 years of bad governance.  A military takeover will mean giving up many freedoms for an uncertain period of time as we are now seeing in Thailand. So let’s not go there.

Many of us from the older generations come to this movement with our ideological biases, anti-communist or other prejudices for example, or pro- or anti Aquino sentiments. Most millennials I know, and I teach hundreds of them all over the country and in many schools, do not share these. Let’s not pass our prejudices to them for the sake of unity.

We must increase our ranks so that democracy and human rights will be successfully defended. There will be tough times ahead, maybe even martial law. We must stand together when that happens.

The rising up of the millennials and the liberation of Leni Robredo is not coincidental. It’s a gift for Christmas. It gives us hope. – Rappler.com

The author is former dean of the Ateneo School of Government