Duterte: No need to explain order to retain Marcos

Dec 5, 2016 8:28 PM PHT
Pia Ranada
Facebook Twitter Copy URL
Copied
Did the President himself order Rolando Espinosa Sr killed? He says he doesn't need to explain his decisions to anyone. 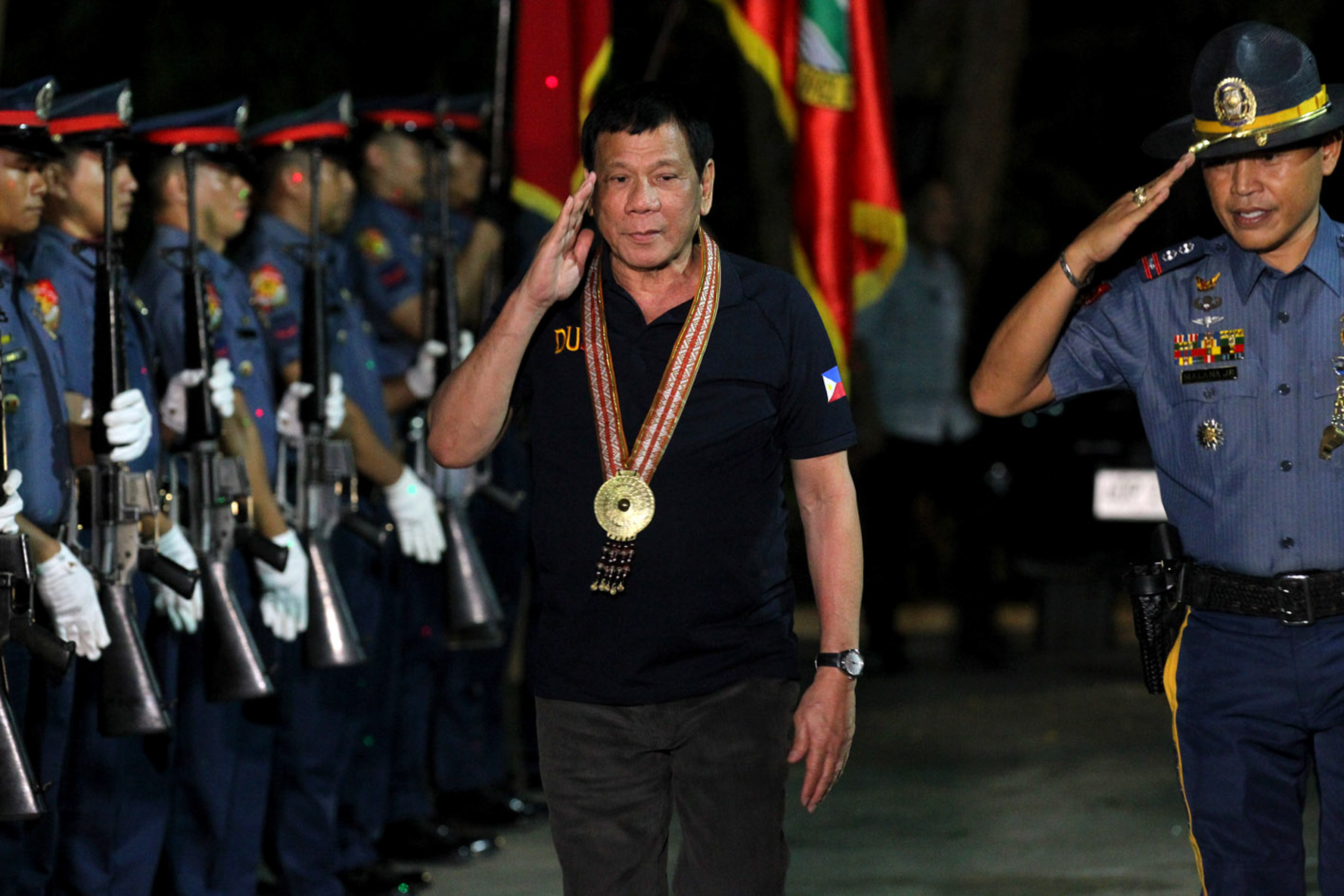 MANILA, Philippines – For President Rodrigo Duterte, he doesn’t need to explain to Filipinos why he ordered Police Superintendent Marvin Marcos, accused of coddling drug lords, kept in his position.

Marcos led the jail raid in which Albuera Mayor Rolando Espinosa Sr was killed in a shootout.

“Some say extrajudicial killing, that he was really killed. Look, there are many criticisms against me. I accept it…But do not force me to believe the theories, assumptions, even witnesses that the mayor was really killed inside the jail,” said Duterte in a mix of English and Filipino during a speech on Monday, December 5.

“They are questioning my motive. They are now assuming maybe I knew about the operation. Whatever the reason be, that’s my discretion,” he said.

He made these remarks as he led the lighting of the Malacañang Christmas tree in front of Cabinet members and Malacañang staff.

“As head of government and chief executive, the police is under me so the PNP chief is under my supervision and control. I do not have to explain to you why I made the order for him to sit down,” said Duterte.

Previously, he said he did not regret complying with Duterte but that he may have decided differently if he knew beforehand that Marcos would lead a raid that led to Espinosa’s killing.

Duterte apparently heard critics accuse him of not following protocol when it comes to police operations. The President had something to say about this criticism.

“Sabi ko, ‘ilagay mo siya diyan‘ (I said, ‘keep him there’). My purpose? Huwag ka na magtanong (Don’t ask). Protocol? You are all government employees. There is no such thing as protocol when there is absolute control and supervision. I can amend or revoke in this executive department,” he said.

Duterte also said he did not technically order Marcos’ reinstatement but only asked Dela Rosa to put on hold his order to relieve Marcos from his post.

“It was not reinstatement. It was hold order,” said Duterte.

Last December 2, Duterte admitted he had ordered Dela Rosa to ensure Marcos remains in his position because he was building up a case against the police superintendent.

But after Espinosa was shot dead in prison, Duterte declared he believed in the police’ version of events. Senators probing the inicdent said all indications show that Espinosa was killed in a rubout, a claim denied by Marcos. – Rappler.com