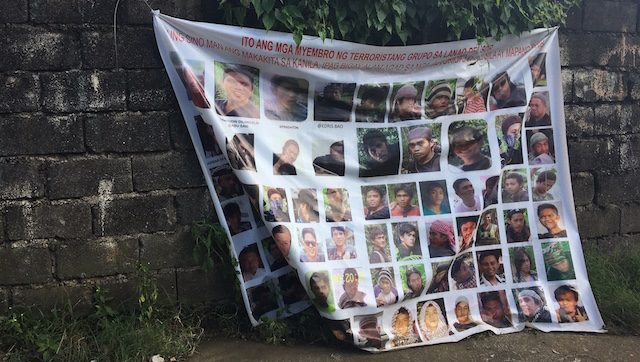 MANILA, Philippines (2nd UPDATE) – The Maute compound in Marawi City was raided Tuesday morning, December 6, as troops continued pursuit operations against the leaders of the local terrorist group that has pledged allegiance to the Islamic State (ISIS).

One Special Action Force (SAF) trooper was wounded in the joint operation of the police and military.

By 2:15 in the morning, government forces “dominated the area of operation and immobilized all persons inside the target houses without any resistance,” according to a report from the Philippine National Police (PNP) Special Action Force (SAF), which provided tactical support for the operation.

One SAF trooper, PO2 Rolando Redondo of the 103rd Special Action Company, was injured when an improved explosive device set off at target 4 of the area. He was brought to an Army ambulance right away.

The Maute brothers – Omar and Abdullah – grew up in Marawi City. The town of Butig in Lanao del Sur, where they camped out and recruited locals to their organization, is the hometown of their mother. It is less than 2 hours away by land from the city.

Clashes first erupted between the military and the Maute group in February this year, prompting the local government to abandon the municipal hall and hold office at the neary building of the National Irrigation Authority. (READ: On the day of Duterte visit, AFP retakes Butig town hall from Maute)

The military launched a massive offensive against the group in late November, that killed 49 alleged Maute group members and wounded 21 soldiers.