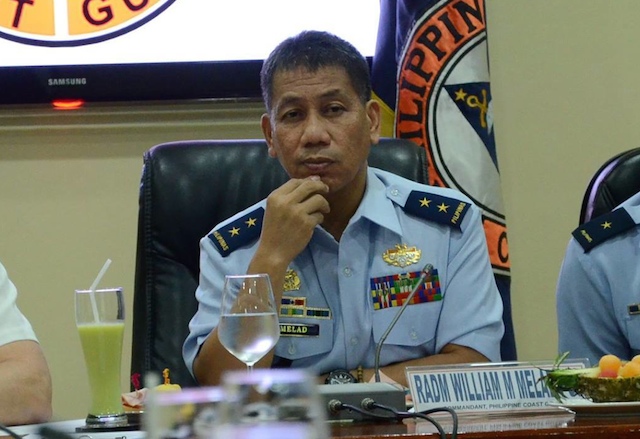 MANILA, Philippines – Ombudsman Conchita Carpio Morales has ordered the preventive suspension of 25 officers of the Philippine Coast Guard led by its current and former commandants pending their investigation for alleged irregularities in the purchase of office supplies and equipment totaling P67.5 million.

Among those ordered suspended for 6 months are PCG chief Rear Admiral William Melad and his predecessor, Admiral Rodolfo Isorena, the Office of the Ombudsman said in a press statement on Tuesday, December 6.

The others are the following:

“The respondents’ respective positions allow them to wield influence on possible witnesses and to access public records, [and] their continued stay in office may not only prejudice the cases against them but also allow them to commit further acts of malfeasance,” Morales said.

The officers are facing charges for grave misconduct, serious dishonest and conduct prejudicial to the best interest of the service for alleged irregularities in cash advances totaling P67,533,289.73.

The amount was used to purchase office supplies and information technology equipment without complying with procurement regulations, the Ombudsman said.

The purchases were allegedly supported  by “spurious liquidation documents…indicating respondents’ fraud and misrepresentation,” the Office of the Ombudsman said in a press statment.

“The Ombudsman also took note of the 15 April 2015 Audit Observation Memorandum issued by the Commission on Audit,” the statement added.

Isorena retired in October 2015. Melad was appointed PCG chief in an acting capacity and was formally sworn into office in January this year.  – Rappler.com