Dec 6, 2016 7:34 PM PHT
Paterno Esmaquel II
Facebook Twitter Copy URL
Copied
'What a tragedy if this would be passed in this holy season of Christ's birth,' Archbishop Socrates Villegas says, referring to the death penalty bill 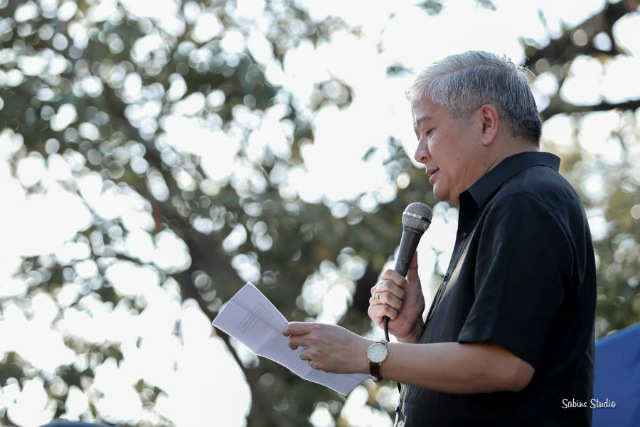 MANILA, Philippines – Lingayen-Dagupan Archbishop Socrates Villegas called for a prayer rally against the death penalty in his archdiocese on December 12, as lawmakers aim to pass a death penalty bill on 3rd and final reading before Christmas.

The Prayer Rally for Life is scheduled on December 12 at the Parish of Saint Dominic in San Carlos City, Pangasinan.

Villegas said there will be a Mass at 3 pm on that day, to be followed by an anti-death penalty march. Afterwards, they will also “hold a candle-lighting memorial prayer for all the victims of violence.”

Villegas said in a circular: “In resisting the threat of the restoration of the death penalty, we cannot be disunited or indifferent. On this pro-life issue, let us truly unite. Come out and make a stand!”

Referring to the death penalty bill, Villegas said, “What a tragedy if this would be passed in this holy season of Christ’s birth.”

“The death penalty is contrary to our Catholic moral life,” he explained.

In urging his flock to oppose this bill, the archbishop added that “Pope Francis blesses us” in mounting a prayer rally.

This is because the Pope himself “has called for a worldwide abolition of the death penalty, declaring that the commandment ‘Thou shall not kill’ is valid for the guilty as for the innocent.”

‘This is a conscience call’

Villegas, who is also president of the Catholic Bishops’ Conference of the Philippines (CBCP), made this appeal as the House of Representatives aims to pass House Bill (HB) Number 1 on 3rd and final reading before Christmas.

Aside from calling for a prayer rally, Villegas ordered the ringing of parish church bells for 15 minutes at 6 pm for 3 evenings – December 10, 11, and 12.

“This is a conscience call to stand up for life,” said Villegas, who earlier spoke at another prayer rally against a hero’s burial for dictator Ferdinand Marcos.

As early as 2014, the CBCP rejected moves to restore the death penalty, denouncing it as self-contradictory.

Villegas said as CBCP president: “There is something terribly self-contradictory about the death penalty, for it is inflicted precisely in social retaliation to the violence unlawfully wielded by offenders.”

“But in carrying out the death penalty,” he continued, “the state assumes the very posture of violence that it condemns!” (READ: A lethal mix? Death penalty and a ‘flawed, corrupt’ justice system) – Rappler.com