After Robredo resignation, Duterte suspects LP plot to oust him 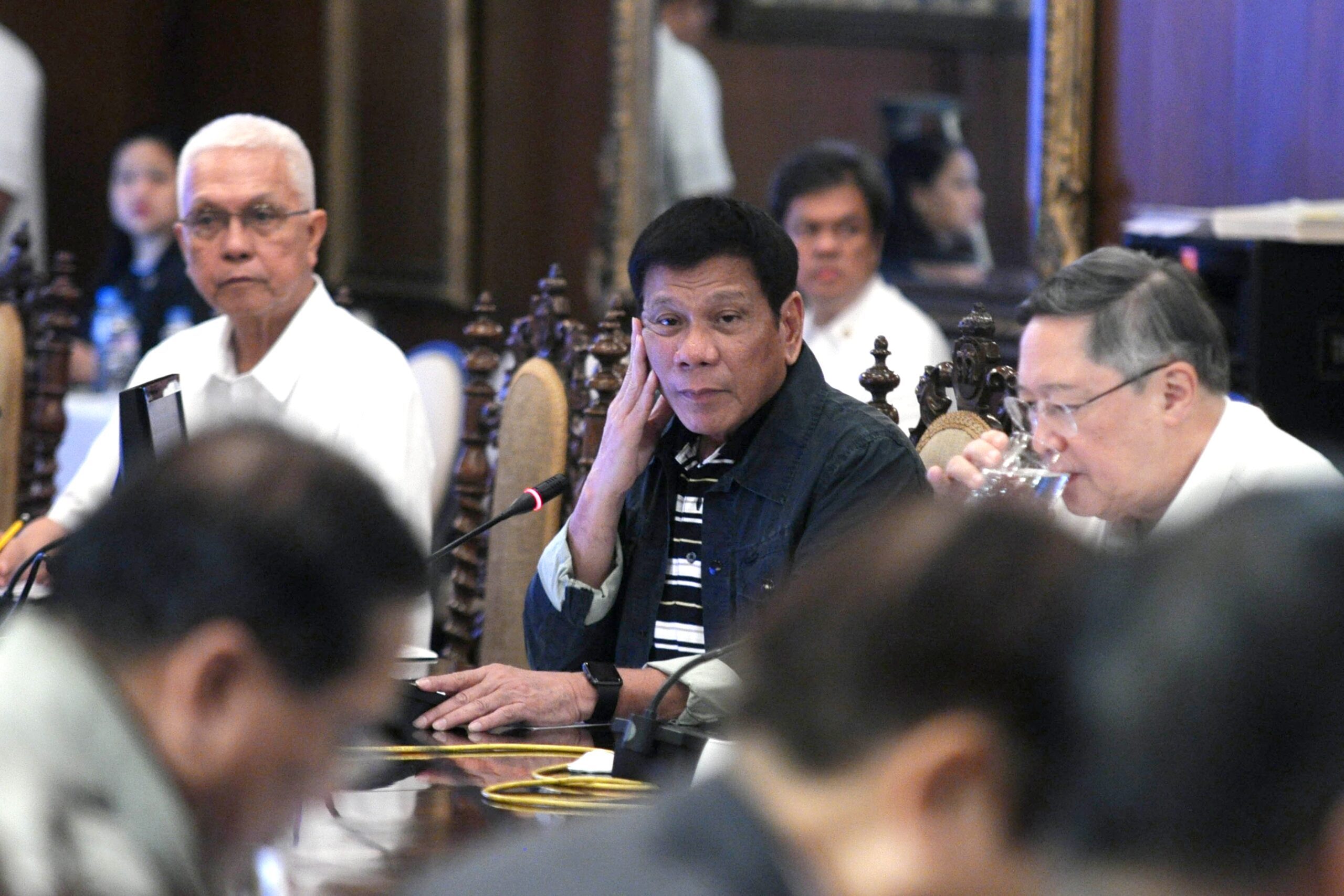 “Yung mga Yellow diyan, nagdedemonstrate kayo (You Yellow, you are demonstrating)…You want me out because you cannot accept defeat,” said Duterte on Wednesday night, December 7, during the United Nations Convention Against Corruption event at the Palace.

“Pulitika ito eh (This is politics). They wanted me out, syempre yung (of course the) Vice President – kayo, you had your chance,” added Duterte, mentioning Vice President Leni Robredo, the Liberal Party member with the highest position in government.

Days ago, Duterte had told Robredo, through a text from Cabinet Secretary Leoncio Evasco Jr, that she should stop attending Cabinet meetings starting December 5. The move convinced Robredo to resign from her post as housing czar.

The Palace said Duterte’s decision to bar Robredo from Cabinet meetings was due to their “irreconcilable differences.”

In the midst of his rant about the Liberal Party, Duterte contrasted the political party with Leftists who he claims support him.

(But when you say Left, they would never even allow me to step down two steps to the ground. The communists, the NPA, they are all for Duterte.)

The Duterte administration is also pursuing peace talks with the Communist Party of the Philippines in Oslo, Norway. – Rappler.com