Dec 8, 2016 9:05 PM PHT
Khristine Montengro
Facebook Twitter Copy URL
Copied
Motorists can apply for access stickers so they can pass through the Veterans Memorial Medical Center as a shortcut 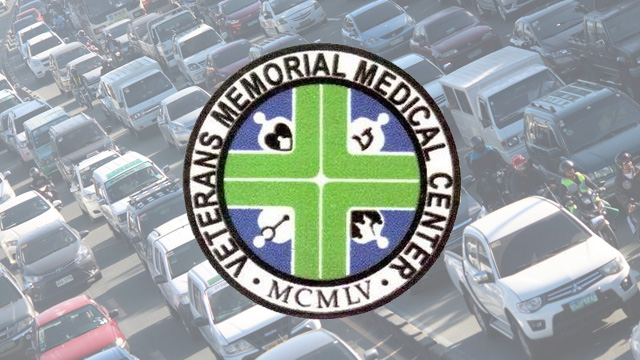 MANILA, Philippines – To reduce traffic congestion, private motorists can now apply for stickers to enter the Veterans Memorial Medical Center along North Avenue in Quezon City on their way to their destinations.

The MMDA and other government agencies under the Inter-Agency Council on Traffic (i-ACT) have been looking for private or enclosed areas near or along EDSA to be made accessible to motorists as a temporary solution to the worsening traffic problem in Metro Manila.

In November, the i-ACT had announced the accessibility of Camp Aguinaldo in Quezon City and the Bonifacio Naval Station in Taguig City. Just like both military camps, the VMMC will also require private motorists to apply for access stickers before allowing them to pass through.

To apply for stickers, private motorists are required to submit the following:

Only private vehicles with access stickers will be allowed to enter the VMMC main gate along North Avenue from 6 am to 9 am, and 4 pm to 7 pm on Mondays to Fridays.

The exit will be at Gate 2 of the hospital, which leads to Mindanao Avenue. – Rappler.com