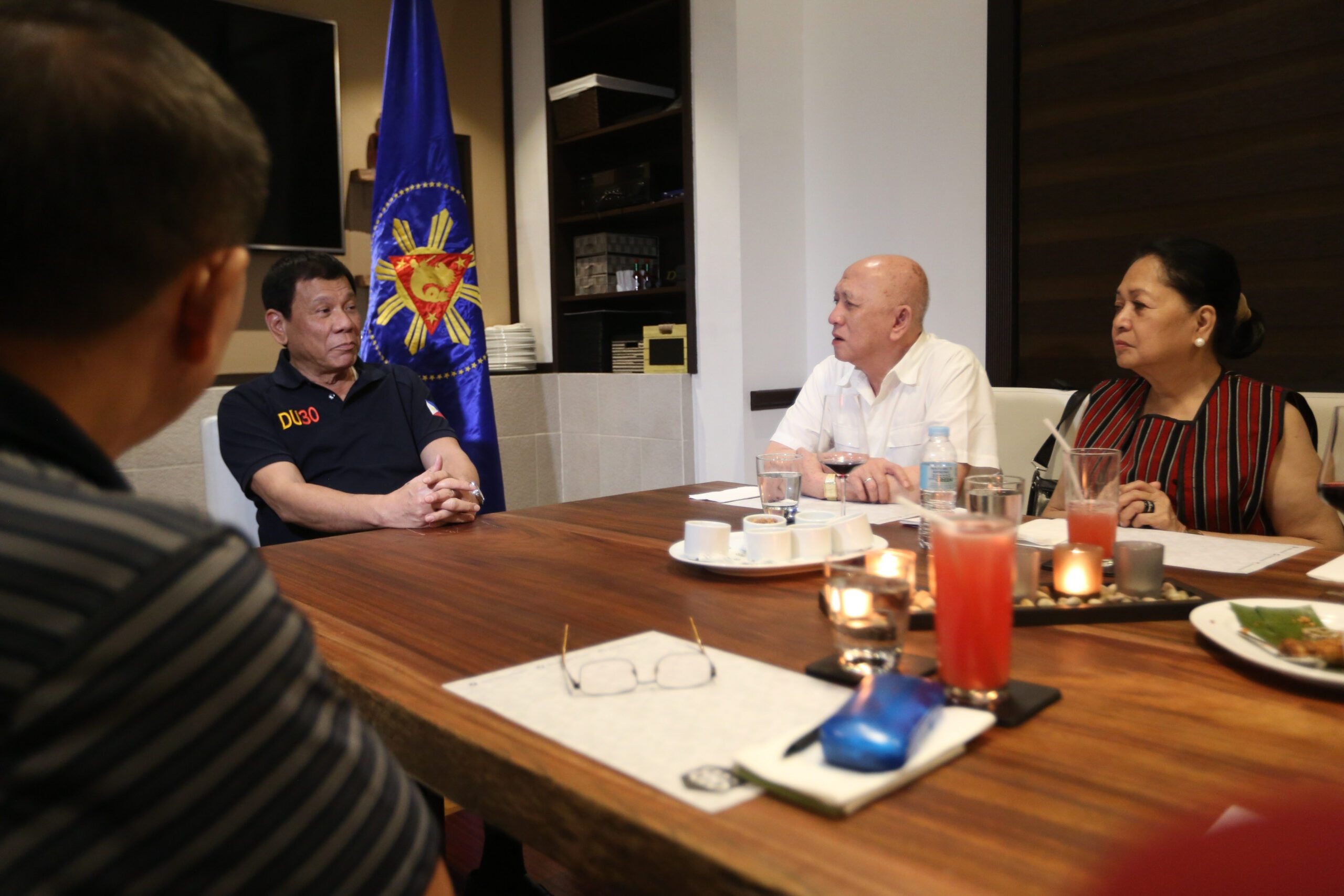 Facebook Twitter Copy URL
Copied
'I have conceded to the communists too much, too soon. As yet, I have yet to see a substantive progress in the talks,' says President Rodrigo Duterte

MANILA, Philippines – President Rodrigo Duterte refuses to give in to demands of the National Democratic Front (NDF) to release around 130 political detainees, saying the government would lose its leverage in the peace negotiations if this happened.

“They’re asking for 130 detainess to be released, all NPAs. Sorry, I cannot do that. I cannot do it kasi ubusin nila ang baraha ko (because they are finishing up my cards),” Duterte said in an ambush interview in Daraga, Albay, on Thursday, December 8, when asked about the repeated demand of the NDF.

“Sabihin ko sa inyo, ang alas ko ‘yung nasa kulungan (Let me tell you, those people in prison are my ace),” added the President, who was in Daraga for the groundbreaking of the Bicol International Airport.

He said complying with the wishes of the NDF, the political unit of the Communist Party of the Philippines (CPP), would give the government little room to maneuver in the peace negotiations.

Duterte repeated that he would only release the detainees if both parties ink a bilateral ceasefire deal that would last for an “indefinite period until such time that we can solve our differences.”

“We’re playing a poker game here, maubos baraha ko (I’ll lose all my cards). I-release ko lahat ‘yan, ano pa pag-usapan natin (If I release all of them, what would be left to talk about)?” said Duterte.

The President reiterated that the government has already conceded too much to the other party.

“I have conceded to the communists too much, too soon. As yet, I have yet to see a substantive progress in the talks,” he said.

The government panel aims to to have a bilateral ceasefire deal signed by December 10 after the two sides failed to meet the October 27 deadline.

Meanwhile, the  has given the Duterte administration until January next year to fulfill its promise to release all 432 political prisoners or risk rebel attacks.

The Duterte administration hopes to broker peace with the NDF which would put an end to Asia’s longest running insurgency. – Rappler.com