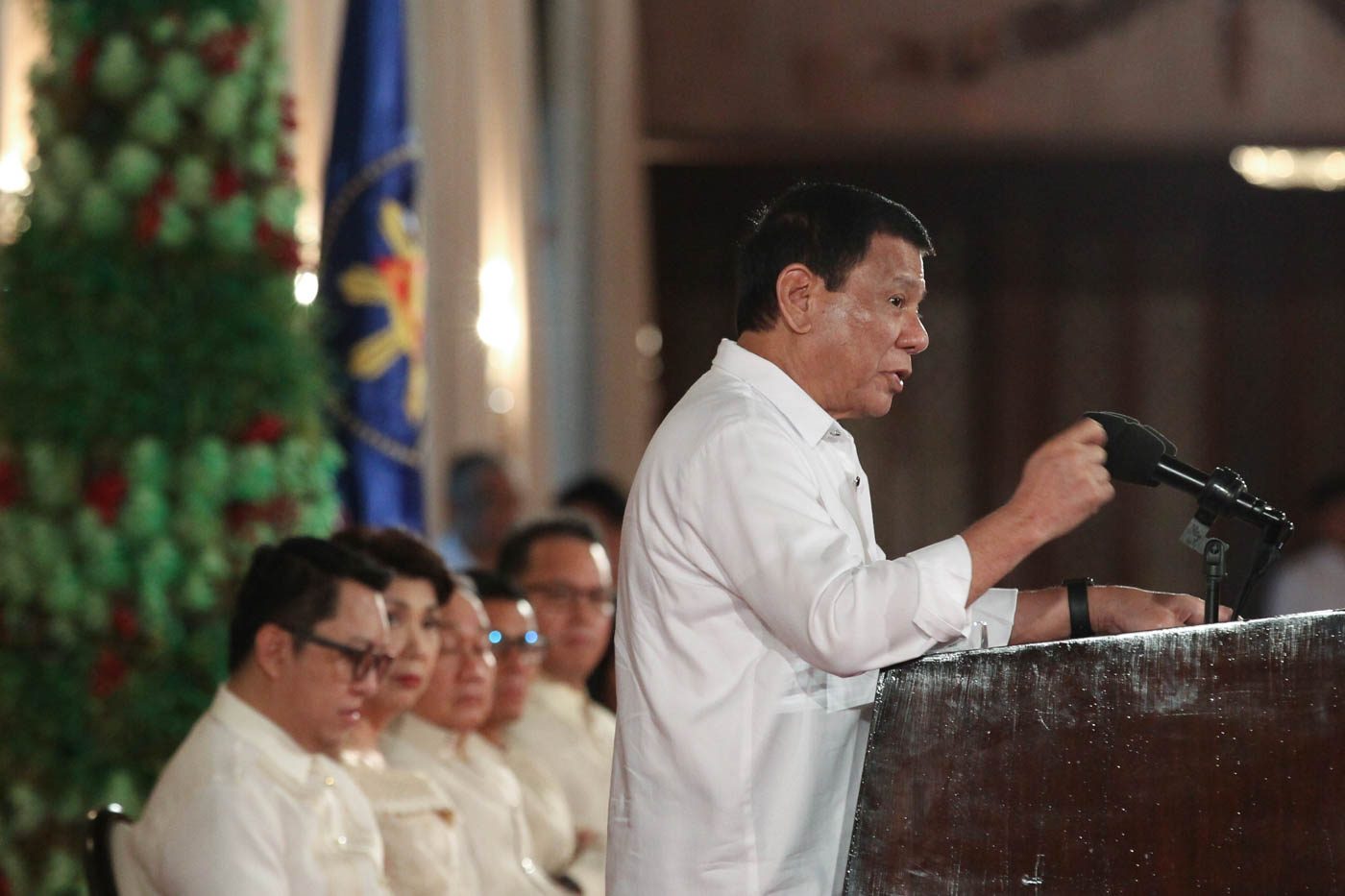 Facebook Twitter Copy URL
Copied
'If I allow your practices to continue, nothing will come out of my promise about graft and corruption,' says the President

In another part of his speech, Duterte said he had “told them to resign.”

The President reiterated to TOFIL awardees and attendees his promise to stop corruption in government.

“If I allow your practices to continue, nothing will come out of my promise about graft and corruption. Pati ako idadamay mo ako sa kalokohan mo diyan (You will even involve me in your nonsense),” said Duterte.

The President previously identified the LTFRB and LTO as among the most corruption-ridden agencies in government.

He also repeated his requirement to all government departments that they process permits and other documents being requested by the private sector in no more than a month.

“My orders now, one month for every department and the local governments, for business permit, electrical connections, even the fireman, I call your attention,” said Duterte in a mix of English and Filipino. – Rappler.com