Duterte: The communists will die for me 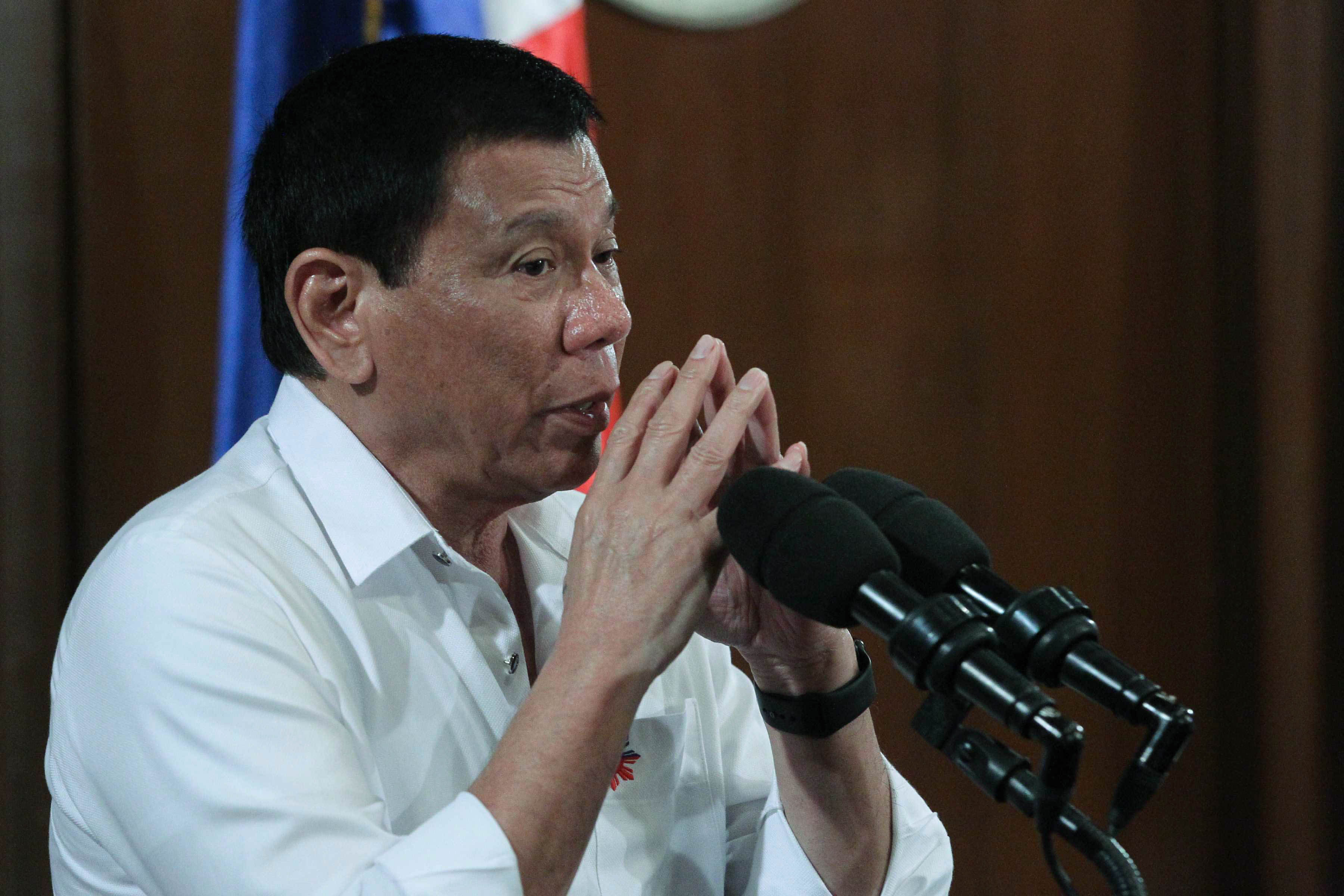 MANILA, Philippines – Though Leftist groups have joined protest rallies on extrajudicial killings and the hero’s burial for dictator Ferdinand Marcos, President Rodrigo Duterte expressed confidence that they would “die” for him if he’s faced with an ouster threat.

“The Reds would never demand my ouster. They will die for me, believe me,” Duterte said at a Peter Wallace Business Forum in Malacañang on Monday, December 12.

Duterte believes that among the protesters, only those from the Liberal Party – associated with the color yellow – really want him out of power, an allegation that the former ruling party has repeatedly denied.

“Let me tell you frankly, in every demonstration, it’s the Yellow who’s shouting for my ouster. But you will never hear it from the communists because I am the president belonging to the Left actually,” said Duterte, who has long claimed to be the first “Socialist president.”

This association with the Left, said Duterte, is why he was able to convince them to resume peace talks with the government.

He said the Left would only oppose the Marcos burial at the Libingan ng mga Bayani, which he had allowed. (READ: Luneta protesters to Duterte: End alliance with Marcos family)

“They will never go for the ouster. Look at their posters. They would just condemn the burial of Marcos. But that was really their line, their favorite lines actually because Marcos was their enemy,” said Duterte.

He even  suggested that he is the “idol” of the New People’s Army (NPA), the armed wing of the Communist Party of the Philippines (CPP).

“And you can go to the mountains and ask the regular armed NPA. And ask them, ‘Who is your idol?’ So, let me disabuse your mind about this,” said Duterte.

His statement about Leftists comes as he pressures the military and communist rebels to ink a joint ceasefire deal.

The President has promised to release more political detainees if both sides finalize the agreement, saying he had conceded too much, too soon to the other side.

The Duterte administration helped facilitate release of top communist leaders as part of confidence-building for the ongoing peace talks, among them, Benito and Wilma Tiamzon.

The military and NPA are upholding unilateral ceasefire declarations.

In his speech, the President also mentioned Leftists in his Cabinet, led by Cabinet Secretary Leoncio Evasco Jr, an NPA member before becoming Duterte’s chief of staff in Davao City, and eventually his campaign manager in the 2016 elections.

As part of his alliance with the Left, Duterte approved the latter’s recommendations in the Cabinet, namely Social Welfare Secretary Judy Taguiwalo, and Agrarian Reform Secretary Rafael Mariano. – Rappler.com