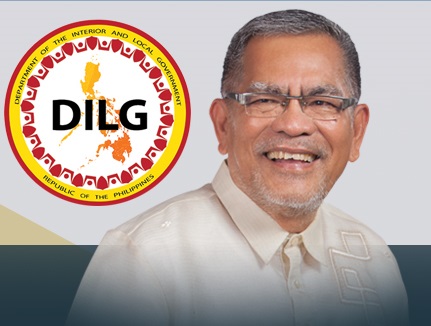 MANILA, Philippines – More than 6 months since President Rodrigo Duterte’s announcement of members of his Cabinet, the Commission on Appointments (CA) on Tuesday, December 13, confirmed Ismael “Mike” D. Sueno’s appointment as the 16th secretary of the Department of the Interior and Local Government (DILG).

“I am humbled by the CA’s confirmation of my appointment, and I assure them, the President, and the public, that I will not fail them,” Sueno said.

Local Government Senate Committee Chair Juan Edgardo “Sonny” M. Angara, one of those who endorsed Sueno’s appointment, was impressed by the achievements of the secretary during his first 100 days in office. He focused on campaigns against drugs, corruption, and criminality down to the barangay level.

“Secretary Sueno is an ideal fit in the Cabinet, and I believe that he will throw his full talents and support behind the President and our colleagues in government for the good of the Filipino people,” Angara added.

Senator Gringo Honasan also said that since Sueno is a former seminarian, the “DILG is in good hands.”

Sueno thanked Congress for acknowledging his leadership in the DILG’s anti-drugs and criminality drive, and for giving him the opportunity to serve the public.

Since he took charge of DILG, Sueno narrowed down his priorities to 3: communities that are safer from the threat of criminals, especially those peddling illegal drugs; peace and order at the barangay level; and shortening the processing of business licenses.

His emphasis was his vision on the empowerment of barangays, something which, he believes, can help solve pressing problems of drugs and corruption that are likewise the focus of the Duterte administration.

One of his projects is the Masa-Masid (People’s Watch) program launched on Septermber 28, which aims to mobilize community support to eliminate drugs and crime at the barangay level by helping the police gather intelligence and information.

Sueno has also upheld transparency and the rule of law in the DILG’s investigations on “narco-execs” through the agency’s legal and investigative task force “Task Force Agila”. More than 50 local government officials have been probed on alleged links to the illegal drug trade.

Sueno has urged the LGUs to accomodate surrenderees from the Philippine National Police’s Oplan TokHang where police officers knock on the doors of suspected drug users or pushers and ask them to stop their illegal drug activities.

As an initiative, the DILG took a holistic approach against illegal drugs by dealing with private business groups to help build rehabilitation centers. Among them is the San Miguel Corporation (SMC) that recently donated P1 billion.

The DILG also facilitated the construction of the 10,000-bed mega drug treatment and rehabilitation center in Fort Magsaysay, Nueva Ecija.

Another notable project by the DILG is the Emergency Hotline 911 launched on August 1 to provide immmediate emergency assistance to the public in line with the government’s anti-criminality program.

Other than anti-drugs and anti-criminality drives, the DILG also strengthened its programs on public safety, local economic development, business-friendliness and competitiveness, and poverty reduction; the Public-Private Partnership for the People Initiative for Local Governments (LGU-P4); the new streamlined Business Permits and Licensing System (BPLS); speedy rehabilitation and recovery of LGUs from disasters; budget reforms for the poorest LGUs; and information and education drive on federalism.

Sueno is no newbie in public service. Angara made sure to recognize Sueno’s past achievements in his sponsorship speech on Tuesday, December 13.

Following his father’s footsteps, Sueno became the municipal mayor of Koronadal City from 1980 to 1986 at the height of the People Power Revolution. He was then governor of South Cotabato from 1986 to 1992.

In 1997, he was appointed by former President Fidel V. Ramos as member to the Southern Philippines Council for Peace and Development (SPCPD), the body that created to implement the “Tripoli Agreement” signed between our government and the Moro National Liberation Front (MNLF)

Sueno also founded the South Cotabato Foundation, Inc. and the Tinguha Foundation which have initiated socio-economic programs and services designed for micro-entrepreneurs, farmers, fisherfolk, indigenous people, women, and the youth.

President Duterte had earlier addressed the media about his newly-appointed Cabinet members, “I can assure you that they are all men of integrity, honesty. Wala akong nakitang talagang bahid sa kanila. (I did not see any stain in their reputation.)”

Sueno has the full support of his colleagues as well.

DILG Undersecretary Austere Panadero added:“We knew that his confirmation would be a breeze because his passion for public service is contagious.  We are 100 percent behind him in all his plans and programs to continuously empower our local governments and ensure the peace and safety of our communities.”  – Rappler.com