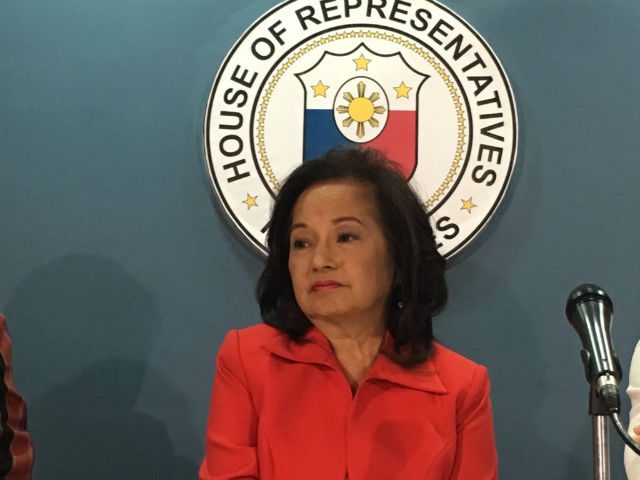 “It has come to my attention that rumors have been circulating that I will soon be replacing Speaker Pantaleon Alvarez. I categorically deny that. I don’t have any plans of taking his place,” Arroyo said in a statement on Wednesday, December 14.

Rumors have been circulating in political circles that Alvarez will be chosen to head the Department of Transportation (DOTr) by next year, supposedly as part of President Rodrigo Duterte’s plan to revamp the Cabinet.

Arroyo, former president and currently a deputy speaker, was supposedly going to replace Alvarez as Speaker.

Alvarez, however, already denied receiving any offers from Duterte. He considers being appointed DOTr chief as a “demotion” from being Speaker of the House of Representatives.

This is not the first time that Arroyo was rumored to have been offered another post by the President.

There were previous whispers that the Department of Foreign Affairs post was being prepared for Arroyo as well. But she denied getting any offers to join the Cabinet. – Rappler.com