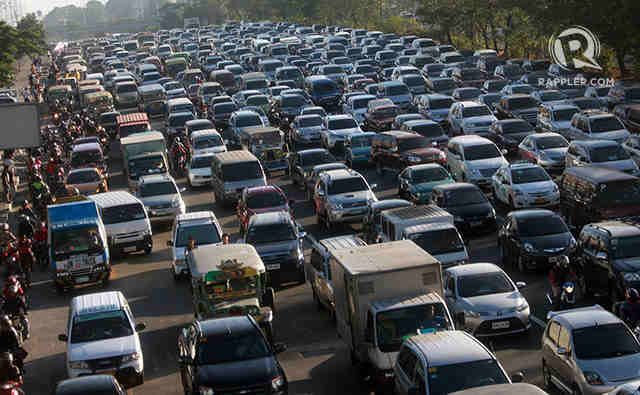 MANILA, Philippines – A bill seeking to grant emergency powers to President Rodrigo Duterte to solve traffic crises on land, air, and sea has advanced in the Senate, as Senator Grace Poe sponsored it on Wednesday, December 14. (READ: Metro Manila has ‘worst traffic on Earth’ – Waze)

Senate Bill 1284 authorizes Duterte, through his appointed traffic crisis manager, to exercise overall management and supervision functions in the execution of the “Traffic Crisis Action and Decongestion Plan” for land, air, and seaports until June 2019. (READ: Senators eye traffic czar as ‘point person’ for emergency powers)

“Philippine transportation infrastructure at present has been unable to keep with the demands of a rising economy and growing population. The traffic and congestion crisis in Greater Metro Manila and Metro Cebu, as manifested in the debilitating long hours of daily commute, has assumed the nature and magnitude of a public calamity,” Poe said in her sponsorship speech.

“It is a crisis of national significance requiring urgent, immediate, and focused actions from the government,” she added.

Despite pushing for the bill, Poe lamented the executive’s failure to provide a comprehensive plan to solve the problem. She has repeatedly criticized the Department of Transportation, the main agency tasked to handle the issue, for failing “to get their act together.”

“If this bill passes into law, then the executive department will no longer have an excuse and should stop pointing fingers as to its inability to address the traffic crisis in the country,” she said.

While the bill moves forward in the Senate, the House of Representatives has yet to advance the measure, which is included in the President’s legislative wishlist. Speaker Pantaleon Alvarez even slammed the DOTr for its inefficiencies. (READ: Alvarez: ‘No doubts’ on Tugade, but DOTr must step up)

The bill, if approved, will be implemented only in the National Capital Region, Greater Metro Manila, and Metro Cebu. Other cities like Davao City and Cagayan de Oro City may implement the same as long as they provide a traffic masterplan, Poe said.

For Metro Cebu, the following areas are covered: cities of Cebu, Mandaue, Talisay, Danao, and Lapu-Lapu; and the municipalities of Carcar, San Fernando, Naga, Minglanilla, Consolacion, Liloan, Compostela, and Cordova.

Programs and projects under the Traffic Crisis Action and Decongestion Plan include the following:

The traffic crises manager also has the authority to use alternative methods of procurement such as selective bidding, direct contracting, negotiated procurement and other legal modes to speed up implementation of key transportation projects.

Poe said she is expecting the bill to have a rough time in the Senate, which is set to start debates on the measure once session resumes in January 2017. (READ: Recto hits DOTr’s ‘unfunded, scattered’ plans vs traffic) – Rappler.com