What Duterte accomplished in Cambodia SINGAPORE – President Rodrigo Duterte is bringing home 4 cooperation deals from his two-day state visit to Cambodia, the 7th Southeast Asian country he has visited as the Philippines’ leader.

The joint tourism program aims to revitalize tourism between the two countries, especially given the imbalance in tourism arrivals. Cambodians traveling to the Philippines from January to August this year numbered only 2,381 while Filipinos who traveled to Cambodia in the first half of 2016 numbered 70,680. To even out the numbers, one of the program’s priorities is the establishment of direct flights from Manila to Cambodia’s capital Phnom Penh and also Siem Reap, according to Tourism Secretary Wanda Teo.

Another aspect of the agreement is enhanced exchange programs for Filipino and Cambodian hospitality and tourism students.

Aside from government-to-government deals, Duterte’s visit sought to encourage Cambodian investors to do business in the Philippines and help create more jobs for Filipinos.

Trade Secretary Ramon Lopez, during a December 14 press conference, said Cambodian businessmen are interested in investing in tourism and finance.

Duterte ‘measured up’ to occasion

Duterte had a jam-packed schedule in Cambodia, first meeting with the Filipino community there on December 13. The next day, he was welcomed at the Royal Palace Grounds where he was received by King Norodom Sihamoni.

Foreign Secretary Perfecto Yasay Jr, who was part of the Philippines’ official delegation, thanked the King for receiving Duterte during a Buddhist holiday, a time when the King usually goes on retreat.

Yasay was also thankful that Cambodia elevated Duterte’s visit to a state visit even if the Philippine government only requested for a working visit.

The Foreign Secretary was himself “amazed” that Duterte, known for his informal ways, “measured up” to the meeting with the Cambodian royal.

“I was personally amazed by the fact that our President had measured up to this very important occasion. The President himself was also very regal, very elegant, and very gentle insofar as his engagements with His Royal Majesty this morning,” said Yasay during a December 14 press conference.

The President laid a wreath at the Independence Monument and the Monument of the King-Father of Cambodia. 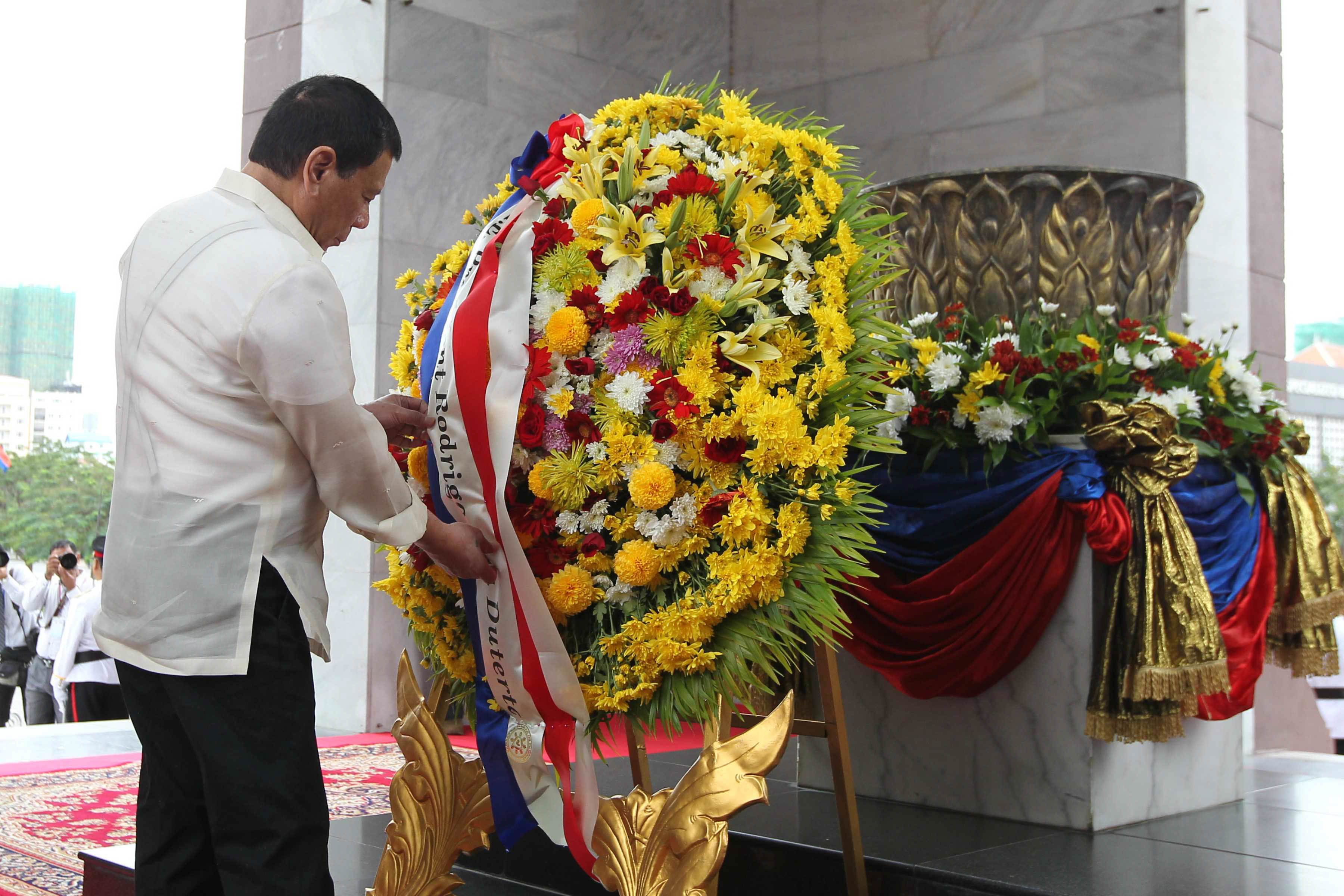 Duterte then joined Prime Minister Hun Sen in an expanded bilateral meeting with their ministers and Cabinet officials after which they signed the 4 agreements.

He also had a meeting with Cambodian Chamber of Commerce President Kith Meng and met with Philippines-Cambodia businessmen and executives.

Before leaving for Singapore on December 14, Duterte was treated to a royal banquet in his honor hosted by His Majesty King Norodom Sihamoni at the Royal Palace.

His visits to Cambodia and Singapore are meant to fulfill his obligations as chairman of the Association of Southeast Asian Nations next year. The Philippines is hosting the regional grouping’s summit in January. – Rappler.com