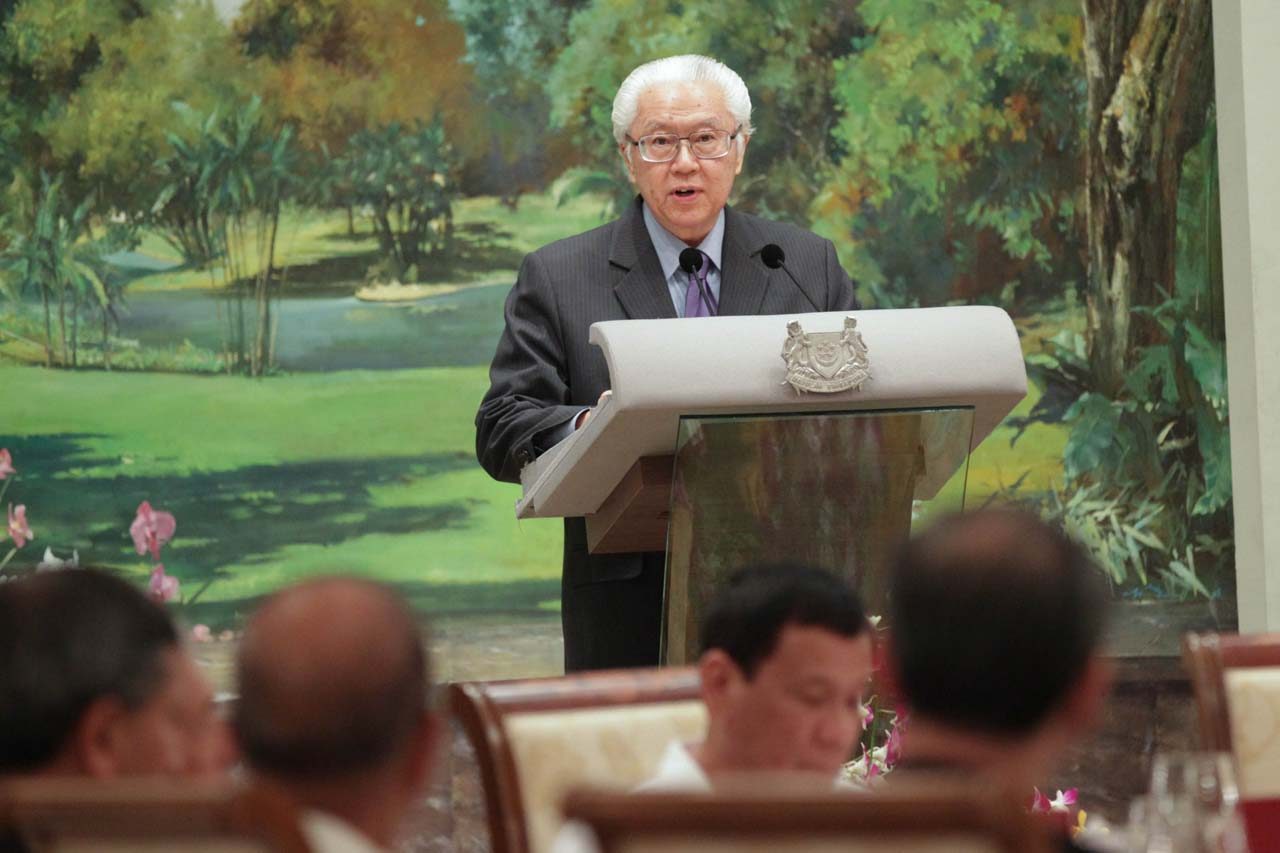 In his speech at a state banquet he hosted for Duterte on Thursday, December 15, Tan said the Singaporean government is encouraging Singapore companies to invest in other parts of the Philippines outside the national capital.

“In line with the current administration’s priorities for inclusive economic development, IE Singapore is also encouraging Singapore companies to venture beyond Metro Manila, into cities such as Davao and Cebu,” Tan said in his toast.

IE Singapore will be more active next year in promoting the Philippines as a country where Singaporean companies can invest, Tan said.

This year, IE Singapore was able to help some companies in the renewable energy and consumer products sector land their first projects in the Philippines, added the Singaporean leader.

Duterte previously said he wants to open up the telecommunications and energy sectors to foreign players to ensure quality service for Filipinos.

The Philippine President, in all 10 of his foreign trips so far, encouraged foreign businessmen to invest in the Philippines to create more jobs for Filipinos.

His administration wants to pave the way for the eradication of poverty by 2040, which experts say requires the Philippines to create 1.3 million to 1.5 million jobs every year for the next 20 years.

The challenge for the Duterte government, economic managers have said, is to ensure economic growth is inclusive or felt by all sectors of society.