Yasay to US: Friends don’t give aid with conditions 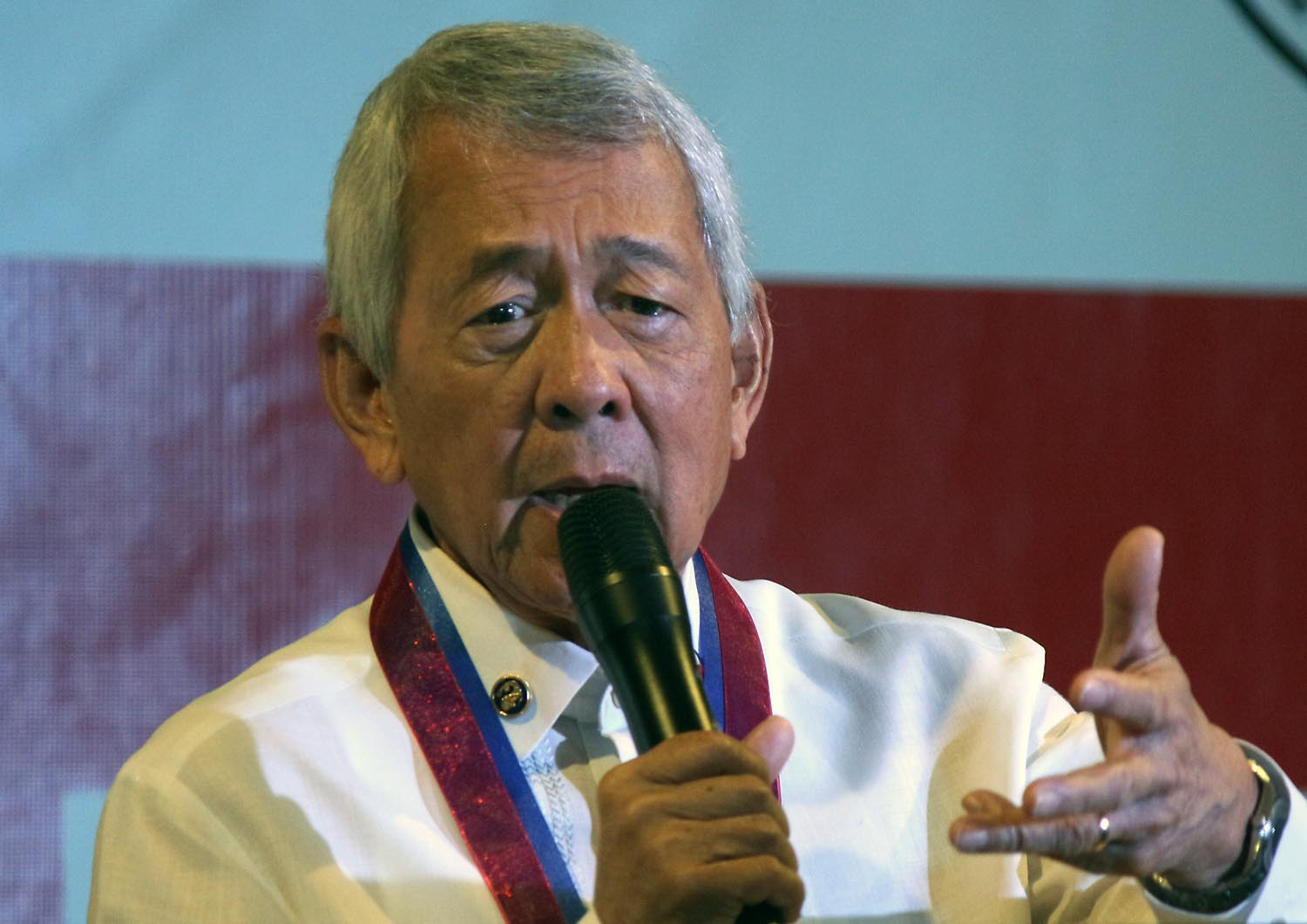 SINGAPORE – Reacting to the non-renewal of a US aid package to the Philippines, Foreign Secretary Perfecto Yasay Jr said any assistance given in friendship should be unconditional.

“Part of the friendship and assistance on account of our special relationship with the United States, is predicated on this Millennium Corporation Assistance and if they would really like to help us on the basis of our need, they should impose this and give it to us rather, without any conditions,” Yasay said on Friday, December 16.

He was responding to questions at a news conference in a hotel in Singapore where President Rodrigo Duterte was on a state visit.

On Thursday, the US Embassy announced that the Millennium Challange Corporation (MCC), a US aid-giving body, did not renew a grant to the Philippines due to “significant concerns around rule of law and civil liberties.”

While the MCC grants are a “very good project,” Yasay regretted the “conditions” the organization has been imposing on the Philippines despite the dire need for aid in impoverished parts of the country.

“We feel very strongly that, as friends, this is not that the tack that should be adopted,” he said.

Yasay criticized the MCC for deciding on the grant based on “unverified reports” of state-sponsored extrajudicial killings.

It would have been better, he said, if MCC talked to the Philippine government about its concerns.

“This matter can be best and effectively resolved if we talk, without engaging propaganda or press prematurely in terms of trying to validate and verify these concerns,” said Yasay.

‘Treat us with respect’

The Duterte administration, he said, has observed how these “conditions” from the US surfaced after President Rodrigo Duterte announced his pursuit of an “independent foreign policy.”

Still, Yasay hopes the US government and MCC officials change their mind about holding back aid.

“We would hope that America would try to reconsider this. This has always been our appeal to America. Treat us with mutual respect and treat us a sovereign equal. You cannot just simply that, ‘Oh we know, we would like to give this to you but you have toe the line insofar as our policy is concerned,'” he said.

If the non-approval of aid is a “ploy,” Yasay said the Philippine government won’t bite.

The Foreign Secretary gave assurances that, like the US, the Duterte government is “very deeply concerned” about reports of summary killings and that it is trying to address the problem “in the best way we can.”

On the impact of the withheld aid to the Philippines, Yasay echoed Socio-economic Planning Secretary Ernesto Pernia, saying though the aid is “substantial,” government officials are “not really bothered by it.”

The MCC, created in 2004, describes itself as an “innovative and independent US foreign aid agency that is helping lead the fight against global poverty.”

The MCC has a set of criteria for selecting countries eligible for grants. These countries are evaluated based on their commitment to “ruling justly, economic freedom, and investment in their citizens.”

Under ruling justly, experts rate countries based on several indicators, including rule of law and human rights.

In 2010, the MCC granted the Philippines a 5-year compact worth $434 million aimed at poverty reduction through economic growth.  In December 2014, the MCC announced that the Philippines as eligible for a second compact, citing its fight against corruption.

The MCC scraps grants to countries that have failed to meet its criteria. In May, it cancelled its aid to Tanzania over questions in its electoral process. – Rappler.com