Cuevas in white and other trademark looks

MANILA, Philippines – All eyes of the nation are on the impeachment trial of Chief Justice Renato Corona.

The courtroom has been a chance for his defense counsels to show off their legal savvy, their quick wit and well, their wardrobe.

Here are some of the styles that highlight the sometimes tedious proceedings. Or the ones some journalists notice when they’re most tempted to zone out during professor, er, Senator-judge Miriam Defensor-Santiago’s lectures.

Lead counsel Serafin Cuevas is the only one in the courtroom who wears a white suit. And thank goodness for that. Luckily, the former associate justice is one of the very few men in the nation — no, the world — who can pull it off and still look respectable. Cuevas, however, turned heads on Day 18, February 15, when — for the first time since the impeachment trial started — he appeared in a black suit instead of his trademark white. The social media site immediately flooded with reactions as soon as Cuevas walked into the courtroom wearing ebony. We were unable to get Cuevas’ comments on the drastic change but he has said before that he prefers white over black because black makes him look older. And at 83 years old, who can blame him for wanting to look a tad bit younger?

While all other men in the courtroom don conservative neckties, defense counsel Joel Bodegon faithfully rocks the bow tie.

Bodegon has never been seen in a necktie and don’t count on it anytime soon. He says he prefers wearing the more unusual version because it is easier to maintain. He even gave an example: when he spills a drink, he says, there is no necktie that needs laundering. Practical man.

The bespectacled lawyer has boasted bowties of all colors like it’s nobody’s business, and well, frankly, it isn’t. And then there’s the one woman.

Sen Francis Escudero said it best when, in an ANC interview, he said, “Biniro ko si Karen Jimeno, kelan ka mag-uulit ng damit? Tinanong ko naman si Cuevas, kelan kayo magpapalit ng damit?” (I kidded Karen Jimeno, when will you repeat what you wear? Then I asked Cuevas, when are you going to change clothes?)

Defense spokesperson Karen Jimeno has turned the Senate into a runway, usually with purses that match her stylish outfit. She is often seen in high-heeled shoes and a dress or skirt cut above the knee, which, incidentally, is prohibited in the Senate building.

But the fashion police (or Manong Senate staff) don’t seem to mind. No objections? Proceed!

When the defense is in red, they mean business.

The counsels of Corona dressed in the color of passion the day that pro-Corona supporters rallied in support of him at the Supreme Court. That was the same day the Chief Justice and his wife Cristina emerged from the balcony of the SC building to greet these supporters.

The defense lawyers did it again on Sunday, February 12, when they hosted their now infamous surprise press conference at the Club Filipino in San Juan. The red looked like a declaration of war to others, and even a symbol of protest and fiery anger at their claims of Malacañang’s alleged bribery of senator-judges. The collective red looked bold, united and serious… a serious fashion statement, that is.

In a sea of neutral tones, bright colors will certainly pop out. And in defense counsel Judd Roy III’s case, that bright color is usually orange. 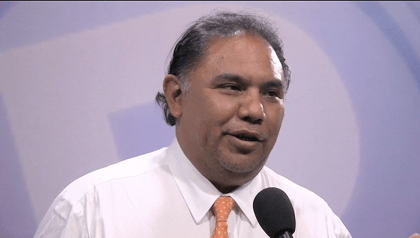 Roy admits to liking the color which he says is the color of “passion.” He also said that his law firm’s theme color is orange, which explains his usual preference for tangerine ties and his bright orange Macbook.

Why he wears red socks every day however, is beyond our comprehension.

He says he just likes wearing red socks, and we say, good for you!

No motion to oppose them has yet been filed. – Rappler.com