After 17 years, LGBT anti-discrimination bill up for Senate debate 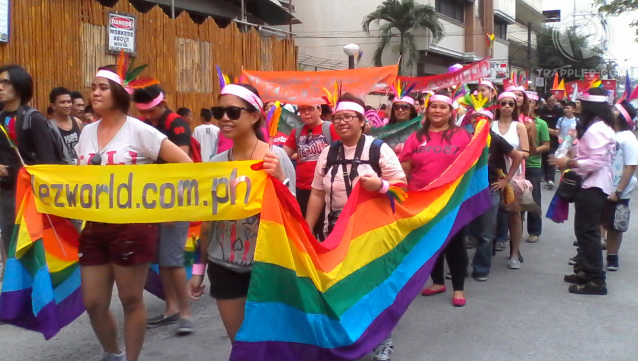 MANILA, Philippines – After nearly 2 decades, the bill seeking to protect the lesbian, gay, bisexual, transgender, queer, and intersex (LGBTQI) community from hate crimes and discrimination has finally reached the Senate plenary. (READ: The long road to an LGBT anti-discrimination law)

Citing the case of slain Filipina transgender Jennifer Laude, Hontiveros said the Philippines has the highest rate of murders of transgender people in Southeast Asia and the second in the continent. (READ: Killing of Jennifer Laude a ‘hate crime’ – police report)

Hontiveros said the bill, if passed into law, would ensure that stigma and hate would not hinder LGBTQIs from accessing education, healthcare, employment, and other basic rights.

“Globally, fundamental victories were accomplished in terms of securing LGBT rights and welfare, more notably an adoption or strengthening of their respective anti-discrimination laws,” Hontiveros said in her sponsorship speech. “However, the same thing can’t be said for the Philippines. For the last 17 years, Congress has failed to pass the anti-discrimination bill. The LGBT community cannot wait any longer.”

In 2017, senators are expected to debate on the measure and introduce their own amendments before the committee approves the new version. It would then be up for approval in the 2nd and in the 3rd and final reading.

Recent Senate records show the bill was first filed in 2000 by the late senator Miriam Defensor-Santiago and by former Akbayan Representative Loretta Rosales. Santiago and former senator Ramon Revilla Jr filed similar measures in 2004 but ended up in limbo. They re-filed them in the 14th congress but the bills only reached the committee level. More senators filed similar measures in the 15th and 16th congresses but to no avail.

Similar measures are now pending in the House of Representatives but are still in the committee level. In the previous 16th Congress, the measure hurdled the House committee on women and gender equality after a series of debates and amendments. It, however, failed to get the votes of the plenary. (READ: Emotional Roman urges Congress to pass anti-discrimination bill)

The measure prohibits the following discriminatory practices against LGBTs:

Government officials who would refuse to investigate, prosecute, or act on any complaint shall face administrative sanctions. – Rappler.com