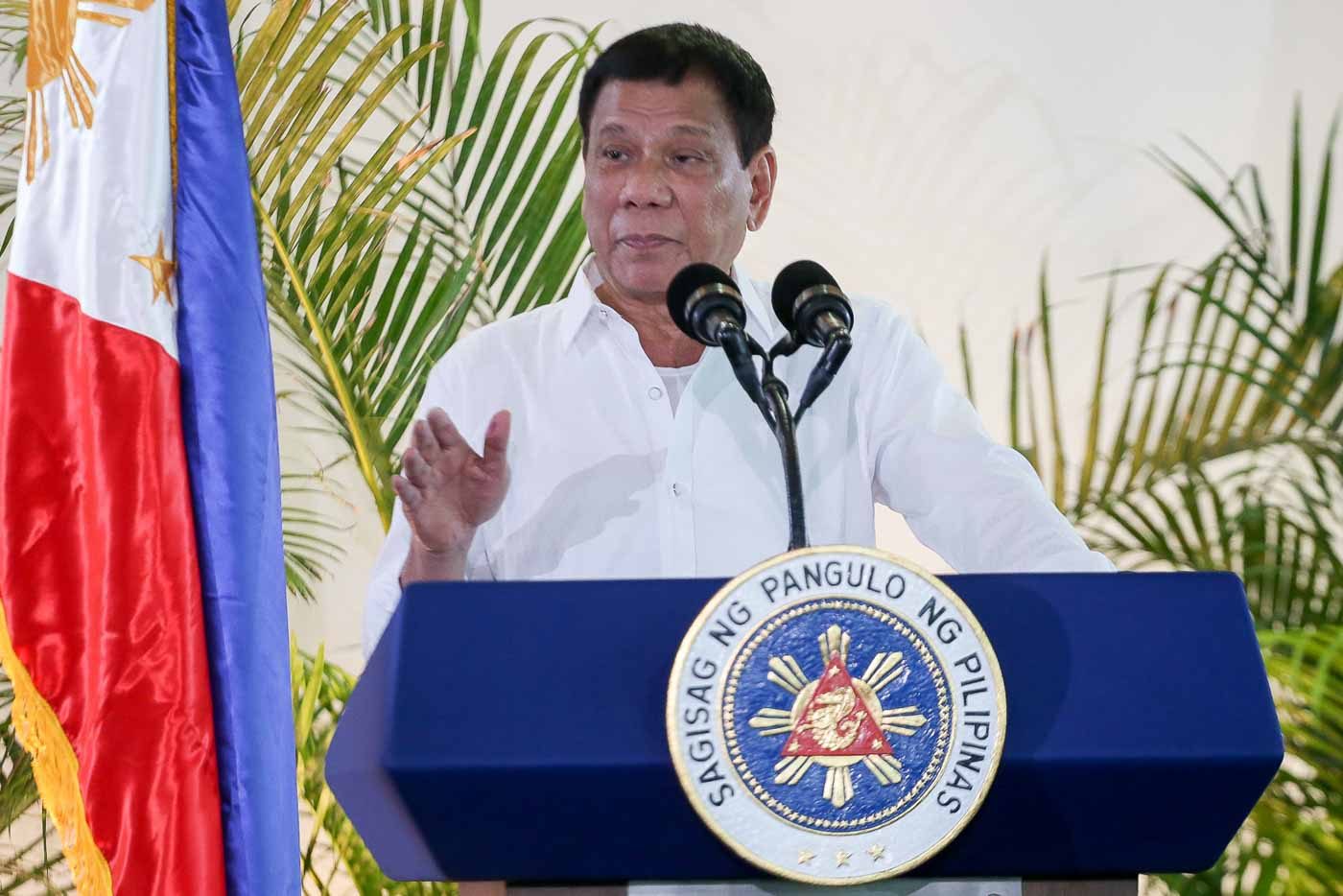 Facebook Twitter Copy URL
Copied
'What's the point? What do you trust, the paper or his actions? You know, you see him, he’s all over the place...You know, sometimes it takes God to stop him'

MANILA, Philippines – Amid growing calls for President Rodrigo Duterte to release updates on his health, Malacañang said there is no need for it as the chief executive has been “very transparent” about the topic.

Downplaying rumors, Presidential spokesman Ernesto Abella on Tuesday, December 20, even went as far as saying that “it takes God” to stop Duterte from working and moving around.

“The President’s health is very transparent. You know, like people ask should we have a medical bulletin? But I think he’s so transparent about himself,” Abella said in a press briefing.

“Those working hours that he has are amazing. He goes beyond the mere 8 hours, he goes to 14, he goes to 16 hours and still keeps going. You know, sometimes it takes God to stop him,” he added.

But for the Palace, there’s no point to release such document, which would be difficult for the President and Malacañang to – again – retract. He maintained Duterte has already stopped taking Fentanyl, a powerful painkiller also prescribed for cancer, to ease his spinal injury

“Yeah. But, what’s the point? What do you trust, the paper or his actions? You know, you see him, he’s all over the place,” Abella said, reiterating that the public should take Duterte seriously but not literally.

During the campaign, Duterte missed some events due to health issues, prompting other candidates to demand the release of his medical records.

His earlier admission of taking the powerful drug for chronic ailments has prompted concern about his health, with legislators urging him to undergo a medical examination and disclose the results.

‘Give him a break’

Despite Duterte’s admission, Abella said the President is in “the pink of health.”

“But based on results, he seems to be going very very well. Apparently, he draws strength from his inner source of well being. I don’t know where he gets it but he certainly has. He’s in the pink of health,” Abella said.

In the same briefing, however, he admitted that just like any person in his or her old age, Duterte does not always feel healthy.

Abella was quick to say that such occurences are just natural, urging the public to give the 72-year old President “a break.”

“As my daughter said in Philippine Heart Center, she said, ‘Much of these things you go through are really wear and tear.’ I mean, he’s 72 years old, give him a break. Give him a break,” the spokesman said.

Aside from his spine injury, Duterte – the oldest Philippine president upon assumption of office – has also mentioned several times his other ailments, such as Buerger’s disease, Barrett’s esophagus, GERD, and daily migraines. – Rappler.com